Greg Strand captured a rare albino porcupine, appearing to be young, in the Windham woods on December 6. 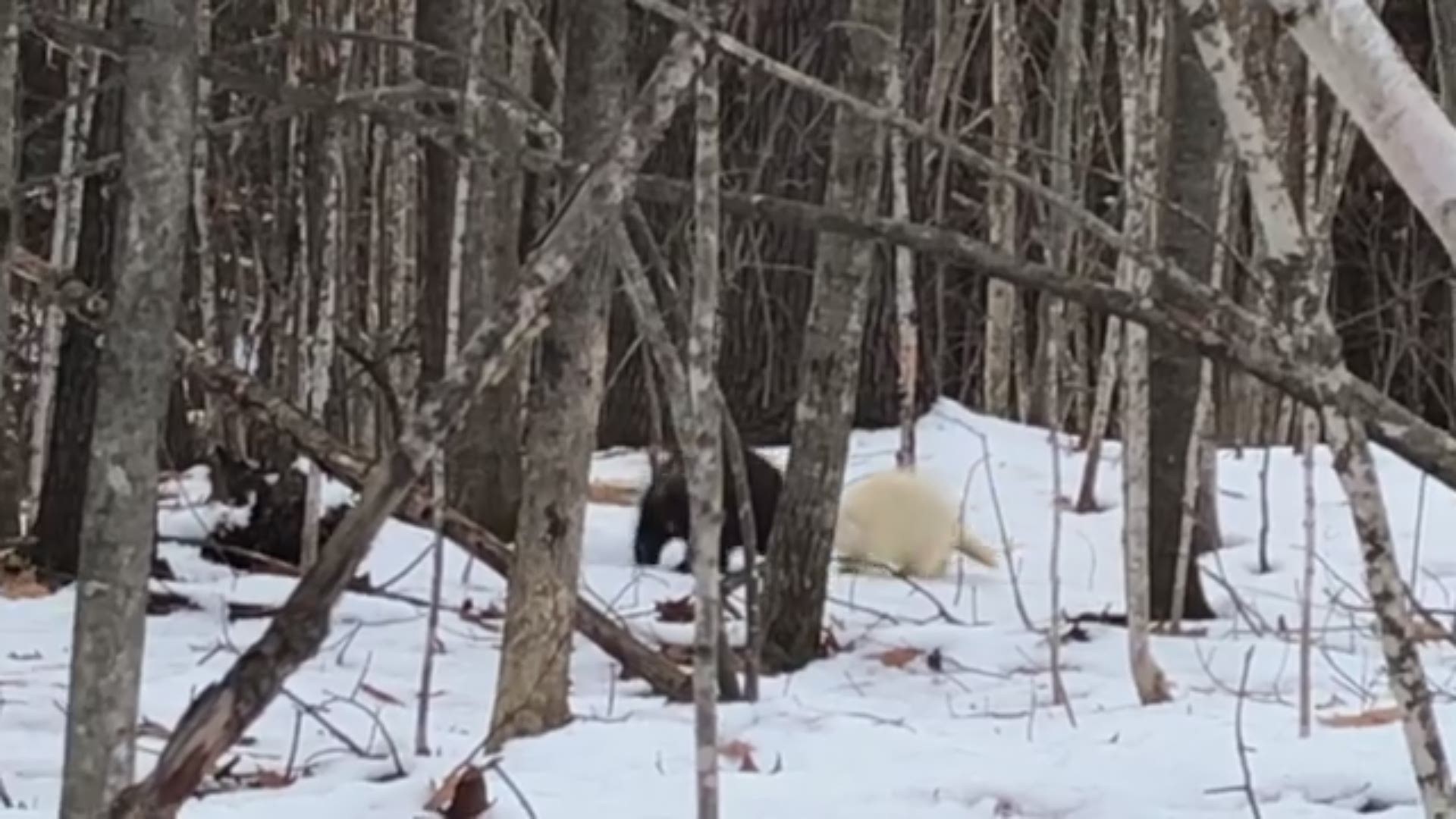 WINDHAM (NEWS CENTER Maine) — A lifetime hunter and fisherman, Greg Strand enjoys capturing wildlife in the Maine woods, but this season brought him a rare treat.

In early December, Strand was walking in the Windham woods just before sundown when he heard a commotion and ducked out of sight to see what was heading his way. At first, he spotted what appeared to be a larger adult porcupine, but as it came closer, he noticed a smaller creature camouflaged by the pearly snow: a rare albino porcupine.

"I knew it was special." Strand says he had never seen an albino anything and was excited to share the video with other wildlife enthusiasts.

"Porcupines usually get a pretty bad rap, we hear about how dogs get into them...but to actually see them in the wild, peaceful and as cute as they are, was really interesting."

Strand's wife, also a nature lover, posted the video on Facebook, and thousands of people have watched and shared it.

"Albino animals regardless of species are pretty rare," says Robicheau.

Strand says he was not surprised by the interest in his video online because he knew it was such an unusual encounter.