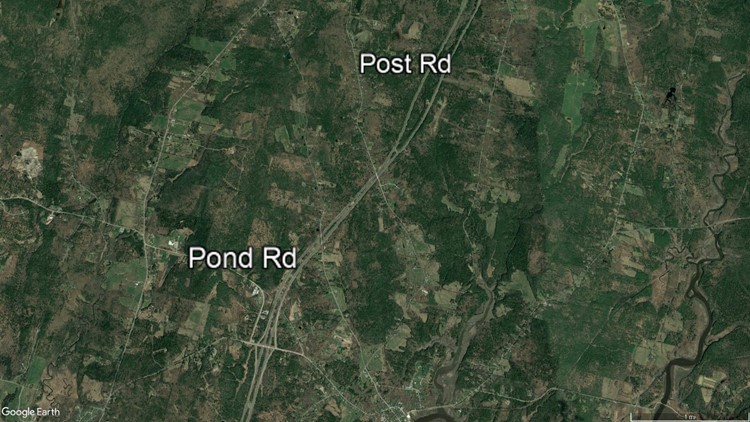 The Sagadahoc County Sheriff's Office responded to the first report of a fox attack around 9:02 p.m. on Wednesday, May 7. Dep. Matt Sharpe headed to Pond Road after a fox reportedly chased a woman's dogs and then bit her while she was trying to get the animals into her house.

The 39-year-old woman was treated by EMS and then went to Mid Coast Hospital for a follow-up appointment. Her dogs were taken to their veterinarian, although police say it is unclear whether they were bitten.

The second call came about half an hour later at 9:37 p.m.

Local animal control officer Cliff Daigle had arrived on scene to investigate the first incident with Dep. Sharpe when the two were called to Post Road in after another resident reported a similar problem.

In this case, the resident had heard his dogs barking and saw a fox chasing them in the yard. He was able to call his dogs into the house, but the fox followed -- so the resident pinned the animal between the door and the wall. His son then got rid of the fox.

Neither of the men suffered bites from the fox, but one of their dogs did.

Daigle bagged the deceased fox and took it to Maine Health and Environmental Testing Lab. He also noticed that the fox had some porcupine quills embedded in it.

The Sagadahoc County Sheriff's Office released a notice on Thursday that testing confirmed the fox was rabid. The attacked dogs are all being looked after by their veterinarians and will be quarantined, if necessary.

This is the 7th cases of rabies in Sagadahoc County this year, according to Maine's Center for Disease Control. That's the highest count of any other area in the state.

Officials are reminding people to stay aware of their surroundings and to report any animals that are acting strangely.