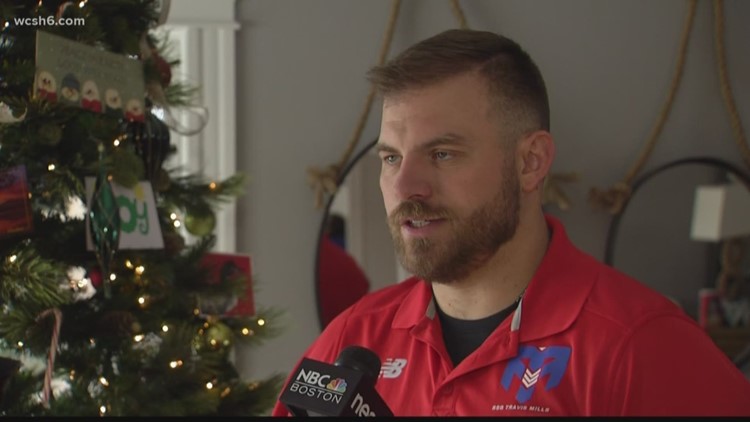 UNITY, Maine — A soldier who lost all four limbs in an explosion in Afghanistan and created a foundation to help other war-injured veterans had some advice Saturday for graduating seniors at Unity College.

"No matter what, life goes on," Mills told the crowd. "It's going to always get better if you make it that way."

The Travis Mills Foundation brings war-injured military personnel to a retreat in Maine to continue their recovery surrounded by family and those who understand.

Mills mixed his inspirational talk on Saturday with self-deprecating quips, such as one about how he never gets a speeding ticket when he gets pulled over. He also received an honorary doctorate and joked about finally getting a degree. Mills attended community college in Michigan before joining the Army.

Elsewhere, Democratic Gov. Janet Mills delivered the commencement address at the University of Southern Maine. She talked about the importance of adversity, and not giving up. "I hope that you are never afraid to fail and that you dare greatly," she said beforehand.