The facility was the main focus of President Donald Trump's visit to Maine in June. The money will be used to increase production of flock tip swabs. 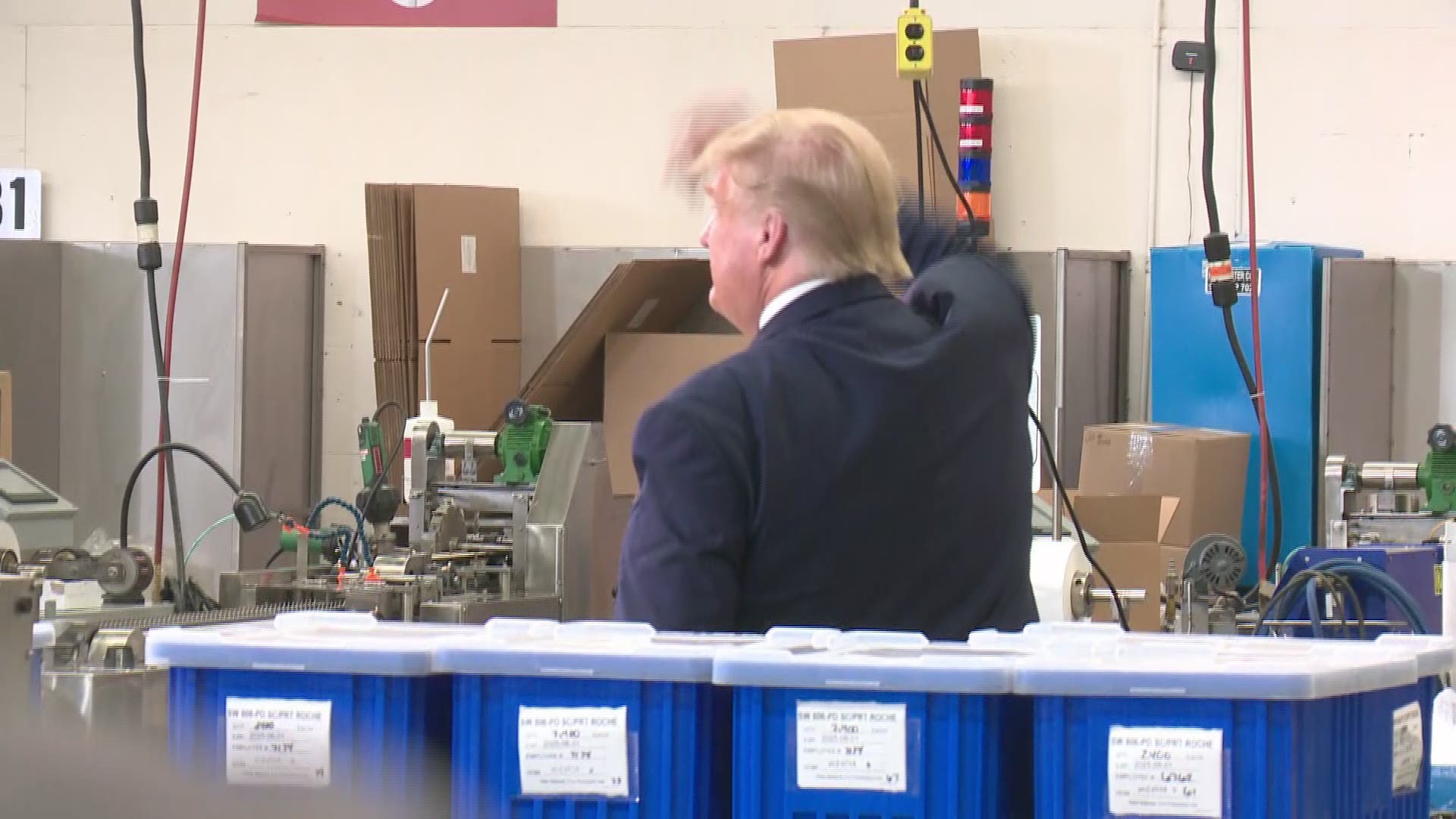 The Puritan facility was the main focus of President Donald Trump's visit to Maine on June 5. In reference to the swabs Puritan makes, Trump said at the time, "I shouldn't be telling you this, I use it every other day."

The $51.2 million was funded through the CARES Act and will be used to significantly increase production of flock tip swabs to 50 million per month.

“This substantial investment at Puritan is going to make a real difference in the lives of people in Maine and throughout the country. Increasing the production of COVID-19 swabs to at least 90 million per month will provide a tremendous boost to testing efforts, helping to reduce the spread of the virus and allowing us to safely reopen communities,” Senator Susan Collins said. “I commend Puritan’s hardworking employees, and I am proud that this manufacturing that is so critical to the health of our nation is happening right here in our great state.”

RELATED: All swabs will be thrown out following Trump visit, Puritan says

Back in June, Trump toured the facility and then spoke in front of about 150 Puritan employees.

Some Puritan employees shared their thoughts and what it was like as he toured the facility and congratulated the workers for their efforts.

"It was amazing!," said Diedra Dow, an operator and assistant production coordinator at Puritan.

"It was surreal!" said Priscilla Widen from the Puritan First Aid team.

Arne Halvorsen has been working making COVID-19 swabs for 3 months.

"I actually have a full-time job, they put a sign up in the middle of town looking for help," said Halvorsen.

Halvorsen told NEWS CENTER Maine the country is in a crisis and helping by making critically needed swabs was the way he could help out.