Proud Boys get international exposure. So who are they?

The Proud Boys formed in 2016, along with other alt right groups. A local hate group expert explains who they are and their connection to Portland. 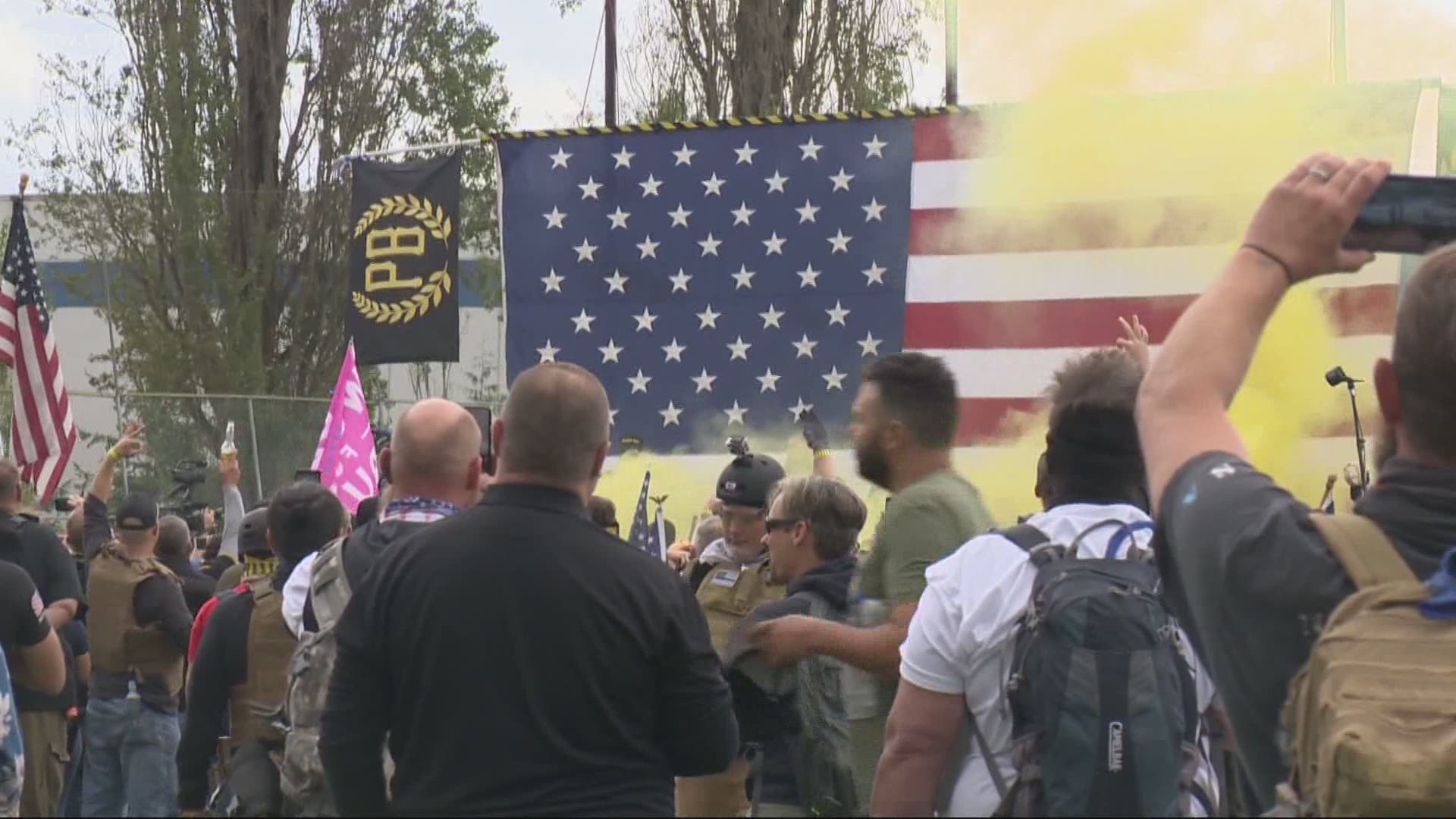 PORTLAND, Oregon — You don't have to go back very far to feel the Proud Boys' presence in Portland. Their rally in Delta Park last weekend, billed as an event that would draw thousands, drew only a few hundred.

But in August Proud Boys and others from the alt right mixed it up with antifa and other protesters, in violent confrontations here.

Sociologist Randy Blazak has studied alt right and hate groups for years. He said the Proud Boys formed online in 2016, like other similar groups, with an anti-immigrant, anti-Muslim, anti-feminist agenda.

“And then with the ascent of Donald Trump it really kind of moved into the streets,” said Blazak. "And one of the best ways to kind of characterize them is that they're sort of the modern equivalent of the racist skinheads of the 1980s and 1990s."

Blazak said it's unclear how many Proud Boys there are; its members are spread throughout the country. But some live in this area and others like to visit, thanks to Oregon’s racist history and Portland’s progressive present.

“Because Portland has a pretty strong anti-racism community and a progressive community, that’s brought the attention of the people on the right that this is where you want to go to have your fights: Portland, Oregon,” said Blazak.

The violence has been chilling. Proud boy Alan Swinney was arrested Wednesday for what police say he did in August, including shooting and injuring someone with a paintball gun, spraying someone with mace, and pointing a handgun at a counter protester during an intense confrontation.

However you classify them, the Proud Boys got a lot more exposure, thanks to the President of the United States. And they're capitalizing on it. Leader Joe Biggs put out the Proud Boys logo on his social media with the "stand back, stand by" slogan added.

Herrera Beutler Tweeted, “Last night's debate was the worst I've ever seen. Since it wasn't made clear last night, let me state unequivocally that all of us must reject white supremacy in all its forms and violence by anyone for any reason. The President needs to clarify his remarks immediately.”

Last night's debate was the worst I've ever seen. Since it wasn't made clear last night, let me state unequivocally that all of us must reject white supremacy in all its forms and violence by anyone for any reason. The President needs to clarify his remarks immediately.

The Southern Poverty Law Center designates the Proud Boys as a hate group. Blazak says it is one of several, emboldened to damage our democracy.

“It’s a very threatening moment because as we’ve seen these people are also very heavily armed as we’ve seen and there is certainly reason for concern, I mean this is a fascist movement,” he said.