Protesters chant, march through Portland in solidarity with Palestine

Protesters spent hours Wednesday evening marching through Portland, calling for peace in the Middle East and the end to violence against Palestinians

PORTLAND, Maine — A chorus of chants echoed through downtown Portland Wednesday evening as more than 100 protestors took to Portland City Hall, followed by the streets of Portland, as they marched in solidarity with Palestine.

"This is a humanity crisis, and what's happening to Palestinians is inequitable and unjust," said Sahra Hassan, one of the organizers of Wednesday's protest coordinated by the group Portland For Palestine.

Those in attendance at Wednesday's rally called for an end to violence against Palestinians in the Middle East, as well as to raise awareness about the current situation in the region.

Wednesday's rally came just weeks after a cease-fire between Israel and Hamas, following 11 days of destruction and violence in the Gaza Strip.

Protestors are beginning to March through Portland, currently walking up Congress St towards Monument Square pic.twitter.com/X7lKlMXceq

"None of this has anything to do with being anti-Israel, or anti-Semitic. It has nothing to do with that. It's about giving some legitimacy and some attention to the needs of another people that have been in that part of the world for thousands of years called the Palestinian people," said Tim Paradis, a volunteer with Maine Voices for Palestinian Rights.

A number of volunteers were out gathering signatures on a petition for Maine's Congressional delegation. The petition called for Maine's members of Congress to recognize violence against Palestinians, and to vote against future military or financial aid to Israel.

According to NBC News, recent conflict in the Gaza Strip has left more than 200 Palestinians and a dozen Israelis dead.

The protest in Portland joins a growing number of demonstrations across the country in solidarity with Palestine. Recently, there was a similar rally held in Bangor. 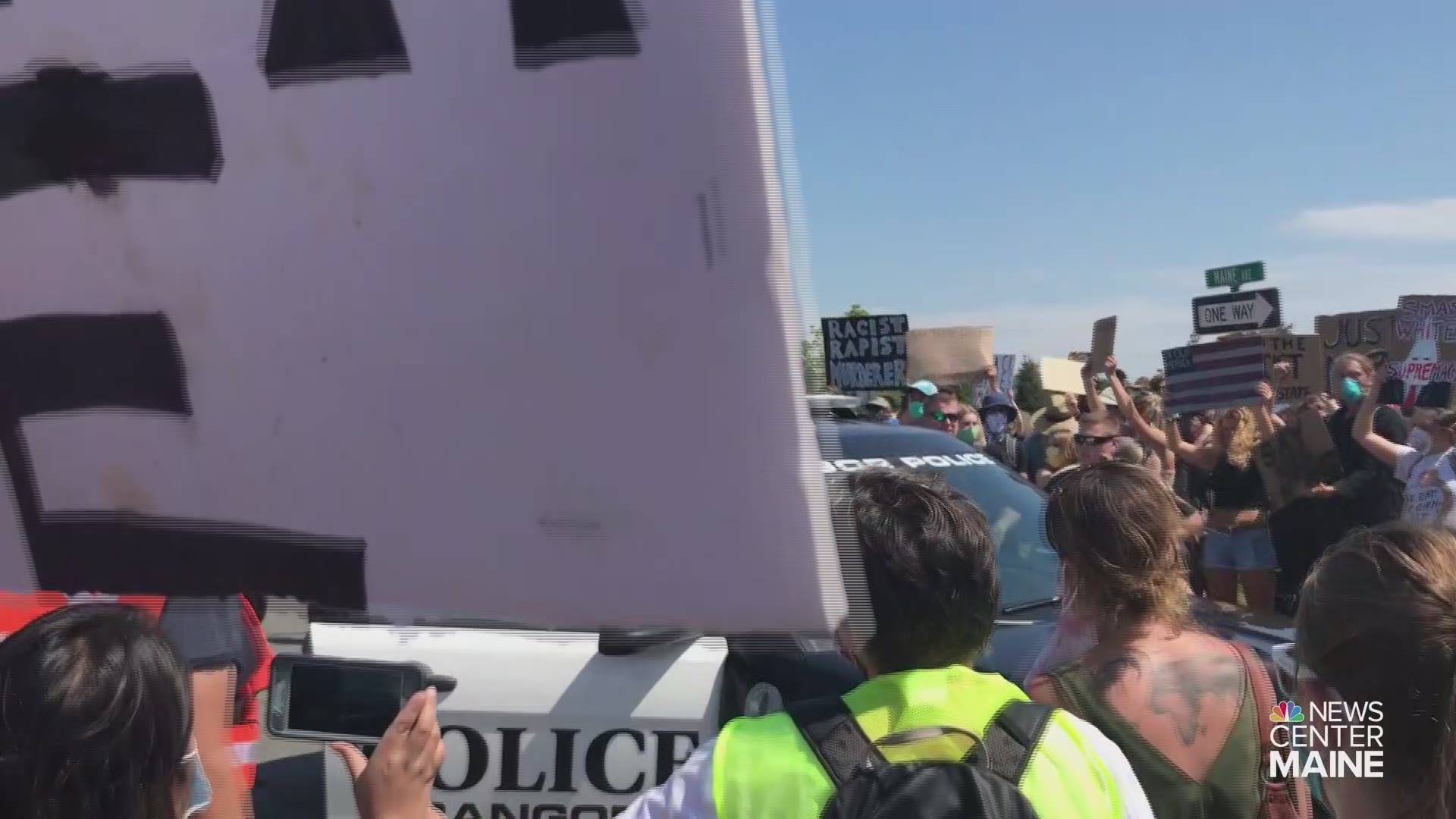