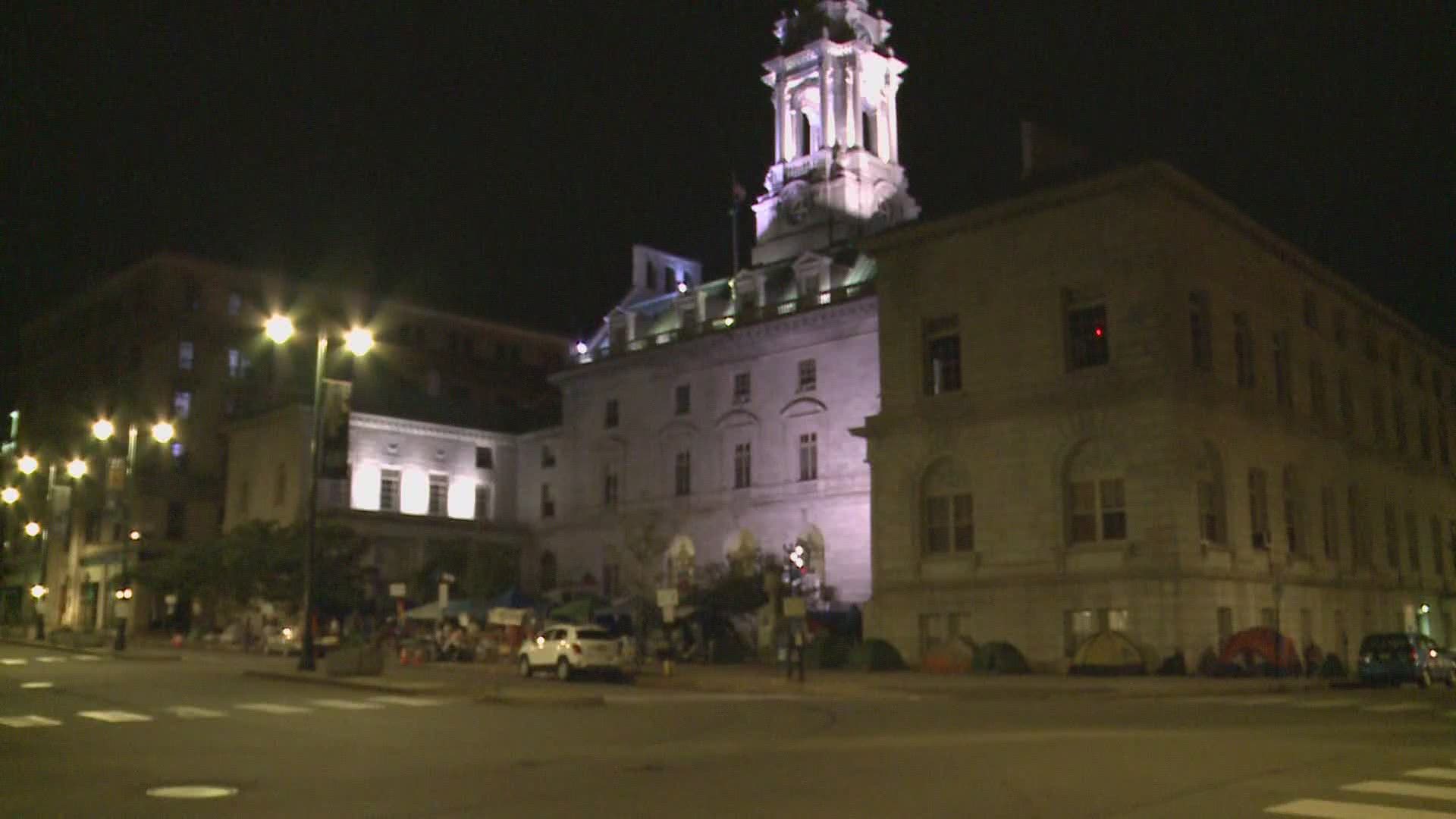 PORTLAND, Maine — For more than one week now, about 100 people have been camped outside of Portland City Hall, protesting numerous issues facing Portland's community. It's a group mixed of people experiencing homelessness and their supporters, and all of them plan to stay until demands are met.

Protesters are demanding Portland take action to better assist the city's homeless population. They're asking for the city to decriminalize camping out, defund the police and reallocate money for essential services, establish overdose prevention sites, create plans for permanent affordable housing led by impacted peopled and to extend the current eviction freeze.

For more than a week now, people protesting issues facing Portland’s homeless community have been camped outside of City Hall. I spent the night with these protesters to find out why this cause is so important to them. Hear their stories this morning on @newscentermaine #wakeMEup pic.twitter.com/y1fqdodg3U

"I am one of the affected. I currently live in a tent. I have no home," said 25-year old David Porter. He's currently camping out in front of Portland City Hall while his fiance and two children stay at a Portland shelter.

"I will not stop, I will not rest until I know me and my family is safe," said Porter. When NEWS CENTER Maine spoke with Porter, he had been awake for roughly two straight days hoping to keep the camps safe.

While NEWS CENTER Maine was there, our crew witnessed a few altercations between people staying at the camp, police patrolling the area multiple times per half hour, as well as even fireworks at one point.

When asked about issues at the camp and judgment from others in the city, Davis said "I think people who have that type of judgment should try to come live there life."

Davis wants the community of Portland to see, hear and understand the situation facing Portland's homeless population. Davis, Porter, and multiple others who spoke with NEWS CENTER Maine described a bias in the city against people experiencing homeless that oftentimes prevents them from finding a path out.

"I have been turned away from multiple jobs for just having a backpack," said Porter.

"Are you going to job with a shower, sleep, food?" said Porter.

She says to address issues facing the community, Portland needs to provide more resources for people experiencing homeless, and provide the care they need to recover.

RELATED: Advocates and Portland's homeless get sit down meeting with Mayor