Dozens of people rallied outside Mathew's on Saturday to protest the business allowing for gatherings of the alt-right group 'The Proud Boys'. 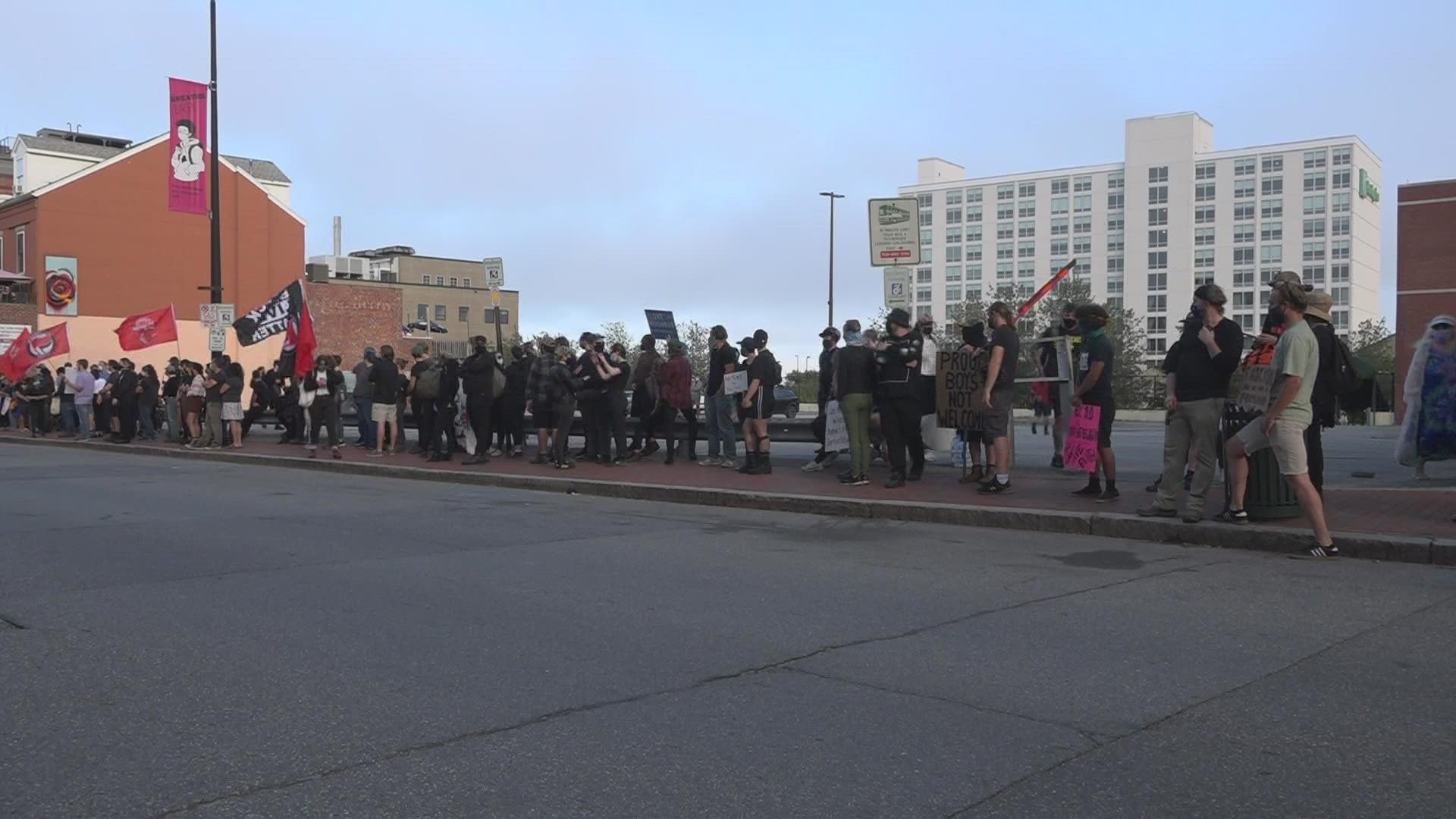 PORTLAND, Maine — Dozens of people gathered across the street from Mathew's Pub in Portland on Saturday, protesting an alt-right group that allegedly gathers there.

The protestors dressed in all black and called it a silent showing of solidarity. The group has gathered in front of the pub before.

An organizer of the rally said members of the 'Proud Boys' group were expected to gather at the pub on Saturday.

The Proud Boys is a far-right and exclusively male organization that promotes and engages in political violence in the United States. The self-described organization for ‘western chauvinists’ was involved in the January attack on the U.S. Capitol.

Mathew's Pub in Portland came under fire in July, when an employee reported members of the Proud Boys were gathering there. That employee said he was fired for refusing to serve the Proud Boys members. At that time, the owner of Mathew's denied our request for comment.

The people holding the rally on Saturday their goal was to let the Proud Boys group know they are not welcome in the city of Portland.

RELATED: Hundreds attend revisionist 'Justice for J6' rally at US Capitol while Trump distances himself from event

RELATED: Bartender says he was fired after complaining about Proud Boys meeting in Portland pub