Earlier this week a Grand Jury declined to charge officers in Taylor's death. Now, protesters are taking to the streets across the country. 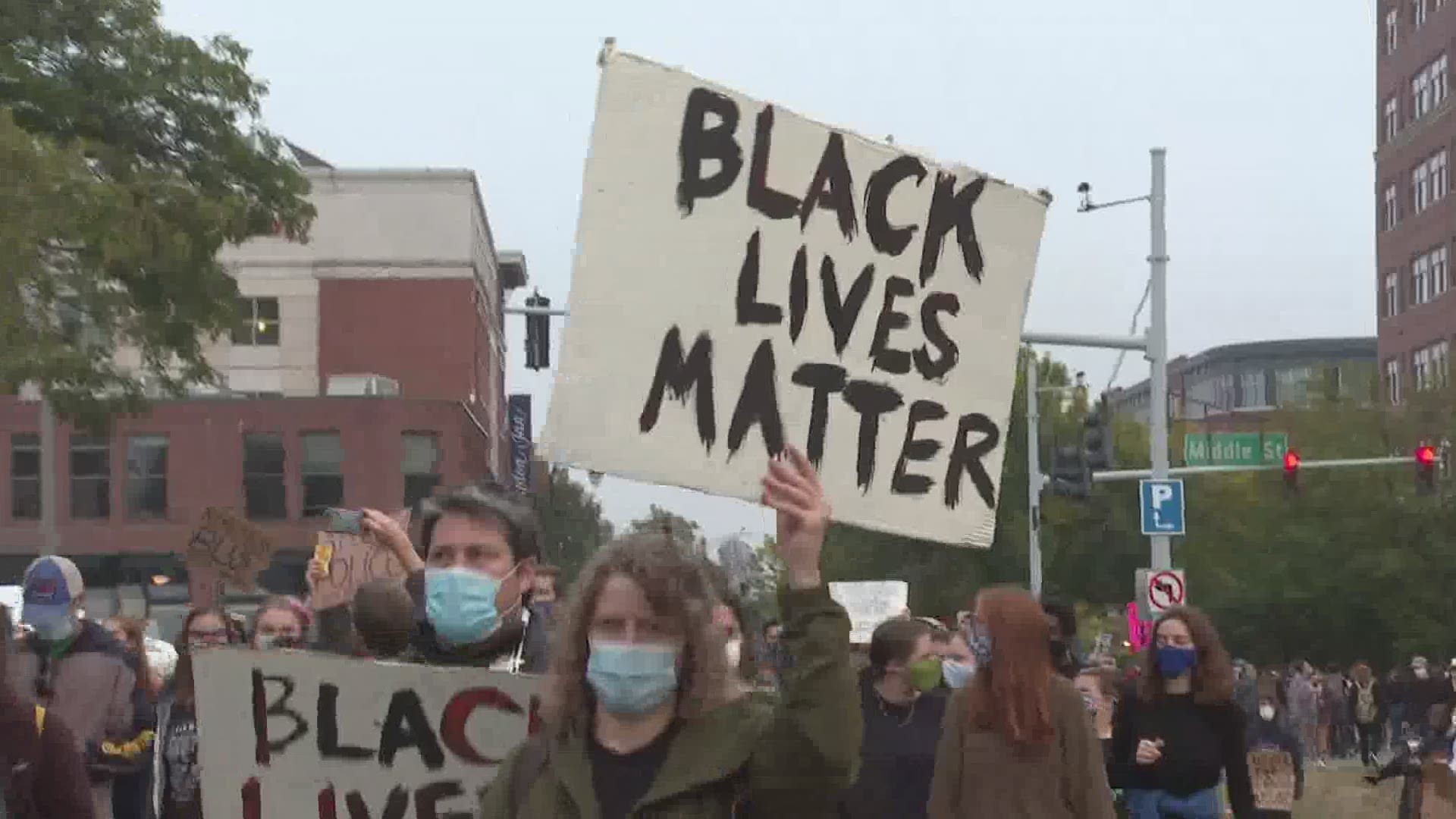 PORTLAND, Maine — A scene we've seen in downtown Portland for much of the summer, protesters fill the streets to demand justice for black men and women who have died at the hands of police. This time demanding justice for Breonna Taylor, who was shot and killed when police entered her Louisville, Kentucky apartment.

Earlier this week, a Grand Jury declined to charge those police officers for her death.

"We believe that we need to dismantle racists systems, and that starts with having people in the streets," Josh Wood said. Wood is one of the Black Lives Matter - Maine organizers.

He said he was surprised to see Portland Police Department's statement that the organization had not reached out to police in planning this event.

"We are making every effort to keep it peaceful, we're in contact with Portland police department now," Wood added.

The protest was mostly peaceful, as demonstrators marched through the streets multiple times stopping at the Police Department, city hall, and a handful of intersections.

People of all ages were part of the group.

"People should be nice and treated the same," 7-year-old Lucia Flavin said.

"I hope that we can make it so everyone can feel safe in this world and not feel like they're gonna get hurt," she added.

The protest ended just after 8:30 and like organizers had hoped, was mostly peaceful the whole time.

Black Lives Matter Maine will be holding another protest in two weeks on October 10.