Protest at Portland City Hall to raise awareness of homelessness

A group of protesters are camping out at Portland City Hall to raise awareness of the homeless problem in the city. 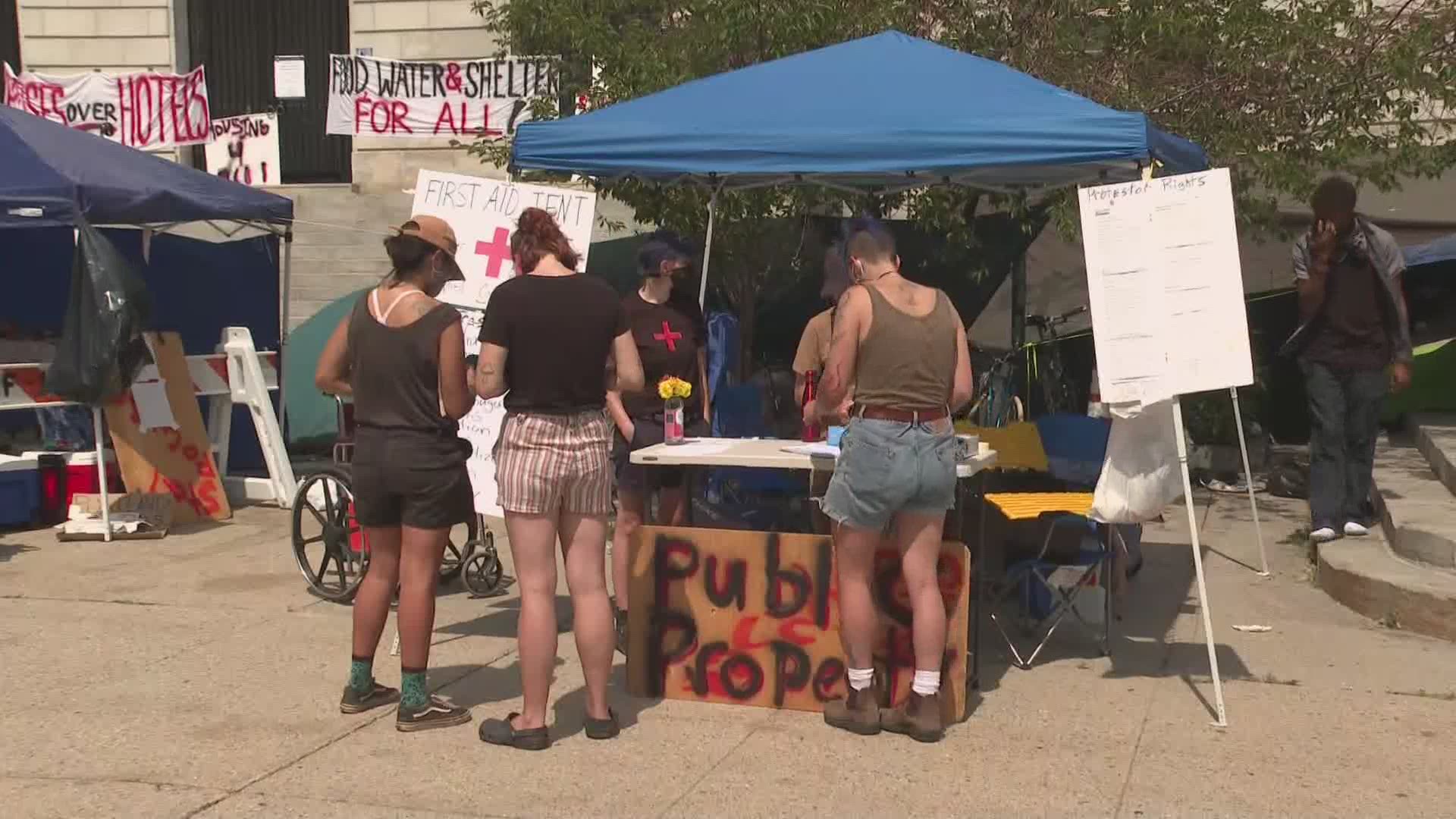 PORTLAND, Maine — A group of people have set up in front of Portland City Hall to raise awareness of the homeless problem in the city.

Many of these people are homeless themselves and are sleeping in tents here. Some say they feel like the city just wants to get rid of them.

Adding that relocating the unsheltered people doesn't get rid of the problem, resources do.

"We basically need to have some way of making an income to where we could actually make housing and stuff available so we don't have to be on the streets," Tyler Linscott said.

Linscott has been homeless on and off for eight years.

Linscott added that part of the protest is to make sleeping in camps legal.