Nordic AquaFarms Inc. held a public meeting Tuesday to discuss its progress on various permit applications and present updates on what the facility would look like, and mean, for Belfast residents. 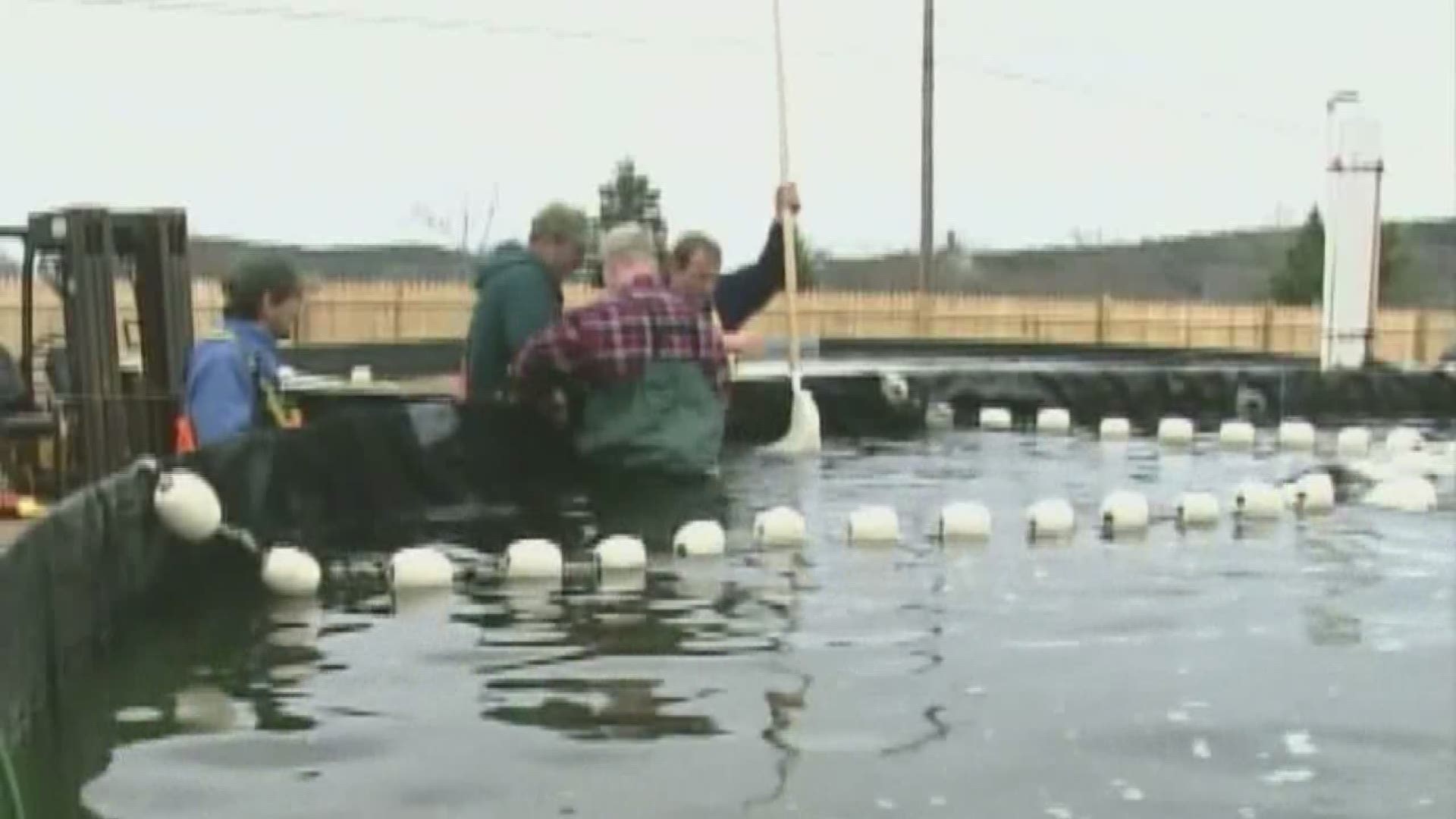 BELFAST, Maine — The ongoing discussion regarding whether or not one of the world's largest salmon farms belongs in Belfast continued on Tuesday.

Nordic AquaFarms Inc. held a public meeting in the city to discuss its progress on various permit applications and present updates on what the facility would look like, and mean, for Belfast residents.

"If Belfast wants jobs, economic development -- this is a green project. And it’s a tremendous opportunity also for the population of the U.S. and the northeast to have local food production. Fresh fish, fully traceable, close to their consumer markets," said Erik Heim, President of Nordic AquaFarms U.S. operations.

The Norwegian-based company has been working on production designs for the project and facility since announcing their plan last winter. On Tuesday, updates were shared regarding air emissions, water disposal, the site layout, and many other topics.

Heim says the operation will create 60 jobs when the facility first opens, and that will expand to 100 jobs shortly after.

Many people in the Belfast community, however, are weary of possible environmental impacts the facility could cause.

"It's untested at this scale, and I don't want to risk the bay and my community and my water," said Susan Cutting, a Belfast resident.

Many other Belfast residents spoke during a question-and-answer period after the company's presentation. Multiple people expressed concern about environmental risks that a project of this size could have on the Belfast community.

The Belfast location is expected to release 7 million gallons of water a day into Penobscot Bay, but Nordic AquaFarms says that the majority of that water is recycled and goes through a water treatment facility.

Nordic AquaFarms hopes to build the facility on land next to Route One that has been owned by the Belfast Water District.

Heim says that he and his company will make its permit filings public and welcomes question that arise.