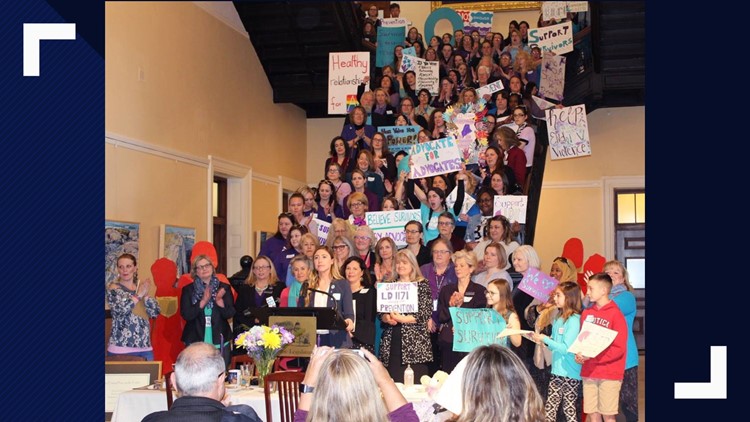 Photo by: maine.gov
Sen. Erin Herbig (D-Belfast) speaks at a press conference for LD 1171 at the State House in Augusta on Wednesday, April 17, alongside sexual assault and domestic violence survivors, allies and advocates.

AUGUSTA, Maine — For the first time in almost two decades, sexual and domestic violence services in Maine could see an increase in funding.

A bill introduced by Sen. Erin Herbig (D-Belfast) was passed unanimously on Wednesday, April 24 by the Legislature's Health and Human Services Committee.

Herbig's bill, LD 1171, would provide $5 million for sexual assault and domestic violence prevention and victim services over the next two fiscal years, using money from the state's general fund.

"We all fear that our area will experience one of the many homicides that happen in our state each year due to domestic violence," said York County Sheriff William King. "It is crucial that law enforcement and advocates work together to identify high risk cases and implement strategies that help victims and their children stay safe from harm."

Statistics from the Maine Coalition Against Sexual Assault show that one in five Mainers experiences sexual assault at some point in their life. The data also shows that each year, 14,000 Mainers experience sexual violence.

Herbig's bill has been signed by 126 cosponsors.

The bill faces votes before the Maine House and Senate.