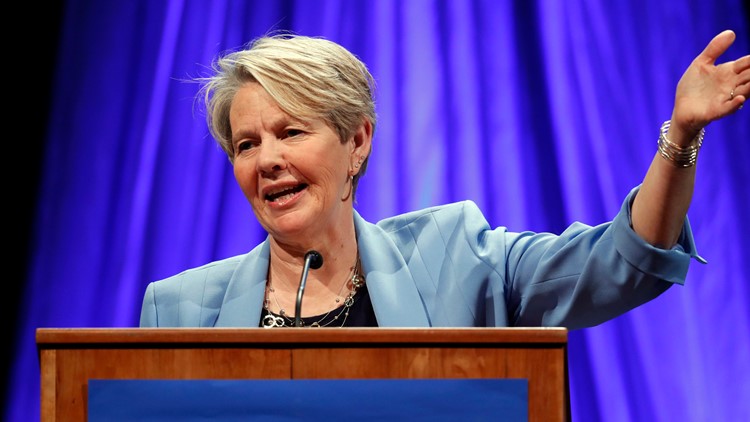 Photo by: AP
FILE - In this Saturday, May 19, 2018, file photo, then-gubernatorial candidate Betsy Sweet speaks at the Democratic convention, in Lewiston, Maine. Sweet, a progressive Democrat who ran for governor of Maine in 2018, has announced her bid to unseat Republican U.S. Sen. Susan Collins. (AP Photo/Robert F. Bukaty, File)

The former State House lobbyist announced her candidacy Thursday at Sebago Lake Distillery. In a statement, she criticized "the wealth, monied interests who gain from division" for sowing discord among Americans.

Her campaign website touts policy priorities such as "Medicare for All" and the Green New Deal, and pledges to avoid PAC and corporate money in the 2020 race.