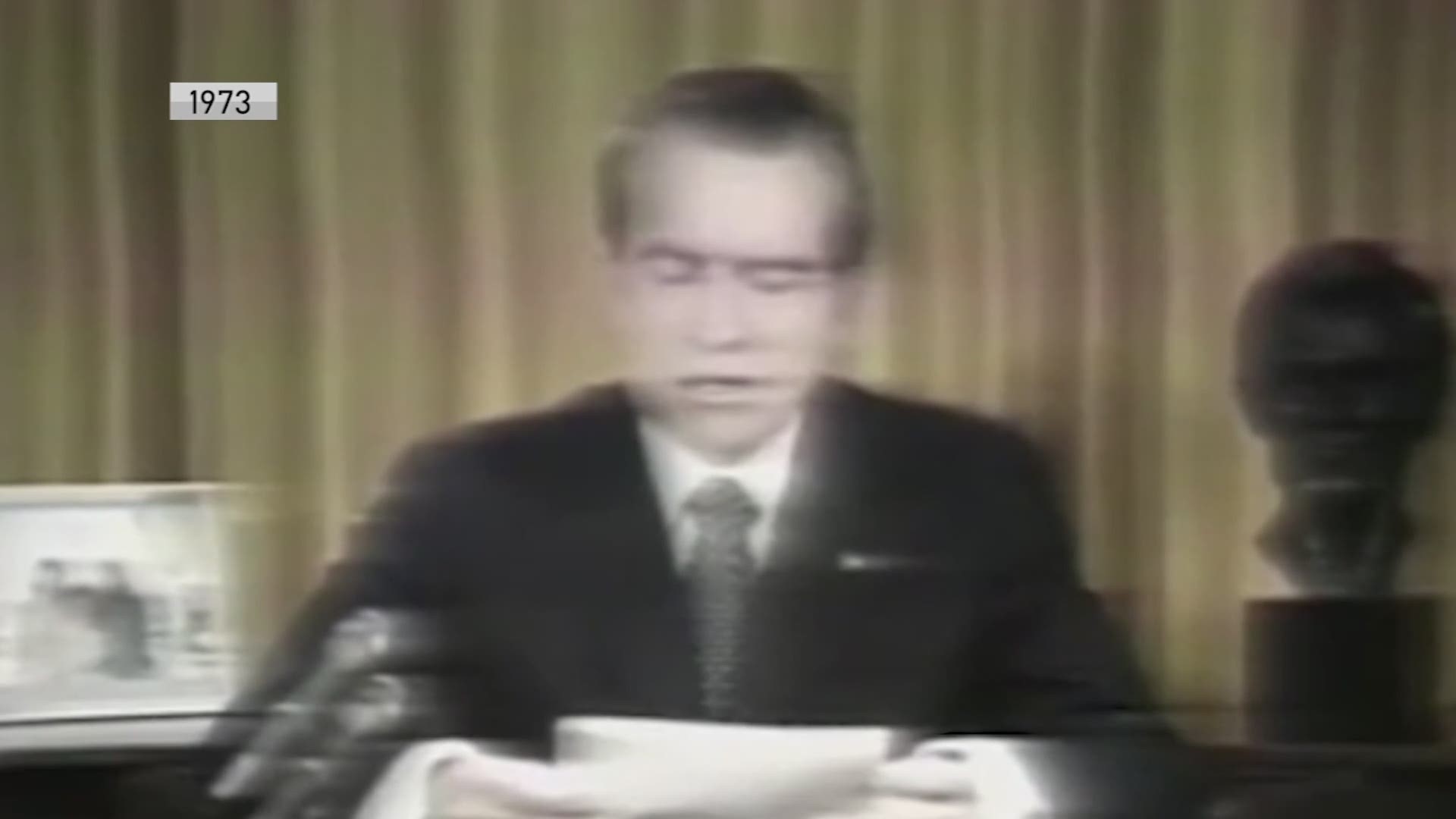 The USS Sequoia, a yacht used by presidents from Hoover to Nixon, is now in the care of a boat shop in Belfast.

Over the next few years, Sequoia will undergo an extensive rebuild at French and Webb Co. after at least half a decade of neglect that caused the yacht to become dilapidated.

"We have to replace the hull, the hull is broken," said Todd French, owner of French and Webb and project manager for the restoration. He gets "goosebumps" every time he walks aboard "the floating White House."

The boat is rich with history and stories.

Nixon hosted Soviet Premier Leonid Brezhnev aboard Sequoia before settling on a nuclear arms deal. Nixon went out on the ship the night before he resigned, as well.

President John F. Kennedy held what would be his last birthday party on the vessel.

But President Jimmy Carter decided the boat was too lavish for his administration and decided to have the boat sold during his time in office.

It was bought by various private owners and used for a time before being dry docked in greater Washington, D.C., until recently.

In 2019, after two and a half months of staging, the boat was moved onto the barge that brought Sequoia to Belfast.

A crowd well over 100 strong gathered around the town landing beginning at noon Monday to watch the barge's arrival.

When the ship came into view, a little before 2 p.m., the excitement was palpable.

"The woodworking is amazing, the fact in 1925 we had craftspeople that could do that," Becky Barnes said.

"Part of it is the history itself and the nature of the vessel," said Dan Clifford, a visitor from Minneapolis, who stumbled upon the roads closed for the removal of Sequoia at the city landing. "It's an aesthetic that's pleasing. On such a fine day it all comes together very nicely."

By 4 p.m., the Belfast High School band had played "Hail to the Chief" during an official city welcome for the ship.

However, the boat remained on the barge, since workers had determined it would be better to unload Sequoia with her bow facing land rather than stern-first, as had originally been planned.

For the next 10 months, the yacht will sit in a city-owned parking lot that's being turned over to French and Webb for the restoration, while an official assessment of how much work the ship needs is completed.

A building will soon be erected around the ship on the site that will have a public viewing area so visitors can watch the restoration in progress.

After the project assessment, Sequoia is expected to take at least 30 months to fully restore and relaunch.