Trump toured Puritan Medical Products, which is one of the largest suppliers of swabs for COVID-19 testing in the world. 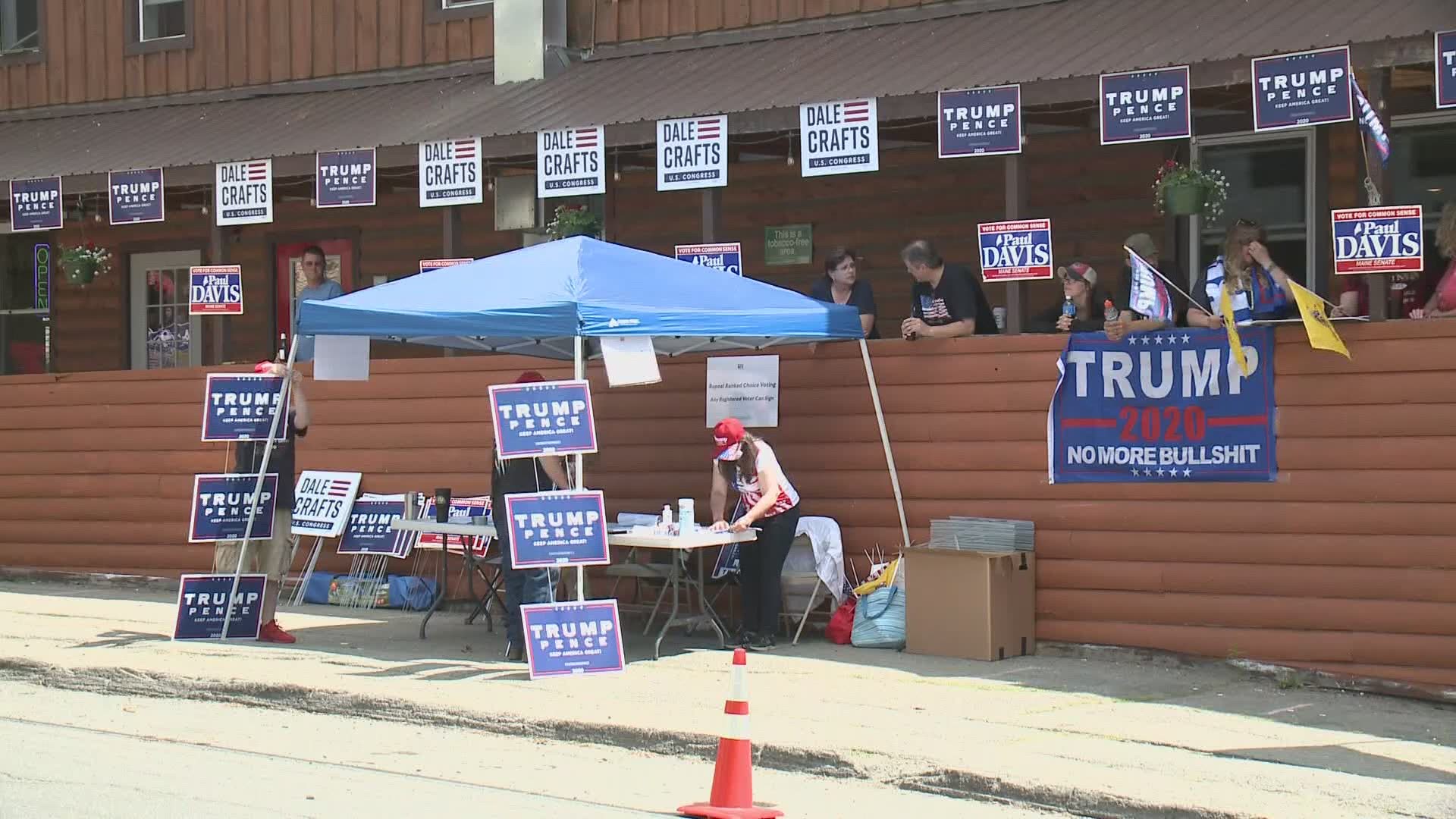 GUILFORD, Maine — NEWS CENTER Maine will be updating this story throughout the day.

Guilford, which has a population of about 1,500, is located about an hour northwest of Bangor and takes pride in the facility, which has not only provided so much to the fight against coronavirus, COVID-19 but also provides more than 300 jobs to the community.

The president's visit to Guilford came as he continues to face criticism both for his response to the coronavirus pandemic and his response to protests for equality that are occurring across the U.S.

Trump toured the Puritan facility around 4 p.m., and took a look at the production line before speaking to workers in the warehouse.

In reference to the swabs Puritan makes, Trump said, "I shouldn't be telling you this, I use it every other day."

Trump took off from Washington, D.C. on Air Force One around 10:30 a.m. Protestors and supports are awaiting his arrival in Guilford. There are protestors in Bangor as well.

Just before 2 p.m. Air Force One landed in Bangor. Former Gov. Paul LePage greeted the President as he arrived.

After arriving in Bangor, Trump sat down at a roundtable with Maine fishing industry leaders. Trump is taking action that will allow commercial fishing at marine conservation area off the coast.

Trump and LePage talk about Mills:

On Monday, Governor Janet Mills held a press briefing in response to the announcement of Trump's visit. Mills expressed concerns that his presence in Maine could create 'unrest.'

"His failure to unite our divided nation or lead with compassion at this historic moment has only fanned anger that desperately needs to be recognized and calmed," Mills said. "If President Trump cannot put the safety and future of this country ahead of his need to tear down those who may disagree with him politically, he should not come to Maine.”

Mills also asked that Trump "check his rhetoric at the door" when he arrives in Maine.

The governor then reiterated those comments on Thursday.

"Mainers know the truth. They understand that President Trump was woefully late in acting on the coronavirus pandemic and fatally slow in providing PPE and tests to coronavirus hotspots," Biden said in the statement. "He’s now hoping we buy his revisionist history on his Administration’s incompetent and bungled response to this public health crisis. It’s a response that contributed to the deaths of 95 Mainers and has forced 168,000 Mainers to file for unemployment."

The RNC Deputy Communications Director for Maine and New Hampshire issued a response to Biden's statement on Friday morning.

“Throughout the coronavirus pandemic, there has been no stronger leader for Maine than President Trump. From sending Maine healthcare providers more than $145 million in funding, to saving more than 370,000 Maine jobs through the Paycheck Protection Program, Mainers will remember that President Trump showed up for them when they go to the polls in November,” RNC Spokesperson Andrew Mahaleris said.

Trump's visit will add to a long history of presidential visits to Maine, which date as far back as James K. Polk's visit to the Pine Tree State in 1847.