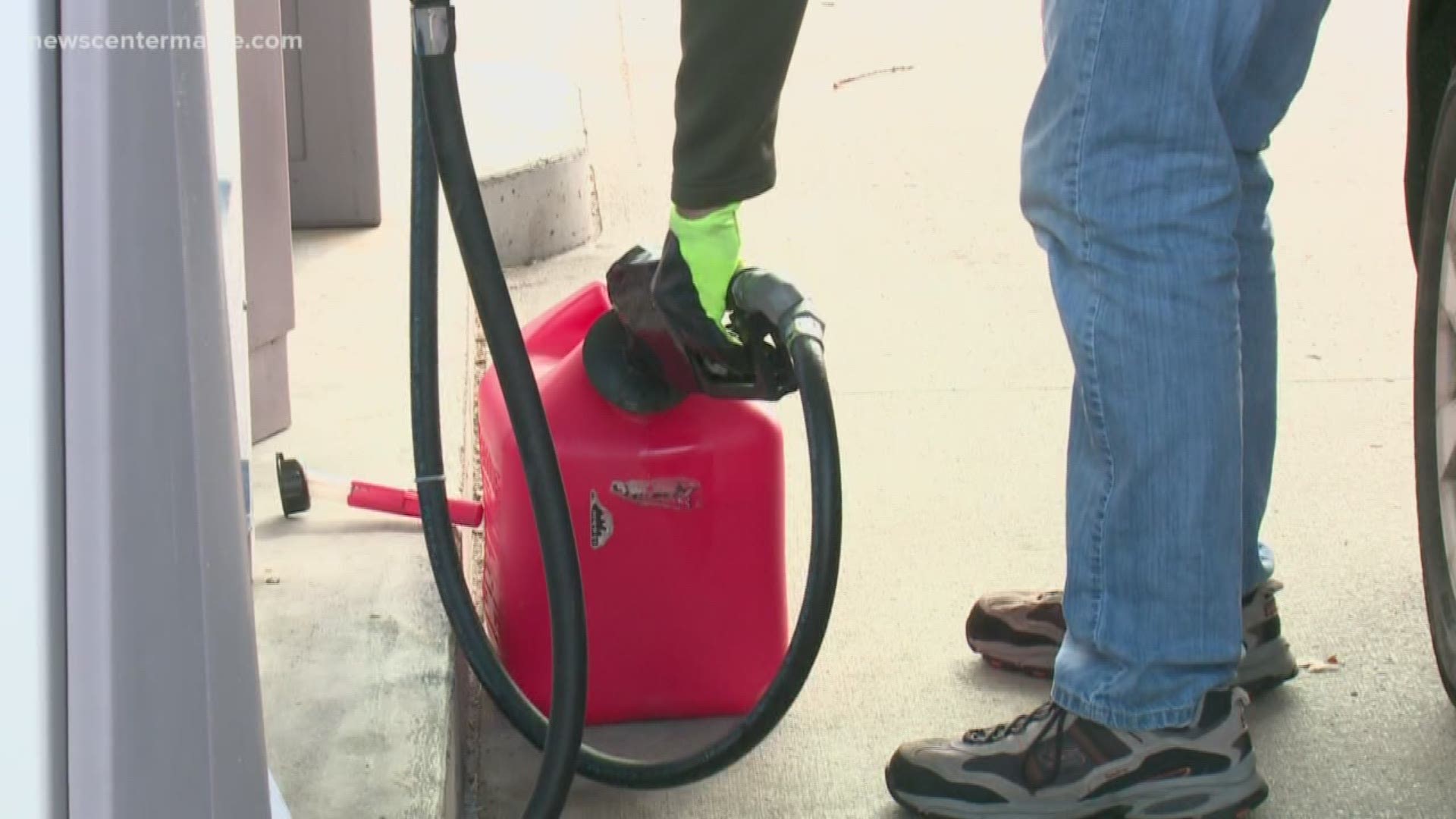 MAINE, Maine — Residents in some of Maine’s areas that were hit the hardest by Thursday's nor'easter are scrambling to find gas and ice. Demand is high for those two essentials since the storm knocked out power to nearly 200,000 Central Maine Power and Emera Maine customers across the state.

As of Friday morning, that number of outages has been cut in half. But lingering problems are concentrated mostly in Sagadahoc, York and Cumberland counties. CMP says it could take days to restore power to customers who live in those areas.

Gas and ice shortages are the worst for residents in Cape Elizabeth, South Portland and Portland.

The demand for ice has been high since the power went out on Thursday, said Sarah Robichaud who works at Getchell Brothers Ice in Sanford. We have been handling orders pretty well with this current demand, she said.

If people need ice we have filled most of the Hannaford stores up. Robichaud said Getchell Brothers delivers to the big box stores first to cover more customers, like Sams, Walmart, Hannaford and BJ’s. She said, Hannaford, Sams and BJ’s all carry 20lb bags of ice.

As far as the smaller convenience stores Robichaud said they are trying to keep most of their stores stocked but added most of the Circle K stores had ice.

If you live in one of the impacted areas, here is a list of where you can purchase gas or ice, as well as the stores that are out of supplies but expect deliveries soon.

We are working to give you more updates on severely affected areas in the state.

RELATED: Latest update from CMP on its efforts to restore power to nearly 100-thousand Mainers in the dark