Thousands of Central Maine Power customers have filed complaints about their high electricity bills. Customers we spoke to say they made CMP’s recommended energy efficiency changes, but their bills stayed high. 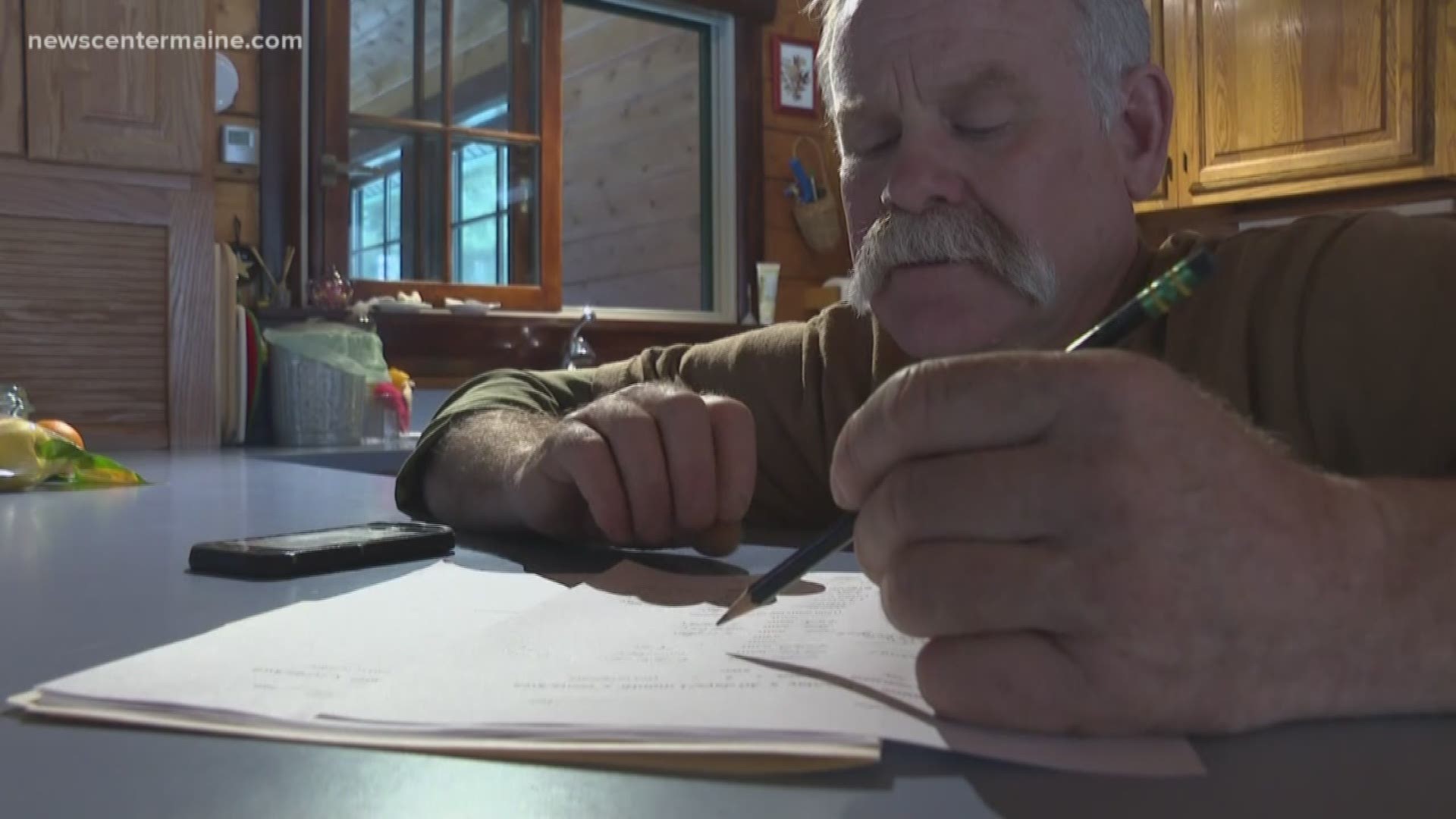 Caution: No one should ever open a meter box. It is very dangerous.

At least once a week, Kristin Perkins takes a hamper full of clothes to her local laundromat.

She shoves quarters into the machine, even though her apartment has a perfectly good washer and dryer. This is one step she is taking to spend less on her Central Maine Power electric bill.

”I couldn’t even fathom why – what was going on,” said Perkins.

Perkins is a stay-at-home mother of five. She said normally, her bills were around $250 per month, until about a year ago, when her costs more than doubled.

“That’s where it kind of put me over the edge and I was like, ‘What’s going on? Why is this happening?’“ said Perkins. “I don’t think your car payment should ever be lower than your electricity bill. That’s crazy.”

Perkins is one of the more than 3,100 customers to file complaints with the Maine Public Utilities Commission about high bills. About one-third of those have been resolved to the customer’s satisfaction.

Maine’s Public Utilities Commission is investigating Central Maine Power, after a third-party audit found minimal billing and metering issues, but a severe deficit in the company’s customer service protocol, which company spokespeople say they are addressing.

Barry Hobbins, Maine’s Public Advocate, and many customers say that they do not trust the results of the audit. Hobbins called for a full investigation, which is now underway.

CMP advised people who still had high bills to use the company’s online tools: the energy calculator, and the Energy Manager tool.

The calculator allows people to estimate their bills based on filling out a spreadsheet that asks for the power output of the appliances in their homes, combined with an estimated hourly usage of each appliance per month.

We walked through the energy calculator tool with Perkins, noting the wattage of each item in her apartment, and estimating her hourly usage per month.

Perkins estimated bills was $232, closer to her original bills before the spike to more than double.

The Energy Manager tool allows customers to see when they are using power and, based on the customers thorough completion of the profile of their home, can show what areas of the home are likely using certain percentages of the home's total electricity usage.

The tool also offers several actions customers can take to lower their usage, such as only running dishwashers or laundry machines with full loads, using energy efficient lighting, and turning the thermostat up or down in summer and winter, respectively.

Perkins said she has already taken many of those actions, and her bill has not dropped.

Each customer receives the standard offer from Central Maine Power.

Each of those customers reported taking steps to make their homes energy efficient, and in some cases, change the way they live to lower their bills.

Darlene Patrick said she leaves every appliance unplugged, and no longer uses her dishwasher. She uses a microwave, and toaster oven, while her stove sits virtually untouched.

”Everything adds up, and when you’re paying bills like we are, you have to cut back where you can,” said Patrick. ”We’ve done everything we think we can do. The bills are still high.”

Patrick’s bills have ranged from $400 to almost $800 for more than a year, when she originally paid $50 to $60 a month when she moved into the home two years ago.

”If you take all of those tips and actions, there’s still something more, you still need to look further for it,” said Jayme Holland, Central Maine Power’s manager of customer service quality. 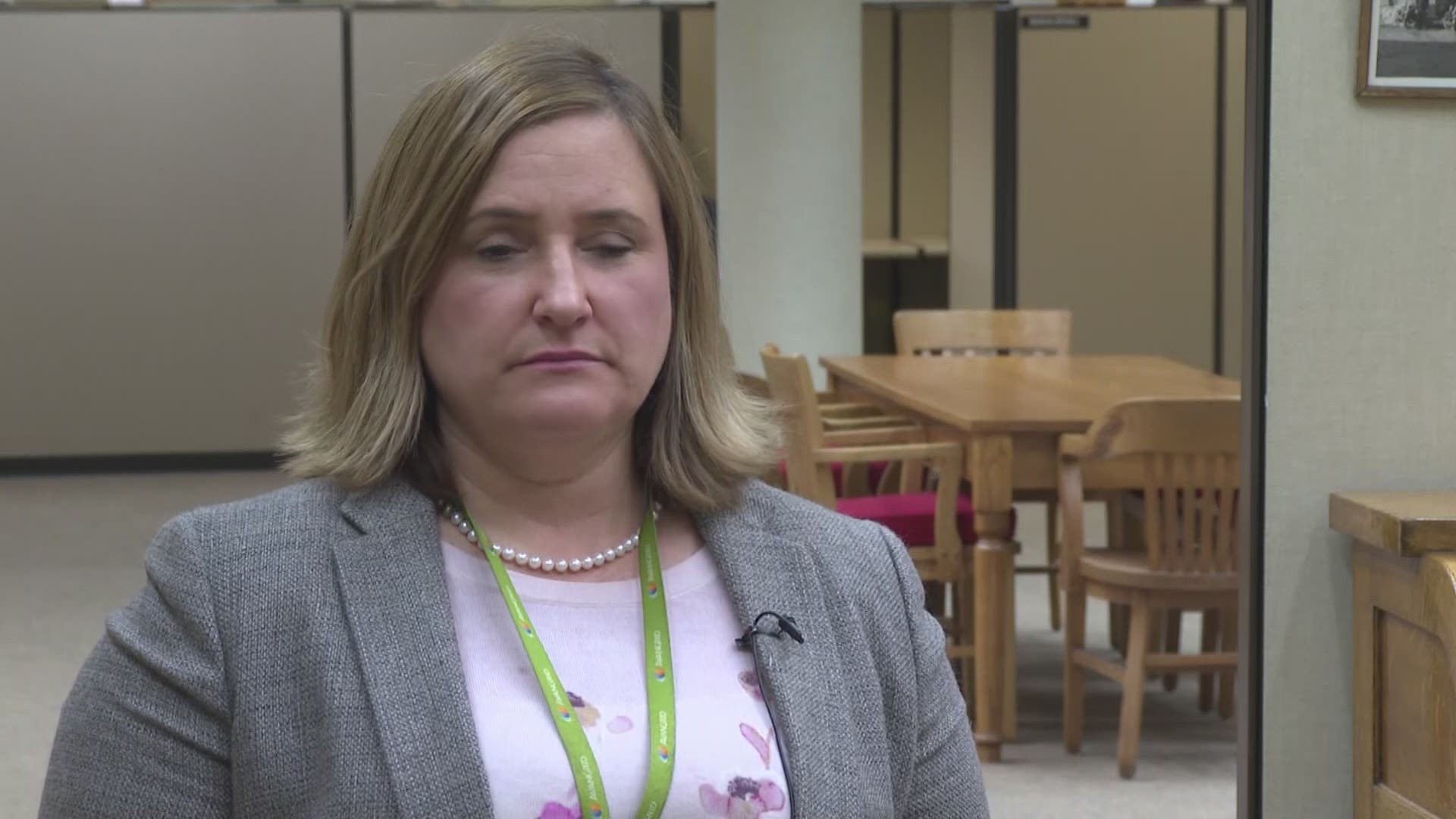 The company maintains its stance: the customers are responsible for their high bills.

Holland suggests customers should perform “breaker tests,” turning off certain sections of their homes to isolate where an appliance might be using a lot of electricity.

"There are other things that can affect your bill like change in a supplier cost, which we just recently had, and that might increase your bill a certain percentage that you would notice," said Holland.

Customers say the rate hike of $0.013 per kilowatt hour from 2017 to 2018 does not account for their bills being in the hundreds for months.

NEWS CENTER Maine asked two master electricians to weigh in, looking around customers’ homes to determine of some item is drawing lots of electricity that could lead to high bills.

Ryan Morgan has been a master electrician for 14 years, and did electrical work on a home in Farmington that now belongs to Darlene Patrick.

The electricians agree that the Energy Manager tool can be accurate, as long as the customer thoroughly fills it out.

“Use that [Energy Manager] tool. Just be very cautious and use it right and put in very accurate numbers. That’s all you can do,” said Bauman.

Bauman said he has seen instances where people leave small space heaters on in infrequently used rooms, which can jack up a person’s bill.

He said phone chargers can also use a lot of energy if left plugged in.

He said the major draws are electric ovens and dryers. Bauman said dryers can draw the biggest loads in a home.

Smith said he is very conscious of his electricity usage, and does not understand why his bills would have doubled.

”Our heating system off the pellet stove is the same. We didn’t use our mini-splits during those cold times because they become inefficient. We had no space heaters running or anything,” said Smith. “It just didn’t seem logical that these bills would have gone up that much.”

“That’s the mystery. That’s why we’re all talking about this,” Bauman said.”

That mystery is leaving customers angry and scared. Some are anxiously awaiting results from the PUC’s investigation, to see if they will still be stuck paying these unusually high bills.