Since January of this year, MDOT Maintenance Engineer Brian Burne says the MDOT has spend $1.8 million on pothole repair, with a lot more needing to be spent in the coming weeks. 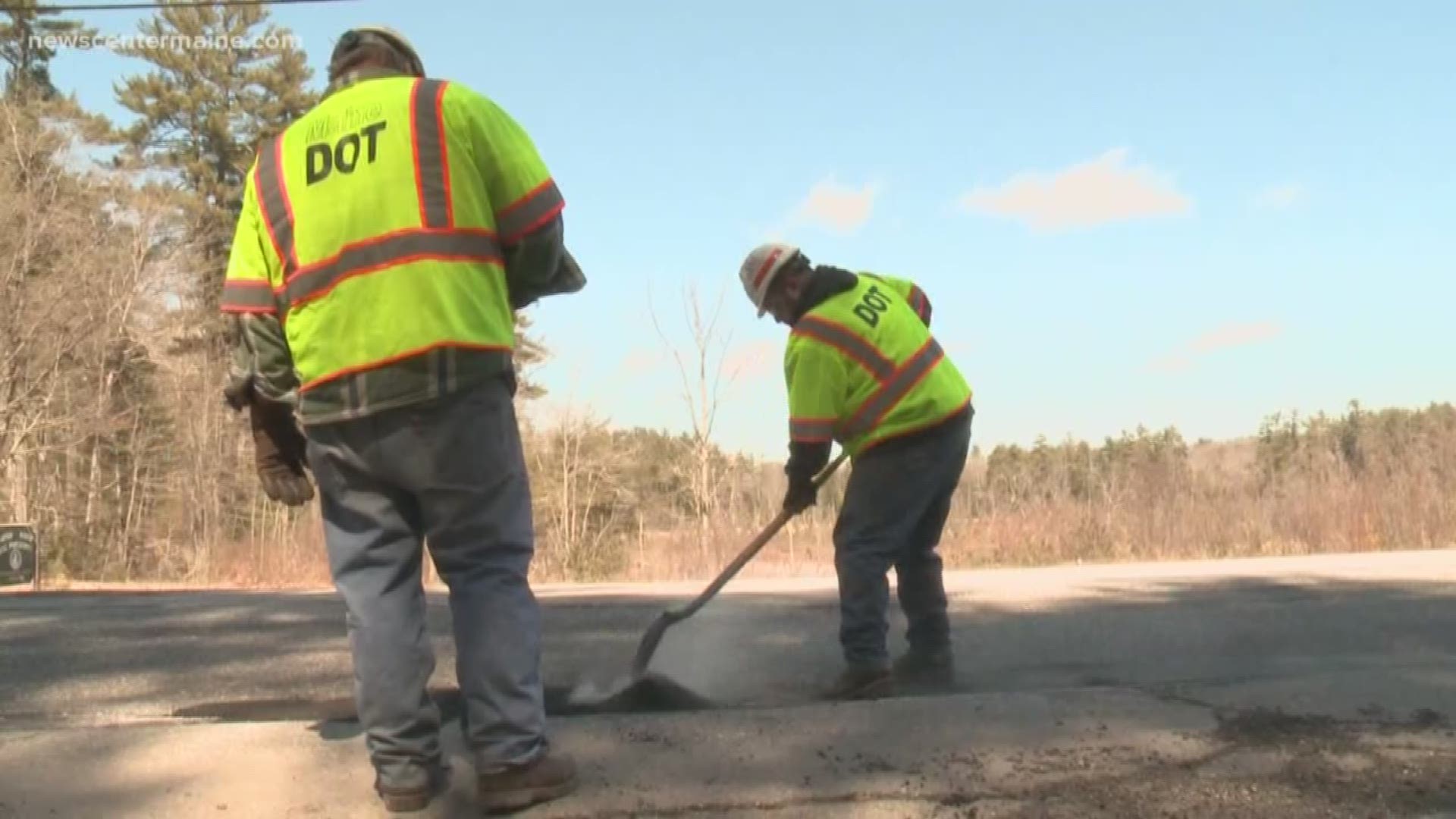 NEWCASTLE, Maine — State and local highway crews are tirelessly fighting the springtime battle with potholes. This year, that battle is a tough one, as the Maine DOT says this winter has produced a bumper crop of holes, with repeated freezing and thawing of roads.

MDOT Maintenance Engineer Brian Burne says the best way to fix the holes is with hot asphalt, but those asphalt plants normally don’t open until mid-April. The next-best fix, he says, is hot patch material taken from a heated trailer, then spread on the hole and tamped in place.

A crew was doing that work Thursday along busy Route One in Newcastle, each man keeping an eye on speeding traffic, as they worked the edge of the highway.

Supervisor Randy Butterfield said at the moment, the hot patch is the best they can do, but admitted it is less than perfect.

"If they tamp it in, it will last a few rainstorms, but if we get a heavy rain, it's apt to come right back out," Butterfield said. "If the temperature gets cold and the ice builds, it's apt to pop the pothole back out."

Brian Burne said they are always looking for a better, longer-lasting material to fill the holes and, in fact, will be testing one in the coming months.

"You actually add water to it and it sets up. If that’s the case, with all these holes filled with water to start with, that would be great."

He said cost is also a factor and that there are limits to how much additional money the DOT can afford to spend on patching material -- although, he said, if it can eliminate repeated repair visits to the same holes, that could be a big cost savings.

Since January of this year, Burne says the MDOT has spend $1.8 million on pothole repair, with a lot more needing to be spent in the coming weeks.

And is there a permanent fix? Randy Butterfield had the answer.

"Not until it warms up for good," he said, standing on ice that still covered the shaded edge of  the highway. Then he laughed.