The Brian Boru pub closed in 2019 and was purchased by a subsidiary of the mutual insurance company MEMIC. MEMIC withdrew demolition application 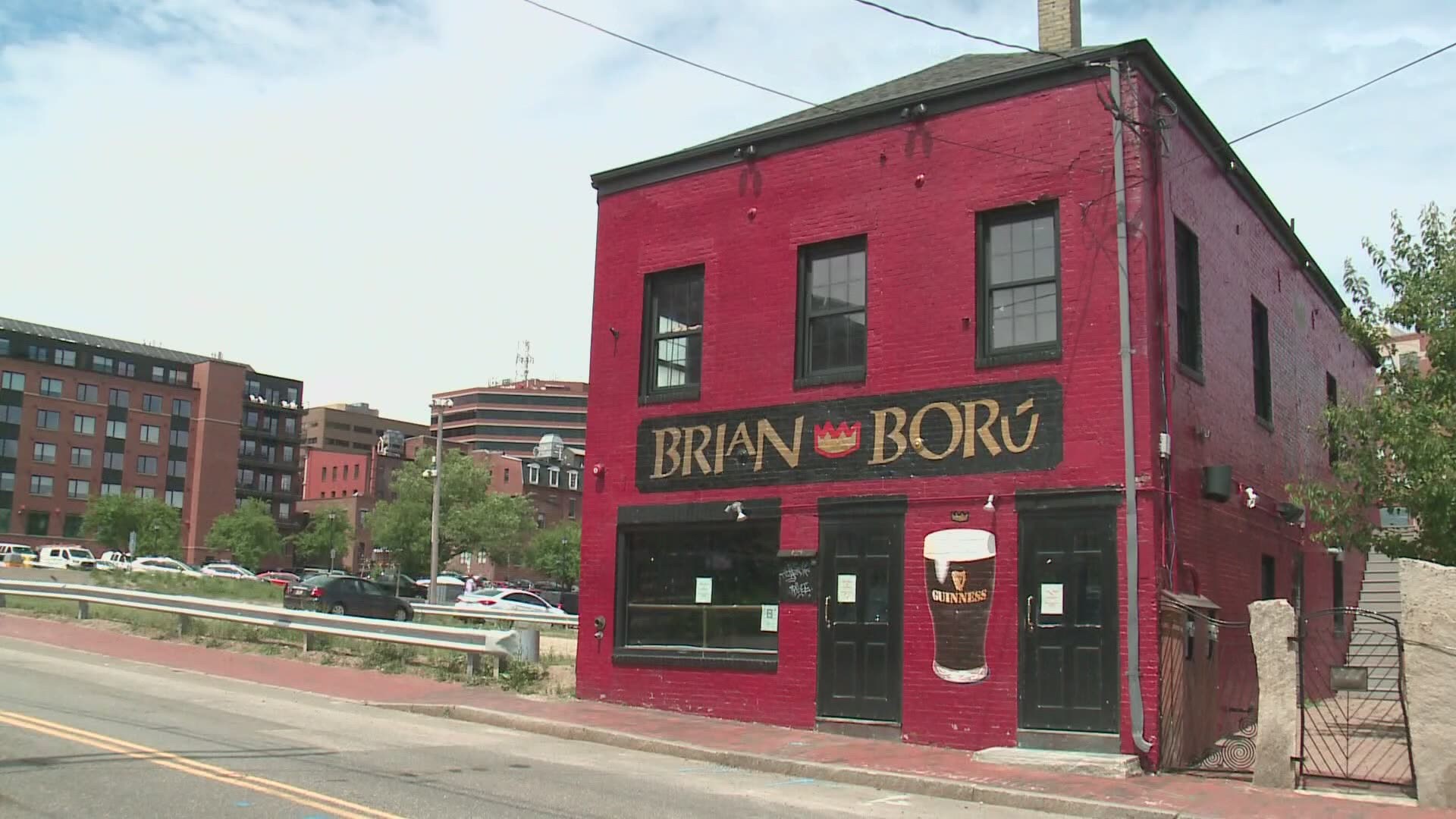 PORTLAND, Maine — While it once seemed one of Portland's most distinctive buildings may soon be gone, it now looks as if it may actually survive.

The owners of the Brian Boru pub in the Old Port had applied for a demolition permit. The pub closed in 2019 and was purchased by a subsidiary of the mutual insurance company MEMIC.

MEMIC said the plan was to have the demolition underway by the fall, with plans to turn it into a parking lot. MEMIC said it was open to the possibility of someone moving it and rebuilding it at another location.

On Friday, however, MEMIC Senior Vice President of External Affairs Tony Payne released a statement saying MEMIC has withdrawn its application for demolition.

"The decision by MEMIC to remove the former Brian Boru bar from the site at 57 Center Street in Portland has generated outside interest in having the building relocated. To fully explore options, we have withdrawn our application for demolition," Payne said. "We will continue discussing the relocation possibility or other ideas with those who have expressed interest and welcome others who may have the same desire and ability to bear the removal cost. Perhaps someone can find another purpose for the structure while observing its sentimental value."

Daniel Steele was the former owner of the building. He said there has been sadness and a sense of loss, and said he was hoping it would remain a pub.

"Not all buildings, I think, have such a history of involvement with the community," Steele said.

He said he often catches people missing it.

"The other day a young lady came by and was kissing the window, and all the time people stop and look at it," he said.