The Hampden man told officials that he didn't know the gun was in his backpack. The gun was loaded with 12 bullets. 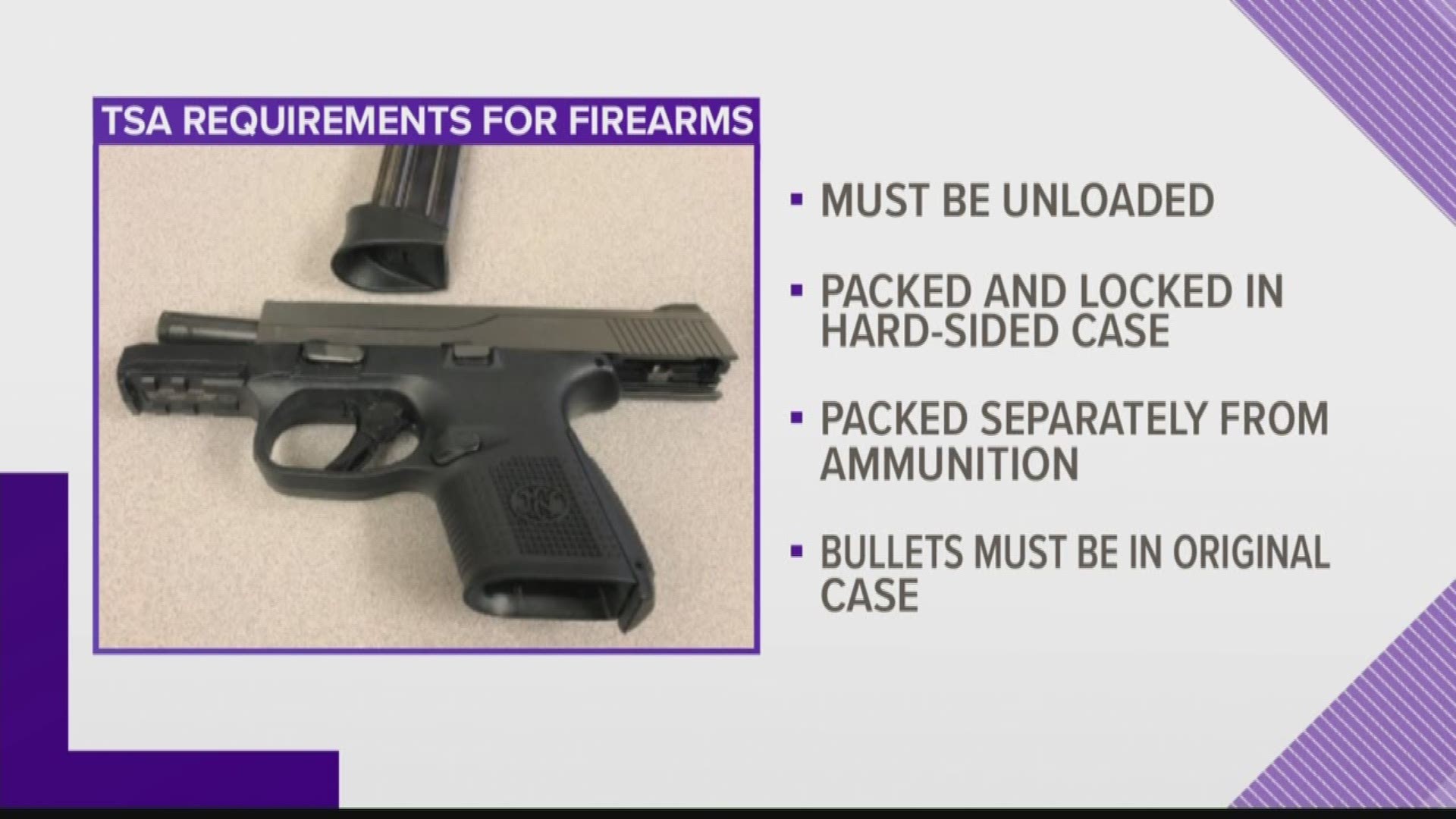 PORTLAND, Maine — The Transportation Security Administration said they caught a Hampden man with a 9 mm handgun at the Portland International Jetport (PWM) Friday morning. The gun was loaded with 12 bullets.

This was the first gun caught at the PWM security checkpoint this year. TSA said it caught three guns at the airport checkpoint in 2019, four in 2018, and three in 2017.

The man told officials that he didn't know the gun was in his backpack.

A TSA officer spotted the man’s gun when his carry-on belongings entered the checkpoint X-ray machine. Airport police were contacted, arrived at the checkpoint, confiscated the gun and detained the man for questioning. He was permitted to call home to notify his wife, who drove to the airport to pick up the gun and take it home.

TSA said it stopped 36 handguns at checkpoints across New England in 2019, which was a significant decrease from the 45 that were caught in 2018.

TSA said passengers are permitted to travel with firearms only in checked baggage if they are properly packaged and declared. Firearms must be unloaded, packed in a hard-sided case, locked, and packed separately from ammunition. Firearm possession laws vary by state and locality.