Candidates heard from people at a forum, with Preble Street Homeless Voices Justice. 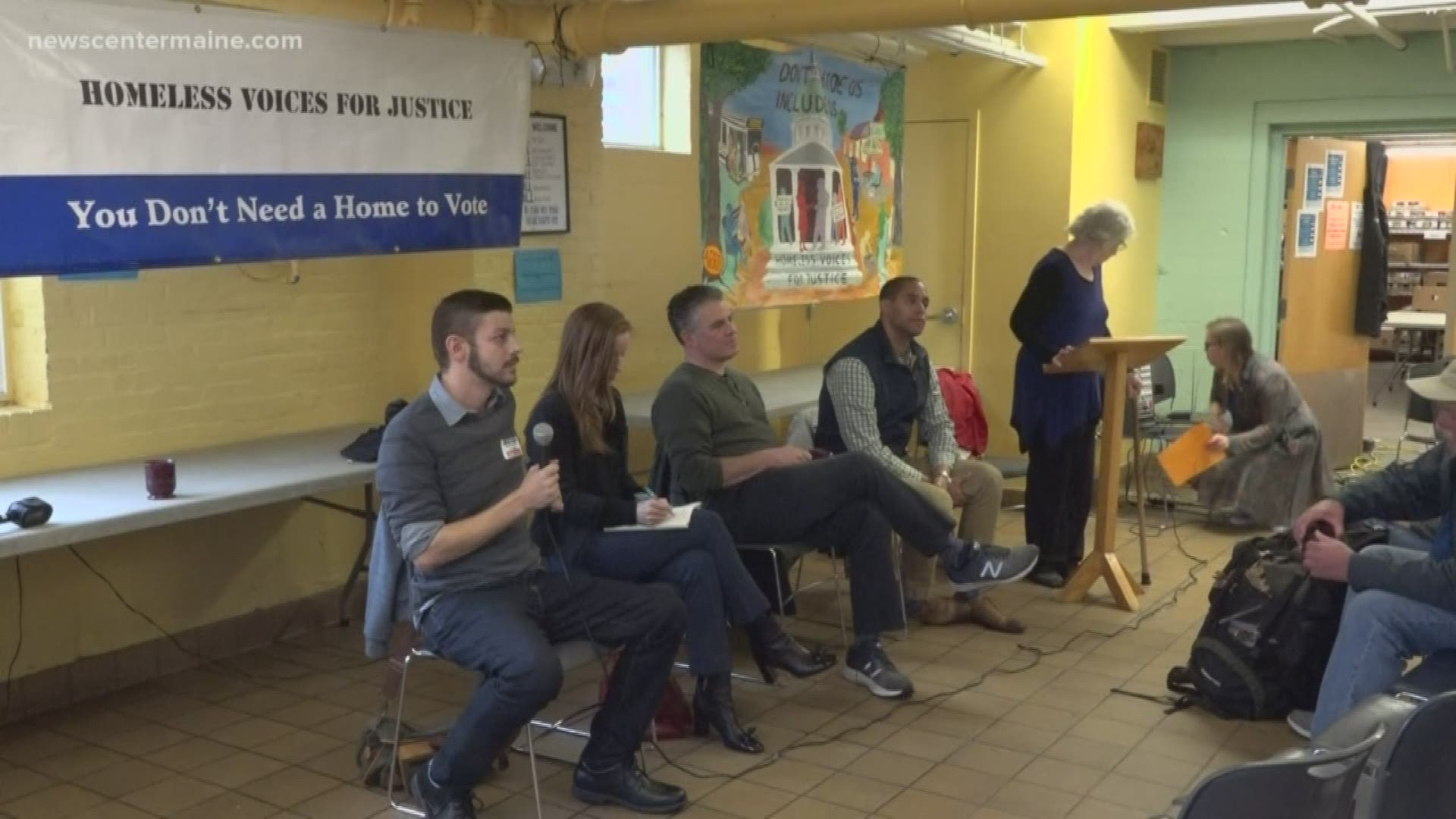 Those are the heartbreaking words the Portland Mayoral Candidates heard, at a forum with Preble St. Homeless Voices for Justice on Wednesday, October 23.

Waiter Travis Curran, Former Portland Board of Education Chairwoman Kate Synder, and city councilor Spencer Thibodeau, are running against incumbent member Ethan Strimling, for the mayor seat. They all took on the topic of homelessness.

"I think we should get as many units on the market as possible. We have to raise quota," said Curran.

"We simply have not understood the crisis. I've tried hard to push the council to take more action," said Mayor Strimling.

According to the city, last month, there were 408 people staying at shelters every night - sixteen of them were children.

"I don't think you can arrest your way out of homelessness," said Snyder.

Many candidates brought up the point that putting the new shelter in the Riverside section of the city was a bad idea. They said it's too far for people to access.

"I'd like to bring it back to council for a new site," said Curran.

"I voted against that proposal and if I'm elected mayor for a second term, I will bring it back in front of the council," said Mayor Strimling.

Although they are all fighting for the seat, they agree something needs to be done to get people in homes.