The food and beer renaissance has led to a hotel construction boom. From two hotels 30 years ago to a plethora of cool boutique spots now. Beautiful, but not cheap. 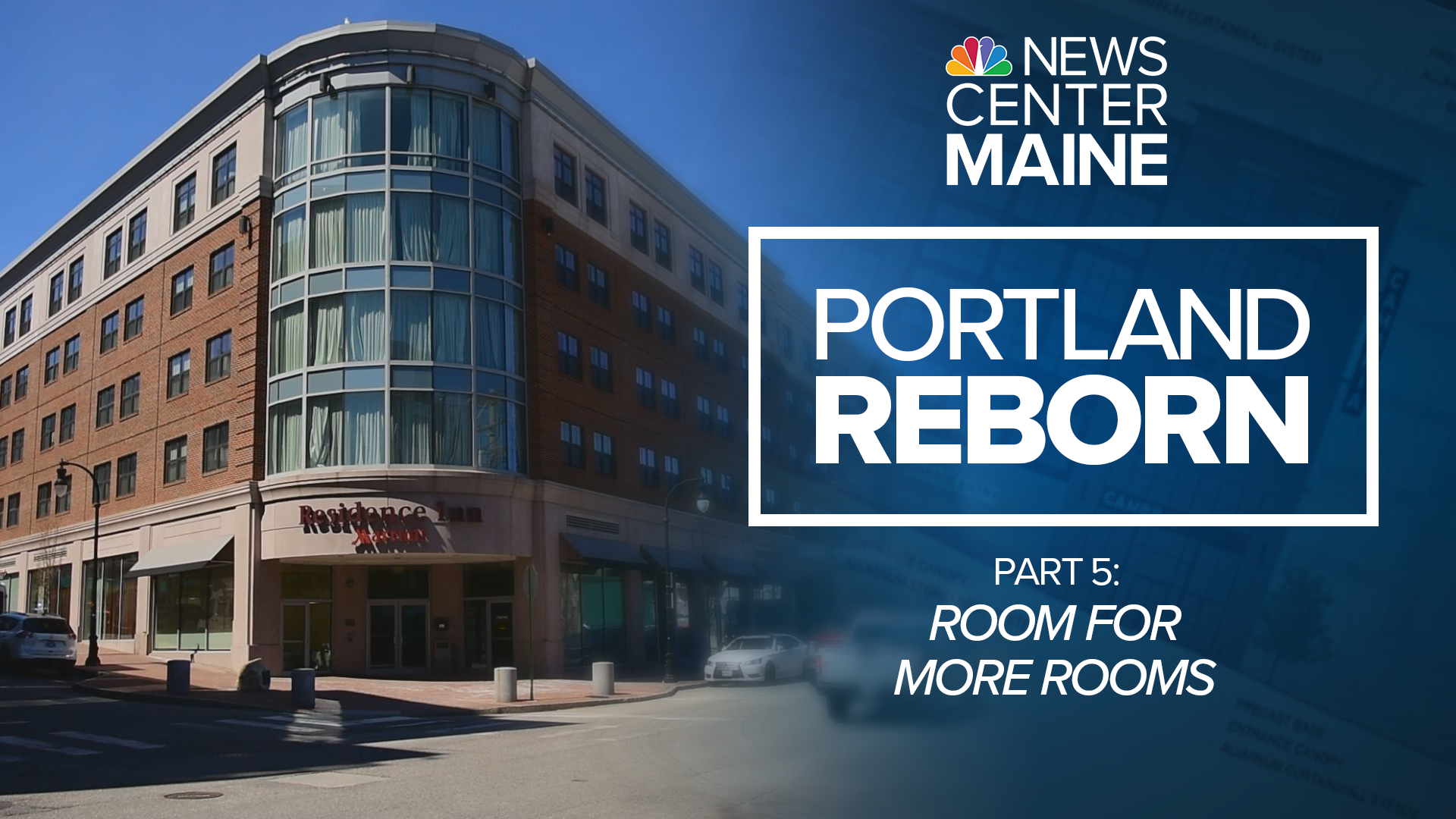 If you've ever tried to book a hotel room on the peninsula in the summer, you know it can be next to impossible. That’s why five more hotels are planned for Portland in the next year or two. That’s on top of about 10 that have been built in the last 20 years.

The question is, do we need that many hotels? Developers certainly believe there's a need.

If you stayed in a hotel in Portland 30 years ago, you probably booked a room at the Holiday Inn By the Bay or two blocks away at the Eastland — called the Sonesta 30 years ago, and technically it’s the Westin now, but that’s another story. They had most of the rooms in the '80s. In early '90s, you also had the Portland Regency with its great location in the Old Port.

Now, you could go crazy trying to pick the best room with a view. The food and beer boom has fed the hotel boom. New ones are popping up faster than you can count them. There's the Courtyard by Marriott, the Hyatt Place, the Hampton Inn, the Hilton Garden Inn, the Portland Harbor Hotel, the Black Elephant Hostel, the Residence Inn by Marriott, the AC Hotel by Marriott and the Press Hotel.

According to Steve Hewins of Hospitality Maine, Portland has had 11 straight years of record growth in the hospitality industry.

We spoke to Steve at the Press Hotel, which was built in the old Portland Press Herald headquarters. This boutique hotel opened in May 2015.

"Boutique" means it has artistic touches that are unique to this property, from the typewriters on the wall to the art gallery in the basement to actual newspaper headlines that line the walls. "Boutique" is often also a euphemism for more expensive. But, with fine linens imported from Italy and marble bathrooms with rain head showers, you get what you pay for. And guests these days are more than ready to pay.

"I love the fact that Portland is the foodie city, and is definitely driving people that are coming here wanting to experience a number of different options, and we’ve also found at the Press Hotel that we’re attracting a type of guest that probably wasn’t coming to Portland five years ago. Certainly not 10 years ago. Not only because of the food and beverage offerings, but because they didn’t feel that they had a hotel that was commensurate with the quality level that they were looking to find. And that’s typically more of the major market travelers from, say, Manhattan."

Jim Brady is so sure Portland needs more hotel rooms that he’s developing another boutique hotel here on Center Street. This one’s going to have a rooftop bar with a view of the harbor. And Jim’s not alone. Four other developers have the same idea.

There's the beer-themed hotel, or "brewtel," being built on Hancock Street, right next to Shipyard Brewing Company; a Marriott-branded property called Aloft Hotel will be part of the big redevelopment of the Rufus Deering Lumber property on Commercial Street; and the West Elm hotel will soon be going up at 58 Fore St.

These properties are in or near the Old Port, but there’s one more just off the peninsula that’s getting a lot of attention, too.

Developer Jed Troub explains the layout: "The Children's Museum is gonna be right on this pile of stone there, and the restaurant of the hotel will interface with the entry to the museum, so they’ll have, you know, I think, a great amenity."

Troub and his partners are building Hotel Portland at Thompson’s Point. It’ll also connect with Brick South Event Center, plus their skating rink in the winter and the concert stage in the summer. Clearly, he also believes there’s plenty of room for more rooms.

“In our view, Portland has room. It has capacity and I think part of the reason behind that is because it’s becoming far less seasonal. You know, when you come up in the summertime you often can’t get a room. You can’t get a reservation at a good restaurant, and there’s plenty to do here year-round with the food scene and the beer scene and a great cultural scene that we have here."

It is truly a symbiotic relationship between the restaurants and the breweries and the hotels. They need each other to survive. And, at least for the time being they’re doing more than surviving. They’re thriving in a Portland Reborn.