We visit with one of the founders of Shipyard Brewing, and hear why they started the brand...and where they plan to expand next (Hint: you sleep over after a few) 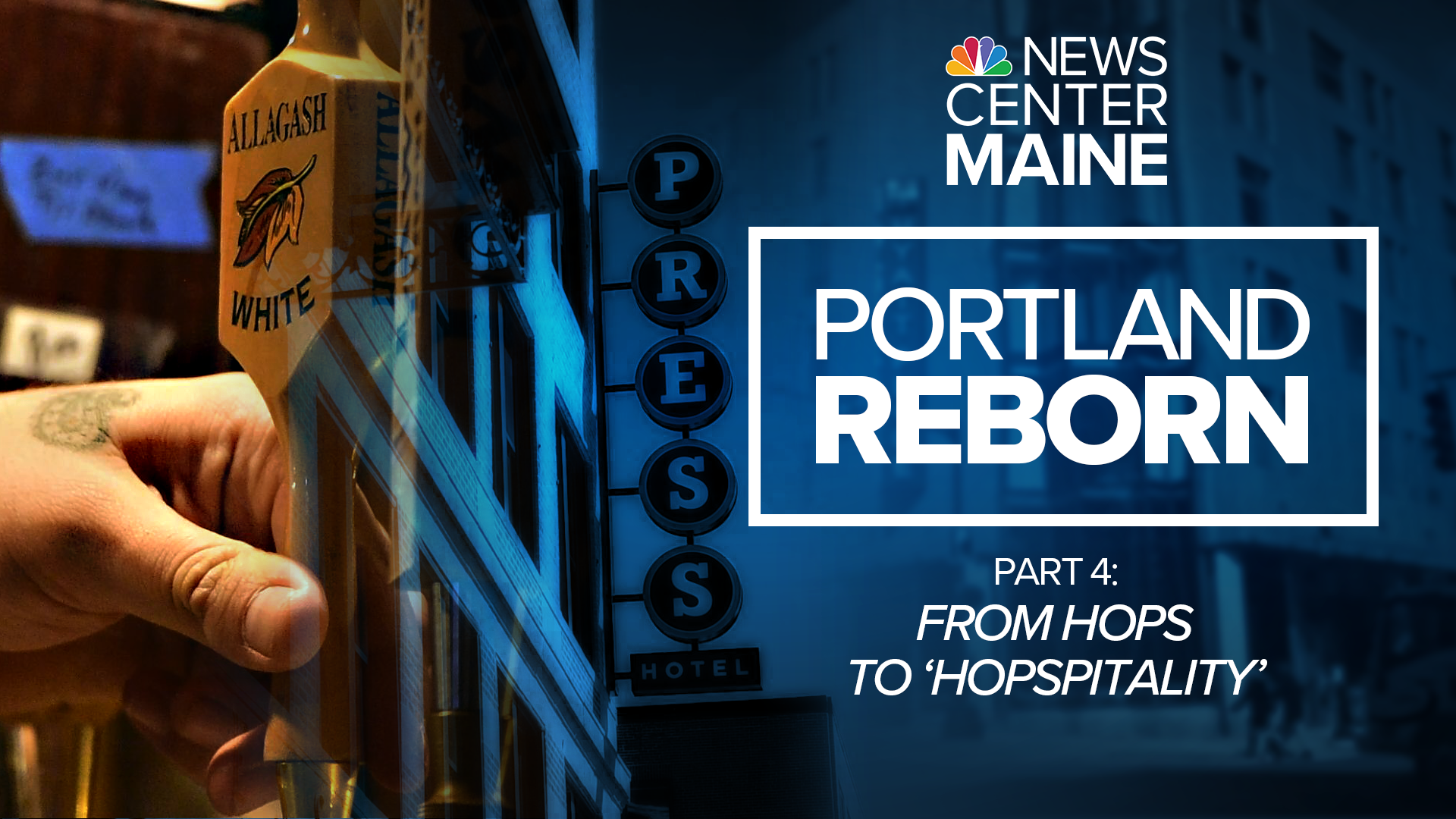 PORTLAND, Maine — If your parents and grandparents were beer drinkers, chances are they drank Bud, or Miller, or good ole PBRs. Sure, there were a few others, but those were the big three around here back then.

Fast forward to now, and those big industrial beer producers are laying-off people left and right — A, because beer consumption is actually down a bit in the U.S., and B, because craft beers are gouging in to their profits and market share.

In part four of "Portland Reborn," we take a look at one of the older craft breweries in the city. We'll show you the decisions they made that paved the way for the Great Beer Flood of the 21st century.

At Novare Res in Portland's Old Port, they have 20 Maine beers on tap and another 100-plus local beers in bottles. It’s a smorgasbord of flavor, an amber wave of grains and hops, if you will.  A great place to grasp the full size and scope of the Portland beer scene.

One of the first Maine breweries to gouge into the profits of those big industrial brews was Shipyard. Cousins Fred and Bruce Forsley wanted to capitalize on a new trend they noticed back late '80s.

"Somewhere in that time frame imported beer started gaining in popularity," Forsley said. "Heineken, Bass Ale, Guinness, and those brands, really, I think were the inspiration to Americans of that generation that there was better beer out there."

The Forsleys thought they could make better beer, too, so in 1992, Shipyard was born with a very specific consumer in mind.

"The original beer was designed to appeal to the Canadian tourists," Forsley said. "Hence the name Shipyard Export, our flagship brand. Modeled somewhat after what many of us drank growing up, Molson Export."

The Canadian tourists loved it, but so did the locals. Shipyard grew right away, and it was a little too fast at first. Their biggest problem was just keeping up with demand. They started brewing in a pub in Kennebunkport back in 1992, but the Forsleys quickly realized they needed a new location.

"We moved to Portland because we wanted to be a destination. We wanted people to come specifically to see Shipyard as part of their Portland experience. And that’s why we chose a place downtown. Now we’ve seen a dramatic change here in this neighborhood. Unbelievable, incredible."

There is no doubt Shipyard played a major role in revitalizing the India Street neighborhood of Portland. Back then, it was full of abandoned buildings. Shipyard took over one of them, and started pumping out beer.

Now, this the hottest neighborhood in the city, with new restaurants, shiny new hotels and the giant new WEX world headquarters. That's here so WEX employees can take advantage of all that is cool and trendy in Portland.

To be cool and trendy you need "merch," and Shipyard has plenty of that – hats, shirts, stickers, you name it. It plays into that brand loyalty idea that all the brewers embrace. And, the Forsleys have another innovative idea to bring even more people to the neighborhood: it's a beer-themed hotel, or "brewtel." It will be a place to crash after a long night of responsible drinking.

"The goal is to have a walk-through brewing experience," Forsley said. "You come into our tasting room and you’re able to walk through and see how beer is being made. This will be part of the retail experience."

There’s that word again, "experience." The chefs and the brewers want to do so much more than fill our bellies. That way we’ll keep coming back for more. And, we’ll need a place to stay when we come.

Maybe the brewtel, or perhaps one of the other new boutique hotels popping up all over the peninsula.