The city measure differs from a bill submitted by Sen. Rebecca Millett of Cape Elizabeth. 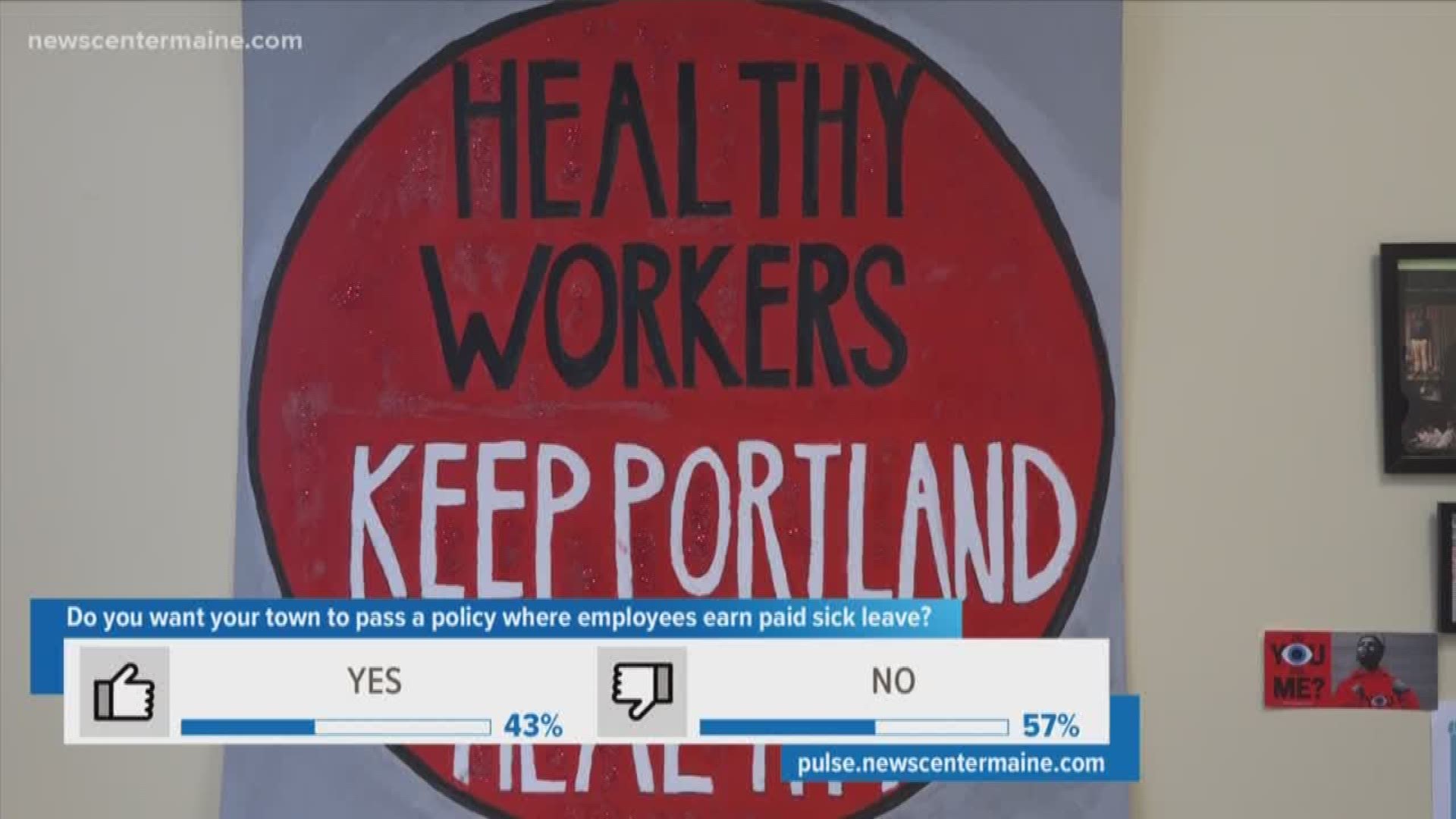 PORTLAND, Maine — Portland officials have postponed a committee vote on a proposal to allow employees to earn paid sick leave, a policy that the Maine Legislature is also considering.

City officials say Tuesday's Health and Human Services and Public Safety Committee meeting is being postponed due to a coming winter storm.

The meeting will be rescheduled for some time in March.

The city measure differs from the bill submitted by Sen. Rebecca Millett.

Millett's bill would exempt businesses with five or fewer employees from offering paid sick time. Portland's ordinance does not include the exemption.

City employers previously asked Portland officials to postpone the vote until action on the state bill is taken.