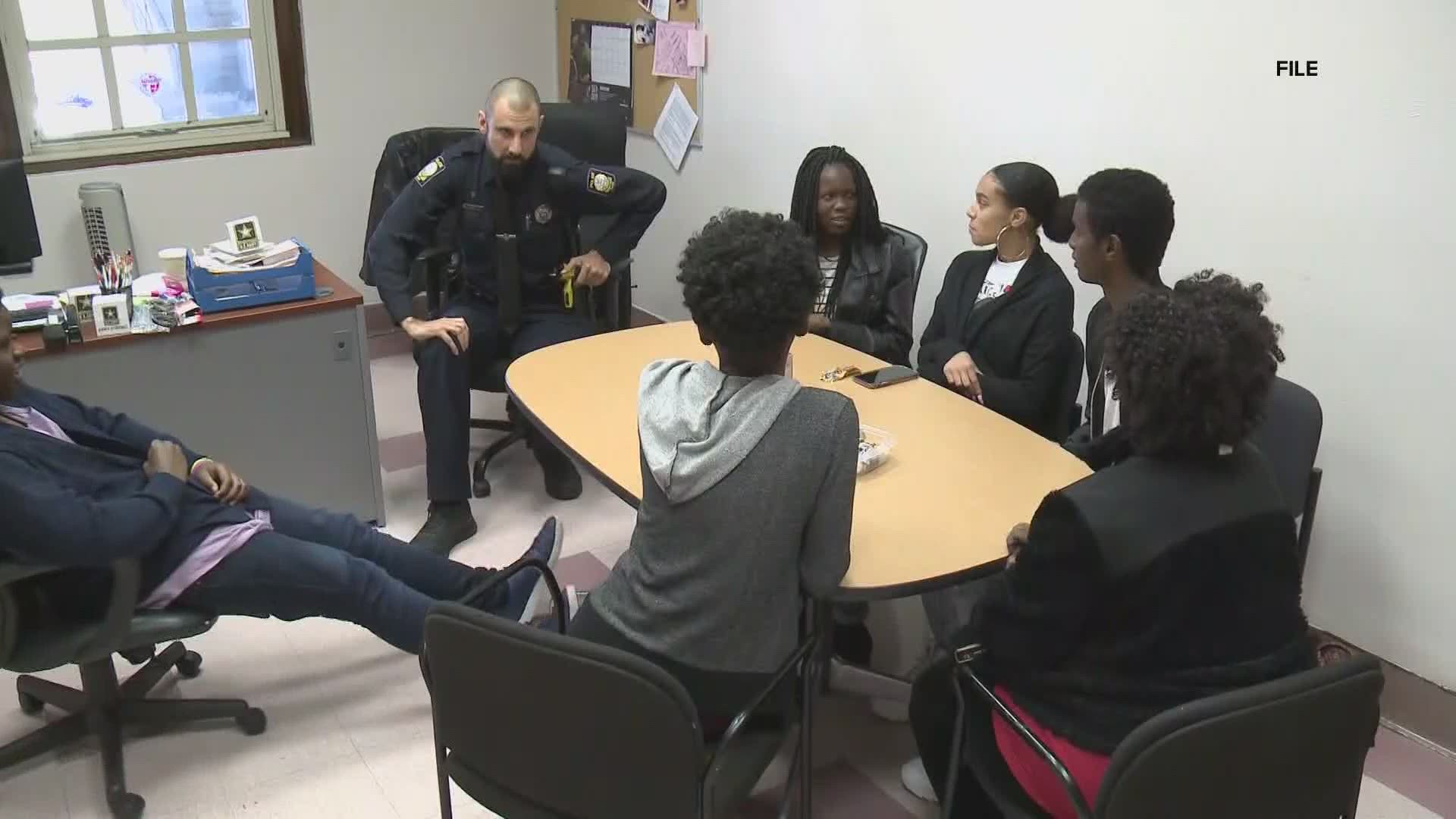 PORTLAND, Maine — The Portland Board of Public Education will hold a special business meeting through Zoom Tuesday, where it's expected to vote on the future of school resource officers in the district.

The meeting agenda calls for the Board to consider action on whether to adopt a resolution to discontinue the district’s Memorandum of Understanding with the Portland Police Department for School Resource Officers.

There are school resource officers in both Portland and Deering High School.

A petition started by two mothers, Victoria Parker and Erica King, to remove a law enforcement presence out of Portland's high schools has more than 1,000 signatures. It sparked the board to evaluate the effectiveness of police in the school system.

RELATED: Portland student resource officer speaks out as his job hangs in the balance

There's also another petition, following the discussion of the resolution, that was brought forward by two sisters, Portland High School incoming juniors Gabby and Ashleigh Daniels, asking for the officers to stay in place.

The new resolution features recommendations from the Cutler Institute Report on school-based policing in Maine and calls on Superintendent Xavier Botana to act quickly throughout this comprehensive process and to sign a one-year extension for a decision by July 1, 2021, to either remove or modify the roles of SROs.

On Monday, the American Civil Liberties Union of Maine issued a letter to Portland School Board members and Superintendent Botana. The ACLU of Maine argues that the issues the Portland Police Department cites for keeping officers in schools would actually be far better handled by social workers, counselors, and mental health professionals than by armed police officers.

The Board will meet virtually Tuesday evening at 6:00 p.m. for the meeting. It will be held virtually through Zoom.

The meeting can be accessed via this Zoom link: https://zoom.us/j/95982546219?pwd=OEZCdlAwbjJ6WHVrNWxVOHpIdnRpdz09

Anyone who wishes to offer public comment will need to use the "raise your hand" feature in Zoom. The meeting will also stream live on Facebook, and be available on YouTube following the meeting.