This comes after three straight nights of protests in Portland, in response to the police-involved death of George Floyd in Minneapolis. 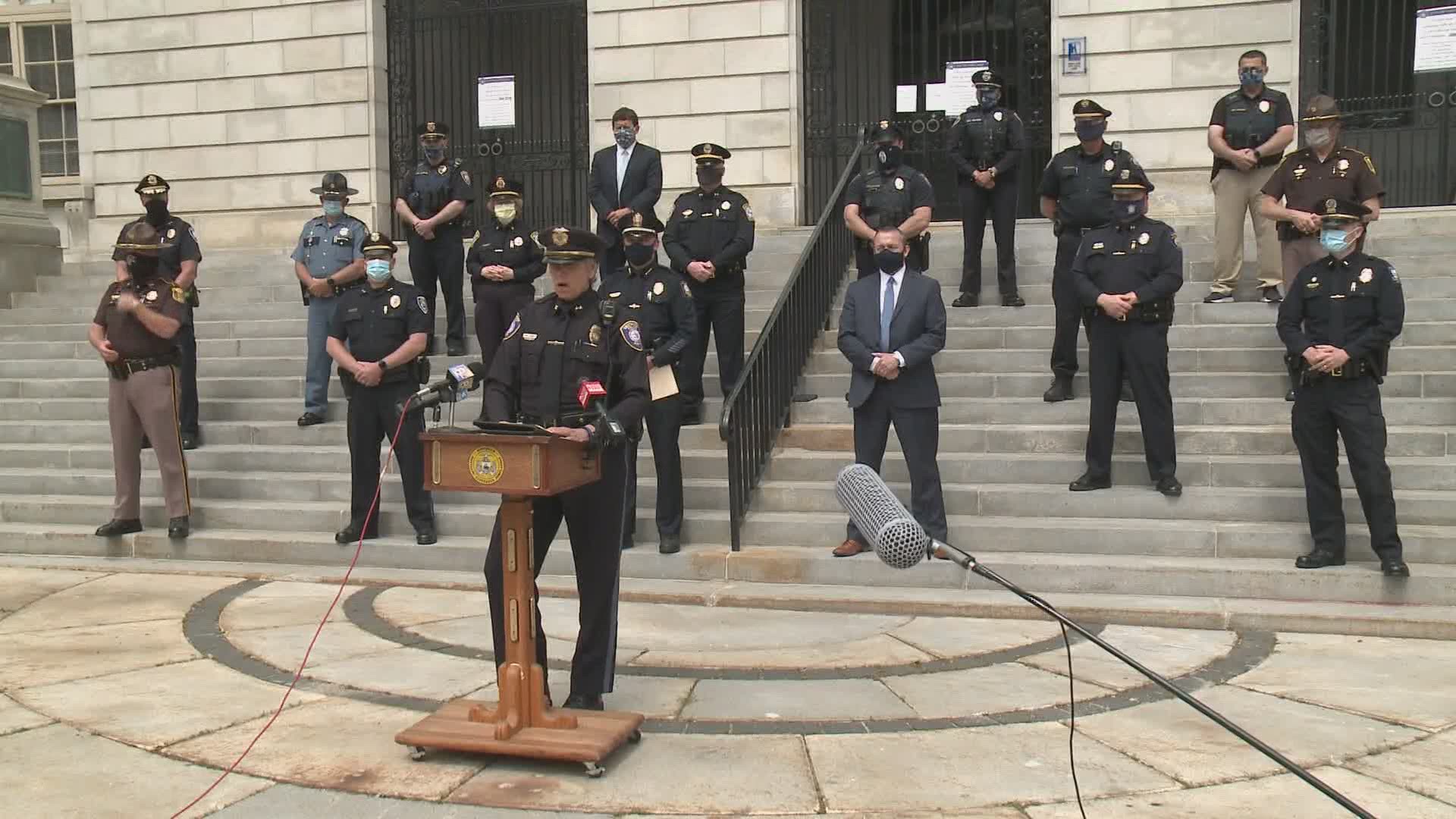 PORTLAND, Maine — Police chiefs from Greater Portland will joined together at Portland City Hall on Wednesday to speak about recent events.

This comes after three straight nights of protests in Portland, in response to the police-involved death of George Floyd in Minneapolis. Protests have erupted in Maine, throughout the United States, and around the world for several days after George Floyd, a black man, was killed by former Minneapolis Police Officer Derek Chauvin, who is white, and has since been arrested and charged.

The Yarmouth Police Chief says he is outraged by the killing of George Floyd. He says Maine law enforcement can and must do better. He says he will review policies and procedures. @newscentermaine

“As much as I get the anger. We can’t let the anger turned to violence or destruction. That’s when the message gets lost.” -Portland Police Chief @newscentermaine

The Portland Police Department said it made a combined 33 arrests during Monday night and Tuesday night's protests.

Things seemed to begin to escalate again Tuesday evening after organizers urged people to peacefully go home after ending the demonstration at 9 p.m. A smaller group didn't, though, and marched back to the Portland Police station. They were met with police again in riot gear.

Tonight’s protest in Portland appears to have cleared. Officers spoke with vocal protesters who urged the crowd the leave. Fire crackers were thrown at officers, however that appeared to be the end of any unrest tonight. PD is now clearing out parking lot @newscentermaine pic.twitter.com/Sb2bIwuVCS

Around midnight on Tuesday police addressed the crowd of about 100 remaining protesters and said they are attending an 'illegal gathering' and that if they didn't disperse they are subject to arrest. A handful did leave, but most remained.

Police began ordering people to disperse around 10:30 p.m. and said people would be arrested if they didn't. Police began using disperse tactics.

About 200 protesters with disjointed missions remain outside of the police department. Some set off firecrackers, and others urged them to remain peaceful.

#BREAKING Police say protesters are attending an illegal gathering and could be subject to arrest @newscentermaine pic.twitter.com/6sonpMruqy

Police began closing in on protesters to close streets. Police fired pepper ballers, which are like paintball guns but shoot out balls of pepper gas.

The protest in Portland cleared around midnight Tuesday night.