PORTLAND, Maine — The art of a Maine man, who now splits his time between Kennebunkport and Pennsylvania, has been chosen to adorn a future roundabout in the state's busiest city.

Mark Pettegrow is from Machiasport and has a home in Kennebunkport. He was one of four finalists that a five-member subcommittee, The Roundabout Art Selection Committee, decided to recommend to the Portland Public Art Committee. The Art Committee accepted Pettegrow's recommendation on Wednesday, July 17.

Pettegrow's proposal called "Passing the Torch" represents a light guiding people home. Sub-committee member Carol Schiller said Pettegrow’s art was chosen because it met the requirements of being a lasting structure and because of it’s artistic integrity.

“Mark Pettegrow's proposal called "Passing the Torch" will not only serve as a gateway to Portland but also a welcoming to Portland’s leading educational epicenter,” Schiller said.

RELATED: Art for Portland's future roundabout down to four finalists

The roundabout is expected to be built in 2020 and replace a six-lane intersection. It will also be the first public art installment in a roundabout in Portland. 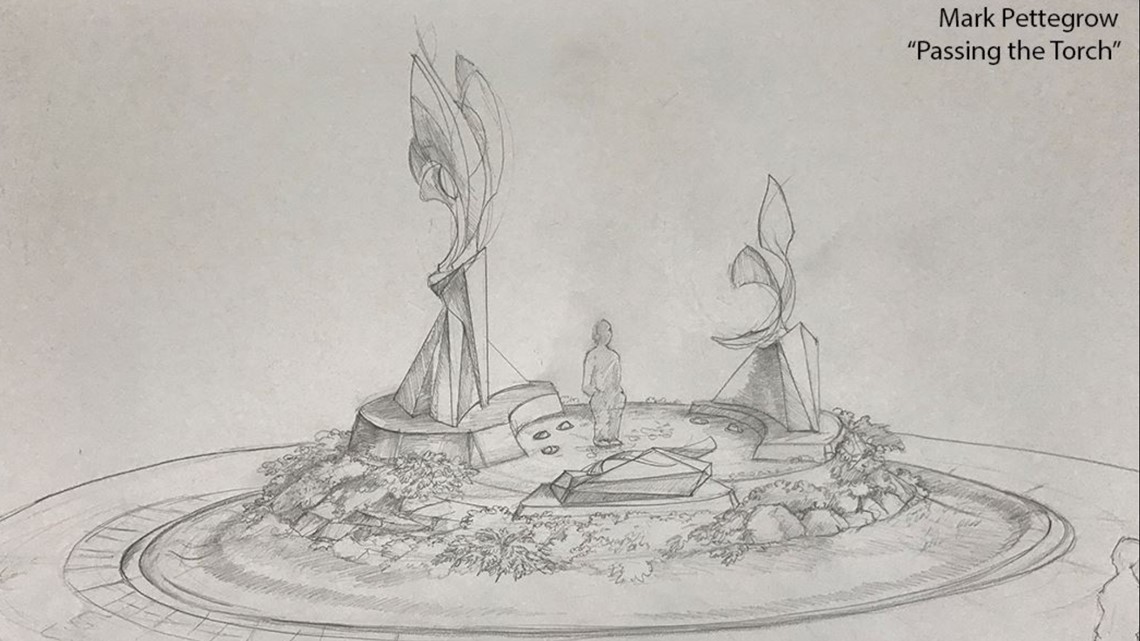 The six-legged intersection of Brighton Avenue, Deering Avenue, and Falmouth Street has been a crash-prone and traffic-laden location for decades according to the city of Portland and MaineDOT.

The idea of replacing the intersection with a roundabout started in 2012.

“I have lived here for 30 years and this is an extremely busy and frustrating intersection so these conversations about transforming this into a roundabout have taken place for 10 years or so,” Schiller said.