Black Lives Matter Portland said it is "still alarmed and dismayed" by the statement that the Maine Association of Police released Tuesday. 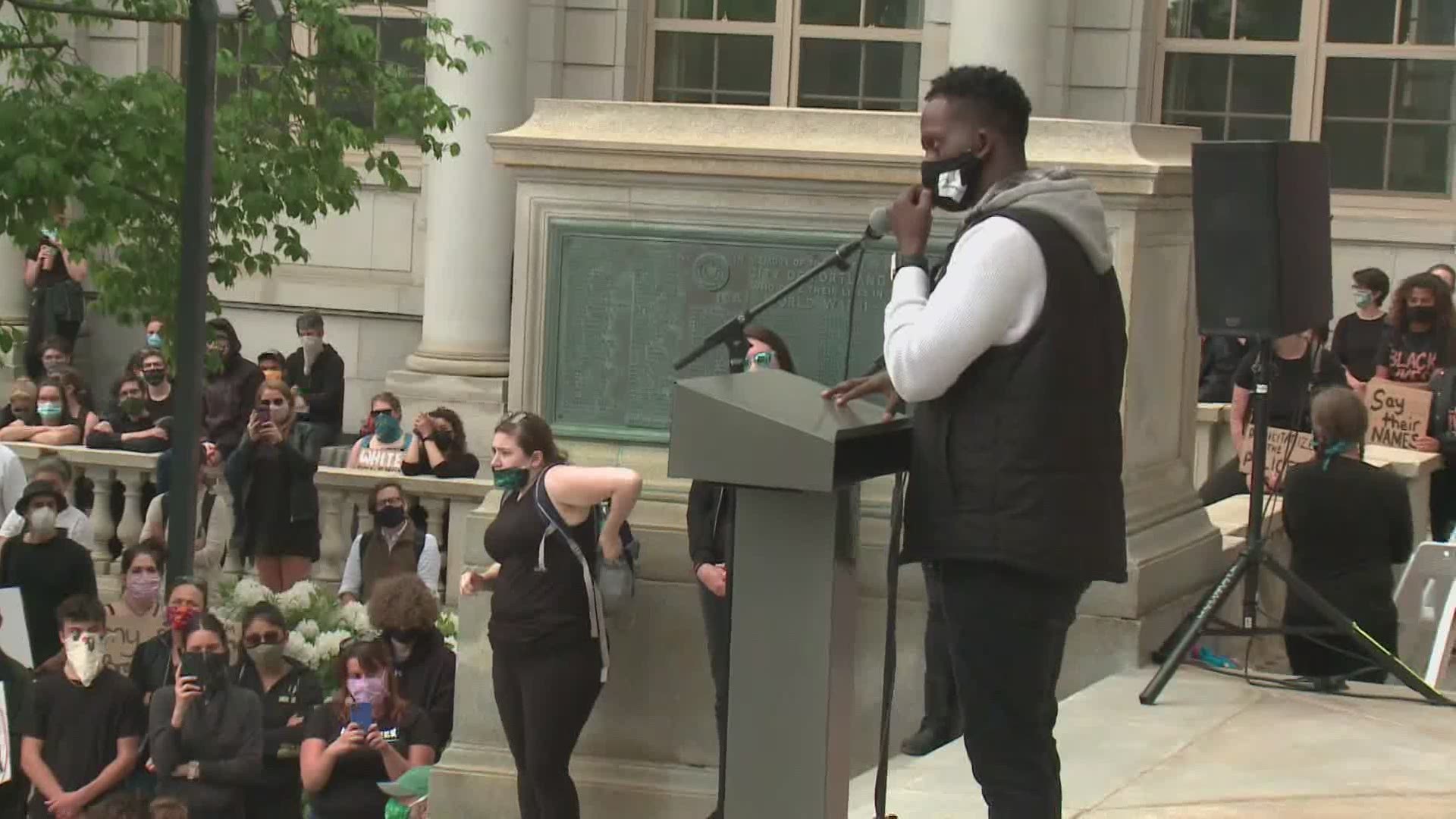 PORTLAND, Maine — Black Lives Matter Portland issued a statement of its own on Thursday in response to a statement issued Tuesday by the Maine Association of Police.

The organization wrote in part:

BLM Portland did not organize the protests of the past several days. But BLM Portland is still alarmed and dismayed by the statement that the Maine Association of Police (“MAP”) released yesterday. MAP’s statement lacks sensitivity to the concerns driving protests. It betrays a misunderstanding of structural racism. Worst of all, it draws a false equivalence between the murderous systems of structural racism, and the actions and attitudes of some protesters. We will take each concern in turn.

Thursday night saw the fourth straight night of protests in Portland, which were mostly peaceful. However, the Portland Police Department reported that a combined 33 arrests were made over the course of Monday night and Tuesday night.

Protests have erupted throughout the United States and around the world for several days after George Floyd, a black man, was killed by former Minneapolis Police Officer Derek Chauvin, who is white, and has since been arrested and charged.

The Maine Association of Police's statement said in part:

In your attempt at a peaceful dialogue you showed respect not only for the countless good officers throughout this state and country, but also our families who carry the concern on a daily basis, that their loved ones will not return from their shift. You also show that even in the tempest of misinformation and rhetoric, you will not be deterred from civil thought and discourse which we fight to protect everyday.

To those who's only intent was to create animosity, cause damage to your own community and openly accost and threaten officers and their families; YOU only serve to widen the chasm between our police and communities during this critical time in our collective history. Even though many have seen fit to post their uninformed rhetoric, notice that we have not silenced you or removed your posts. We do this as it's a protection of our constitution, but more importantly you help us by exhibiting the same bias and institutional "racism" towards ALL law enforcement officers with the same brush of ignorance that you say is used by law enforcement in dealing with individuals based on their race, creed, nationality or orientation. We will not debate anyone who's sole intent is to provide only one sided, zero sum solutions to a larger and much more complicated issue.

RELATED: Maine police, sheriff urge people of color to contact them with complaints