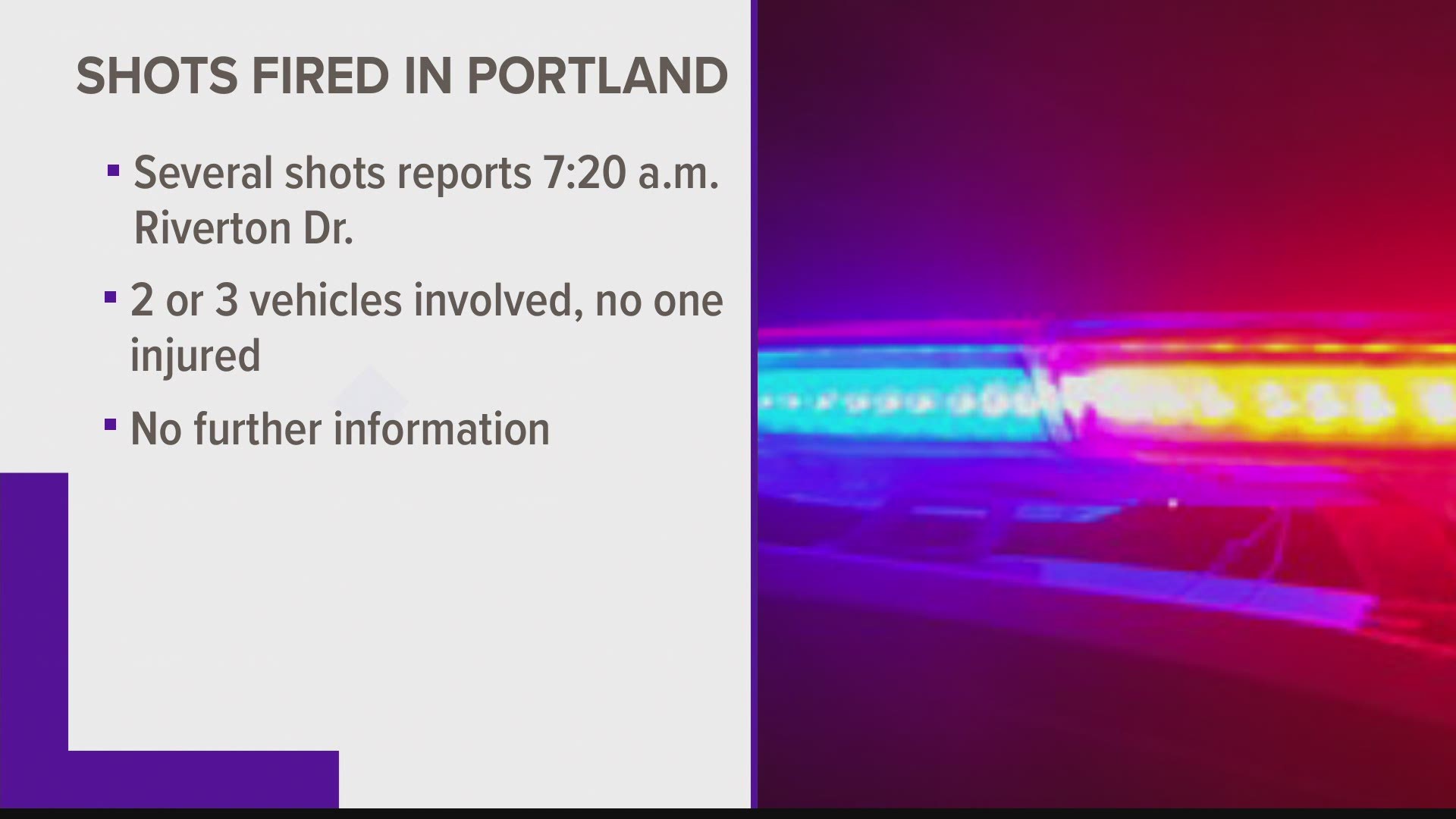 PORTLAND, Maine — The Portland Police Department are investigating after an incident where shots were fired.

Police said the incident was reported around 7:20 a.m. Saturday morning on Riverton Drive. Several shots were fired and two or three vehicles were involved. Police say no one was injured.

Shooting Investigation: Portland Police are investigating a shots fired incident that was reported this morning around...

No other information has been released.