Portland Police Chief Frank Clark's message to protesters: "We understand why you're here. We saw the video, we have the same concerns." 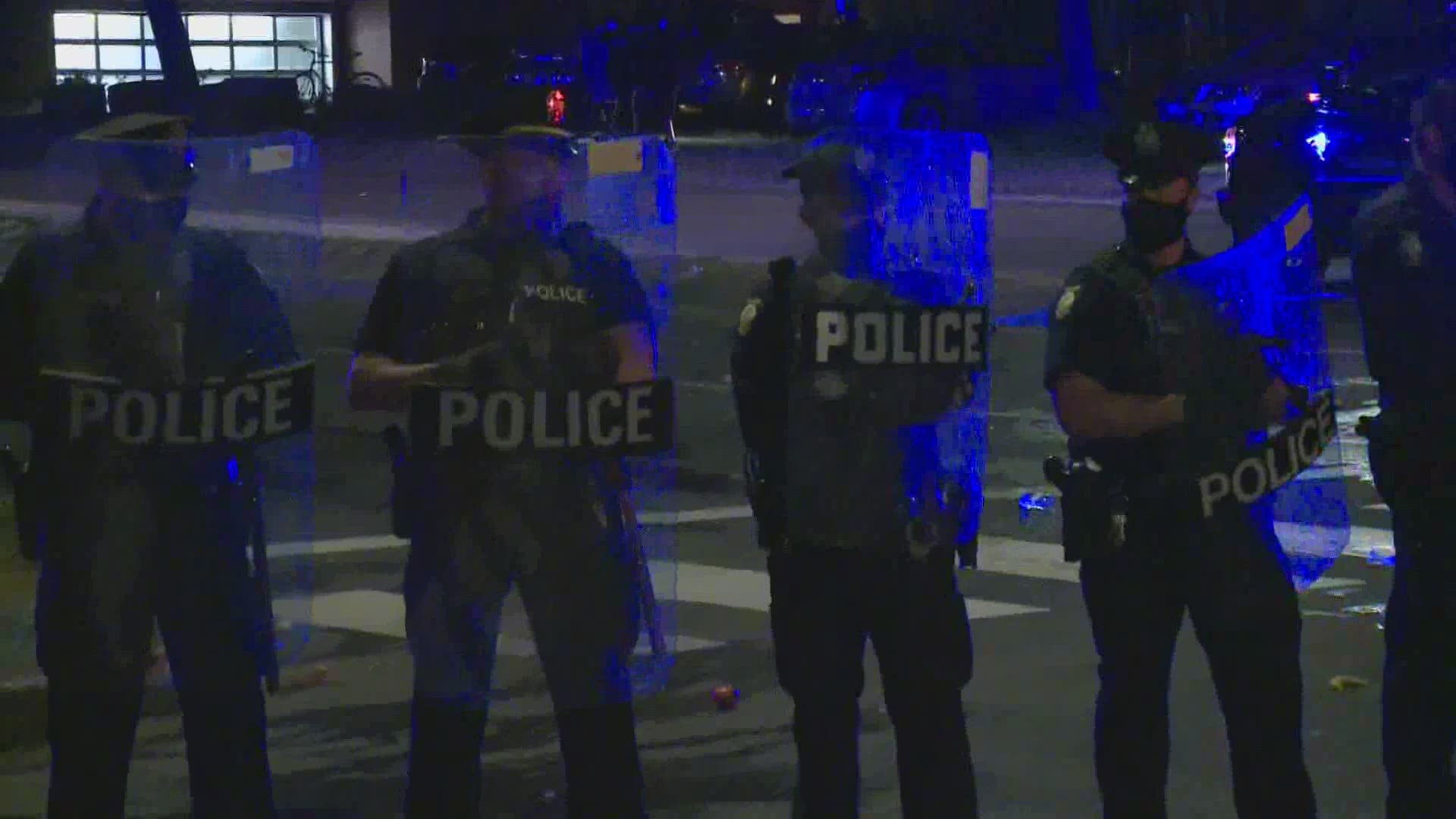 PORTLAND, Maine — Portland Police Chief Frank Clark spoke with NEWS CENTER Maine about the death of George Floyd and the ensuing protests across the country and his city.

"I would really like to express our condolences, our thoughts, and prayers to the family and friend of George Floyd. We've obviously seen the video that has been published nationally and we're extremely shocked," Clark said.

Protests have broken out across the country and across the world. Some have turned violent, while others—including those in Maine—have remained peaceful, though emotionally charged.

"What I saw on that video in no way reflects the values and professionalism I'm used to seeing here in the city of Portland," Clark said.

The video, which sparked outrage and the reignited the Black Lives Matter movement nationwide, shows the now-former Minneapolis police officer Derek Chauvin kneeling on Floyd's neck for nine minutes. His last words were "I can't breathe," which has become a rally cry for protestors.

"In terms of the protests we've seen here in the last few days, we've reached out to some of the organizers on Friday and we reached out again today [Monday] to a couple of the protesters. We still haven't heard back of made arrangements to sit down with any of them yet."

At the peaceful protest in Portland on Sunday, protestors stood their ground for hours on the steps of the Portland police station, trying to get the Chief to address the crowd. Peaceful negotiations went on for hours, and at one point police handed signs back out to the protestors, that had been taken by police from the George Floyd vigil site in the midst of the protests.

"What I can say to the people who were here [Sunday] and on Friday is we understand why you're here. We saw the video, we have the same concerns and we get it," Clark continued.

Meanwhile, in Bangor at a protest on Monday, Bangor Police are kneeling with protestors and hugging them in the streets.

"Where we need to move from here is find a direction where we can move together... We're here working with the community and we need the community's cooperation to do so," Clark said.

"I think what we see our role as here as police officers in this city is to facilitate the ability of people to come here and peacefully and lawfully assemble and express their first amendment rights."

Clark says in light of the tragic death of George Floyd, the department is taking a careful look at the systems it has in place:

When asked what he believes are the necessary steps to implement change, Clark said:

"I think it's the relationships our officers have on the streets with members of various communities in the city on a day to day basis. Those relationships are key to moving forward."

1 / 14
Gabrielle Mannino/NCM
A protester yells while on his knees as the group lies down in the street during the Black Lives Matter protest on Sunday, May 31 in Portland.

It's really getting into the nitty-gritty and it's having those relationships and that's exactly what we've been trying to do... reach out, build those bridges, and actually have those conversations."

Asked about the vandalism to the Portland Police Department, Clark says he's "disappointed, to say the least, that that was where it had to go."

According to some protestors, the vandalism happened when the large crowd left the police station and headed back towards Monument Square on Sunday. They say a few outliers were responsible.

"I get there's emotion and that was an expression of their emotions, but it's very disappointing. Where the line is in terms of our mission to try to protect folks' rights to peacefully protest stops at the line where people are starting to break the law, where people are causing property damage or any sort of violence, that is where we'll take swift action."

Clark expresses hope an optimism that folks will continue to protest peacefully and that kind of swift action will not be necessary.

"The trust our community has within its police force is extremely critical. Without that trust, we're not in a good place. We're going to continue to work hard as an agency. The incidents that have happened have only emboldened our desire to move forward, to look at our policies to look at our training, look at our practices, and to be, what I think we have here already, which is a professional law enforcement agency, but we'll make it even more so."

Protests continue across Maine on Monday in Portland, Bangor, Lewiston, and Brunswick. More are planned throughout the week as well. 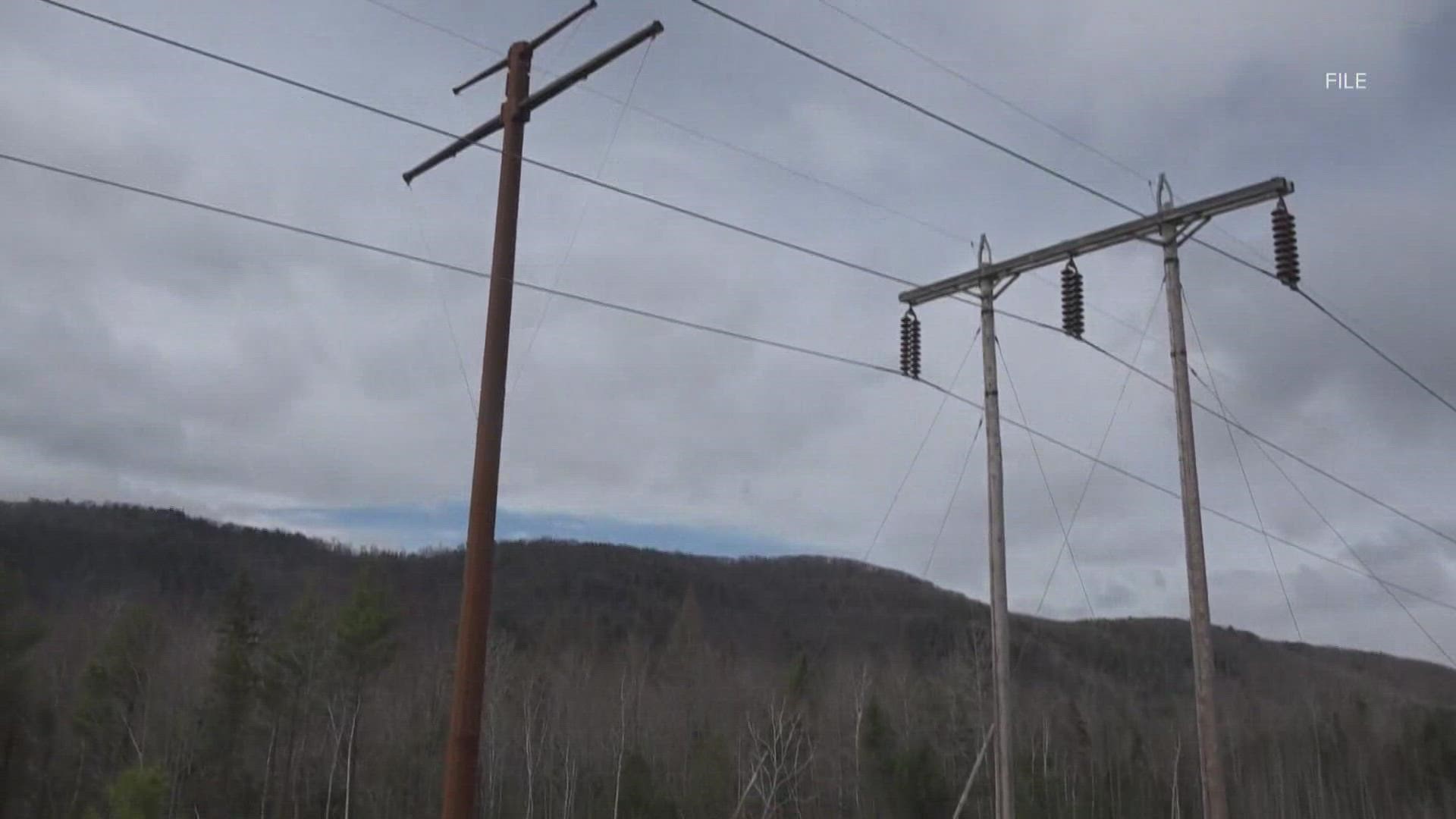