While eight women have served as mayor before her, Kate Snyder becomes first woman elected by voters as Portland's mayor. 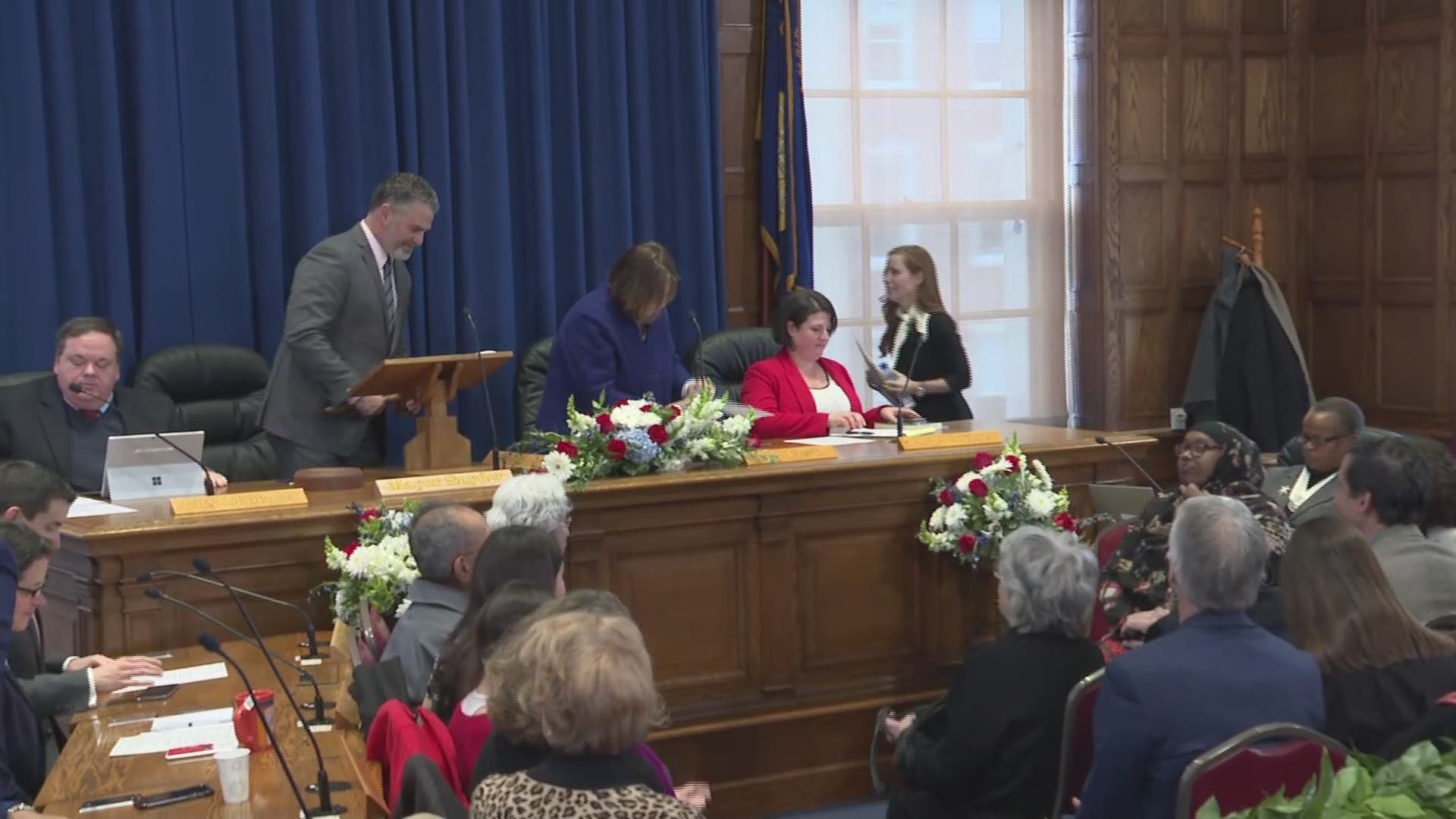 PORTLAND, Maine — The city of Portland officially has a new mayor, after Kate Snyder was sworn into office Monday afternoon -- becoming the first woman elected by voters as Portland's mayor.

According to the Portland Press Herald, Portland has had eight women serve as mayor in its 233-year history, but none had been elected mayor in a citywide vote until Snyder's victory last month.

In 2019, women hold leadership posts in all three branches of state government. Although gender was not a major focus during the campaign, Snyder defeated three men to win the seat.

Snyder received a standing ovation after she was officially sworn in to office and wasted no time addressing the issues she heard about most on her campaign trail. First on her list, affordable housing.

"Affordability is on the top of everyone's mind," Snyder said. "Of the 4,000 people on Avesta's list for affordable housing last year only 379 were matched with available housing."

RELATED: Who is Kate Snyder? Portland's newest Mayor-Elect is ready to get to work

She says while some people get lucky and find an apartment or home of their dreams in the city, many are dealing with the reality of low housing stock, inflated pricing and a high mill rate. Saying all of those factors can make the city less attractive to newcomers and harder for many residents to make ends meet.

"So, if you live in Portland," Snyder said. "You will pay more annually in property taxes than those occupying similar homes in nearby towns like Falmouth, Scarborough and South Portland."

She says she is also aware of the growing number of those facing homelessness in the city and the need for strong public education. Another big concern among long-time residents was regarding how quickly the city was changing.

"For some Portlanders, the development we've seen over the past five or ten years is welcome," Snyder said. "To others, it's a sign that their Portland is slipping away or no longer exists."

Before Snyder was officially sworn in, incumbent Mayor Ethan Strimling addressed the room. He says the last four years have been both the hardest and most gratifying. He thanked the city and council members before saying Snyder was 'the best person for the job'. 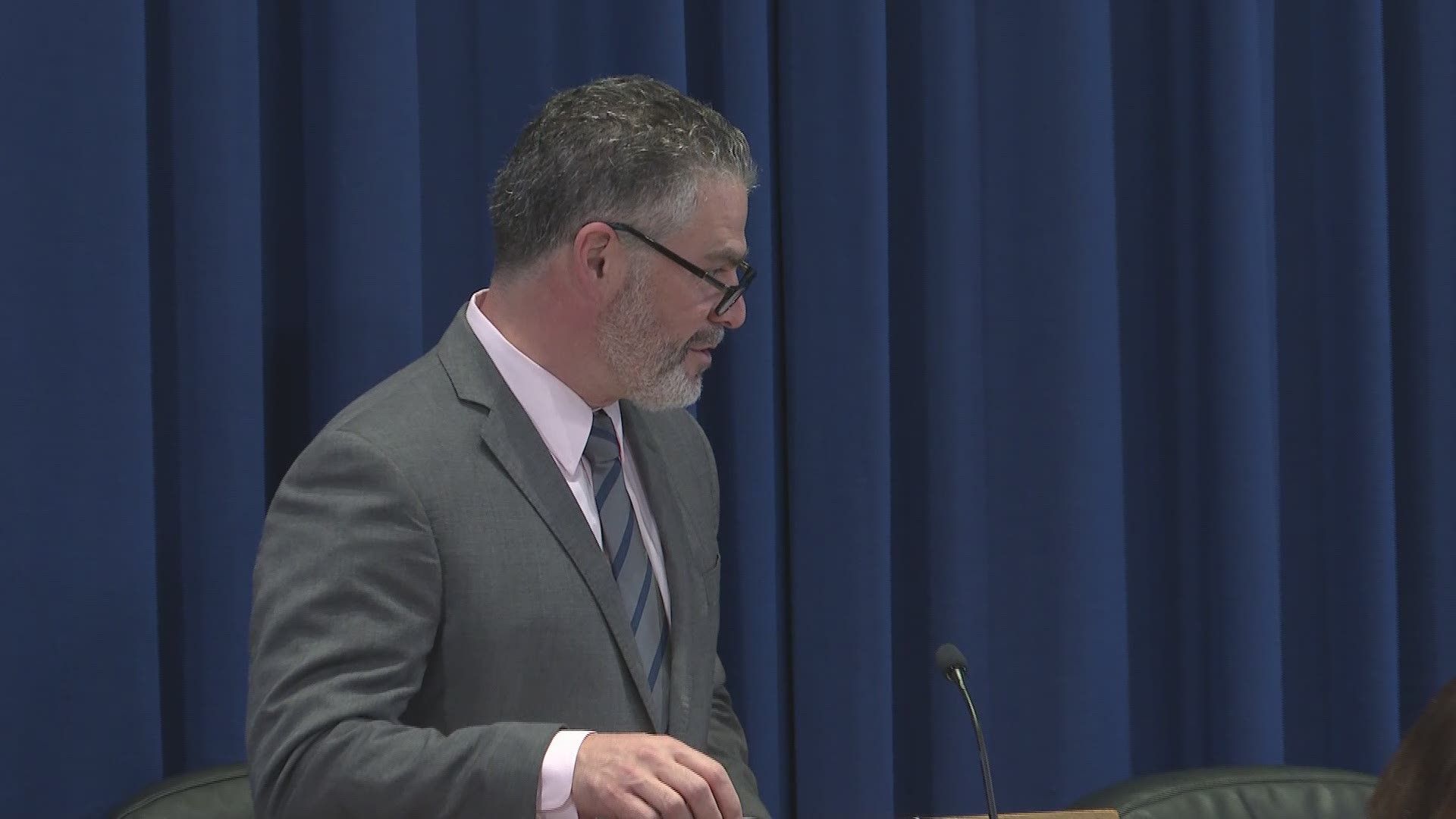 When NEWS CENTER Maine spoke with Snyder the day after she was elected, she said voters were ready for change and believes she brought a fresh perspective to the table. Snyder and her family have lived in the same home off of Brighton Avenue for more than 25 years. She says living off the peninsula gave her a unique advantage over the other candidates.

"To be the only homeowner in the race, the only parent and also the only person who lives off peninsula -- I think it's a relatability thing," Snyder said. "It resonates with some Portland residents, not all of course but... [it gives you a different perspective] yup, I think that's right."

As Snyder joins her fellow council members in her seat at the table, she says she's determined to help continue moving Portland in a direction everyone can be proud of and stick to the city's definition of mayor while doing it.

"I think it's imperative that we work really collaboratively, so as mayor I intend to work very closely with my fellow councilors, we act as a body," Snyder said. "I feel like we can do this and I have a lot of optimism for the way the relationships can work."