Threats of violence and potentially armed counter-protesters prompted a plea from Portland city officials on Friday: 'leave your guns and bad intentions at home.' 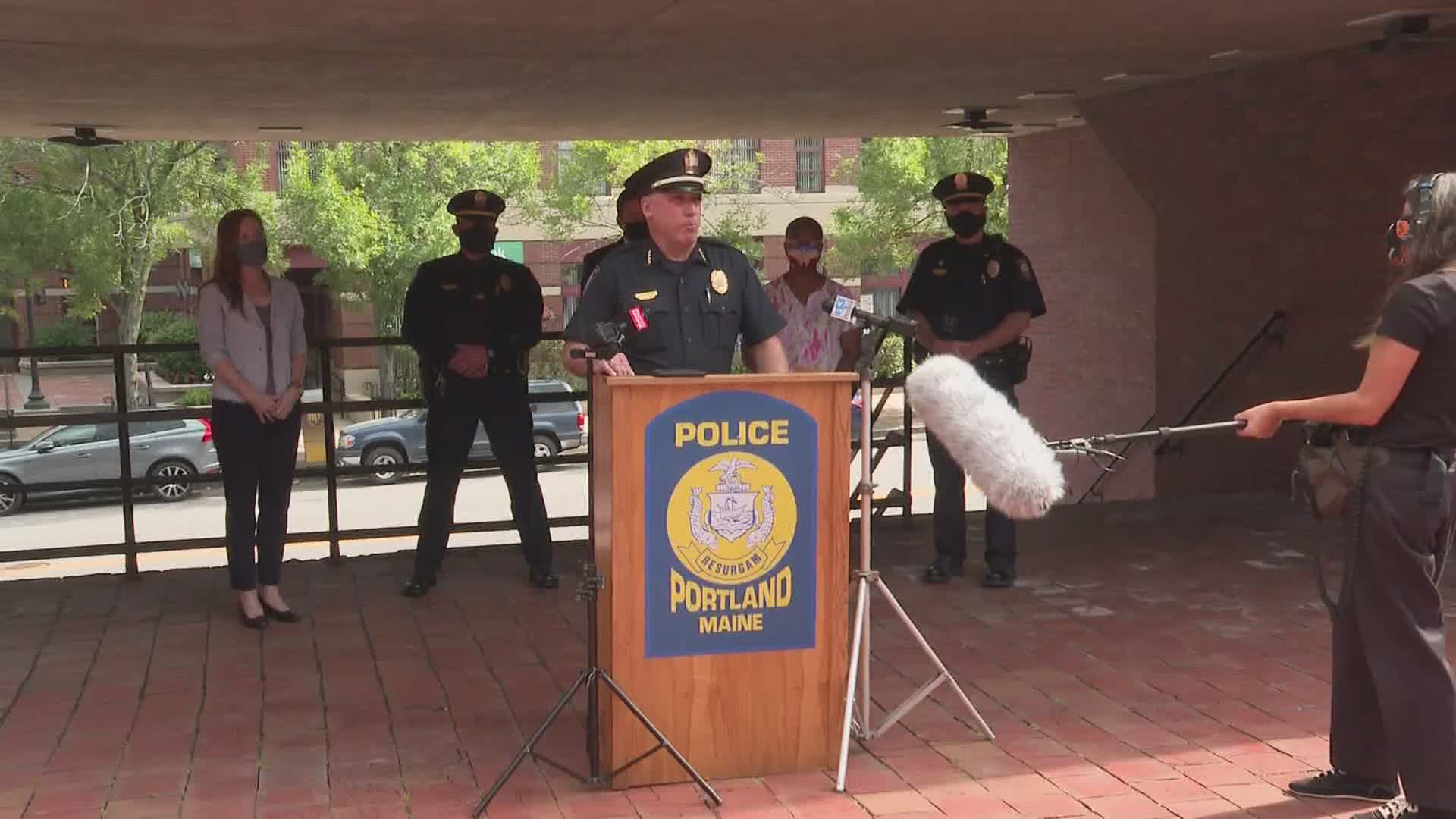 PORTLAND, Maine — As America continues to be gripped in protest and anger over the shooting of Jacob Blake, a Black man who was shot in the back by police in Kenosha, Wisc., Black Lives Matter protesters in Maine were planning to "stand up against racial injustice" on Saturday in Portland. But as of Saturday morning, organizers announced the event has been postponed.

"We want to be clear, we are not postponing because those who threatened us have 'won.' But we also have to reckon with the reality of living black in Maine, and how when push came to shove, White Maine and city officials were quick to cast judgement. And in our skin, judgement can be a death sentence," organizers wrote in a post on Saturday.

According to an event listing on Facebook made by Black Lives Matter Maine, protesters were to meet in front of the Portland Police Department at 5 p.m. on Saturday.

The planned event, which sparked "troubling social media activity," prompted police and Portland Mayor Kate Snyder to address concerns and call for calm ahead of the protest. Snyder and Portland Police Chief Frank Clark held a briefing Friday afternoon about the event.

BLM organizers say, however, the press conference Friday is what led to their decision to postpone.

"We are not postponing because of threats. But we also have to keep our members safe from physical harm. We ask you white Maine and city officials- is this your reality when you approach a podium? Or did you effortlessly approach your microphone for a press conference today without hundreds of threats on your life?"

Shortly after their initial announcement Saturday morning, another post was made, saying while the official Maine chapter of BLM is not associated with the Saturday event any longer, others have "every right to protest," and said, "do whatever you feel is comfortable for you."

A Sargeant with the Portland Police Department told NEWS CENTER Maine their plans haven't changed in regards to preparation for the event and will be downtown like originally planned.

"I want to stress that the Portland Police Department will, as always, ensure constitutional rights of any individual or group to peacefully and lawfully gather and protest," Clark said at the onset of the briefing.

Clark said the community has expressed concerns over public safety, which he says the Department and City officials share after seeing social media posts about the protest threatening violence and civil disobedience.

In a post made on Thursday, organizers of the Maine chapter say they've received "hundreds of private and public threats" over the planned protest, "threatening to harm and shoot us, and counter demonstrate on Saturday."

"It's clear to us from posts on our page we have a lot of work to do in Maine," organizers said in a statement. "To fight back against police brutality and racism, we need to educate people about protest tactics and challenge anti-black racism. It's clear people don't know what civil disobedience is and have brought anti-black, racist, assumptions into our event page."

Clark says he's seen and heard about some protesters intending to break the law, and counter-protesters planning to come potentially armed.

The police have been in communication with organizers, who have assured police the intent is to be peaceful, and any civil disobedience will be to the extent of blocking streets.

At a protest in the days following the Blake incident, a 17-year-old counter-protester was arrested for allegedly shooting and killing two people.

Clark says, "Let me be clear—vigilanteism is something that is not needed and is not welcome here in the City of Portland."

"If your intentions are to ‘help’—please let us do our job of protecting this community and its residents," Clark continued. "The presence of armed civilians will only increase tensions, the likelihood of confrontations, and cause unwanted public alarm. We do not want the conflict we’ve seen elsewhere here."

Clark ended with a plea to both protesters and counter-protesters to remain peaceful.

"We respect the right to peacefully and lawfully protest but leave your guns and bad intentions at home. Work with us to help create a safe space for your messages to be heard. Do not put my officers in the position of reacting to possible threats, violence, or criminal acts—and simply go home and peacefully disperse when the event ends."

Portland PD is aware of claims there will be armed counter protesters. Chief Clark says armed civilians likely to cause unwarranted confusion/ distraction for police, and ultimately increase tensions and put public & officers at risk. Please let them do their job. #portlandme https://t.co/ESN1wCkQwW

"Portland is a community that values our ability to exercise free speech and an individual’s right to protest," Snyder said. "We also value safety and security for our community and those who are visiting our wonderful city."

Clark says he and City officials feel good about their preparations for the protest and says they've learned from the protests that occurred in June.

There have been countless racial justice protests throughout Maine and throughout the country this summer, which were sparked in May when George Floyd was killed by Minneapolis police officers while in custody.