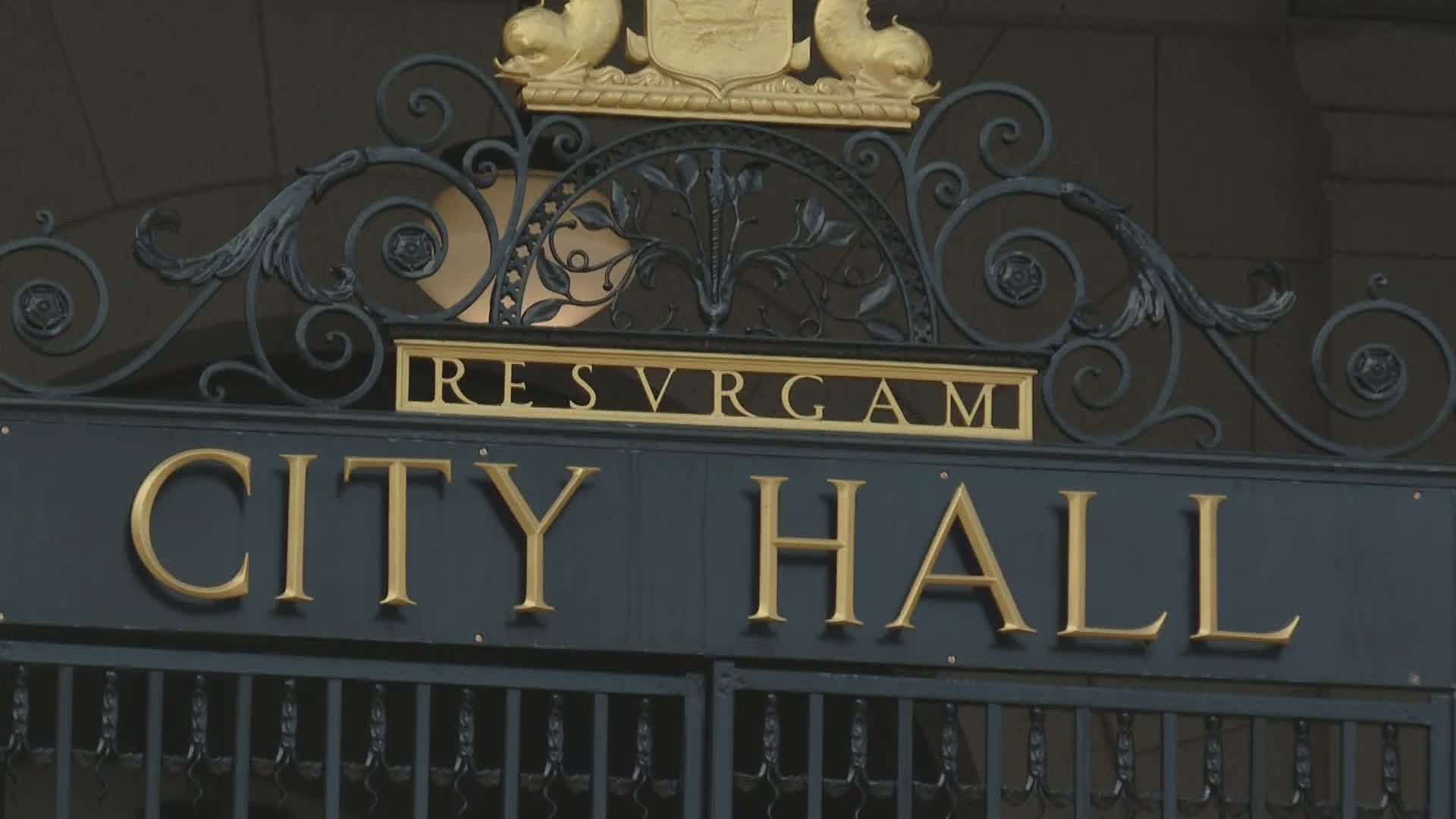 Friday's massive Black Lives Matter protest in Portland was the largest yet in the city. Thousands of people took to the streets for eight hours to symbolize the approximately eight minutes a police officer was kneeling on George Floyd's neck.

Some members of the protest were especially critical of Portland City Manager Jon Jennings.

With the words 'we can't breathe' projected onto Portland City Hall, organizers demanded the immediate removal of Jennings, blaming him for perpetuating racism in Portland.

The leaders of the march also asked for the immediate creation of a COVID-19 equity task force, shutting down Long Creek Youth Correctional Facility and banning facial recognition technology, blaming Jennings for these processes.

Saturday, several members of the council jumped to Jennings' defense.

Portland Mayor Kate Snyder was the first to establish the work Jennings has done for the City of Portland.

"The city manager has my full support," said Snyder

"John's background is grounded in work like the creation of "Team Harmony," which was founded in 1994 as a nationally recognized, multicultural forum designed to unite youths of all backgrounds, in a battle against prejudice bigotry and hatred and to affect social justice for all people. As many of you know, the idea of Team Harmony was born from the friendship of late Boston Celtics captain Reggie Lewis and former Celtics assistant coach, our city manager Jon Jennings," said Snyder.

Snyder went on to say that any criticism of policies that Jennings enacted was made so with the council's direction.

"I don't know how you can say that nicely, and we're hearing it. We hear the urgency and so the only thing I want to emphasize, cause I think I bring a different perspective to it, is my reaction to sitting on a bench in Lincoln Park yesterday. I'm sitting on the bench because I can't stand that long anymore, but (I'm) there listening, putting my wall that people elected me to serve, to action; listening," said Duson. Duson is African-American.

"And I was...when I heard it come and see the switch to 'get rid of Jon Jennings,' it is like that, it's like I don't get where it was coming from. I'll say I know it might seem confrontational, but for me, it was I could, I have not experienced a more clear example of co-opting the message of the leaders of this movement."

Duson added, "(First page of flyer) was an unequivocal statement of what folks in the Black Lives Matter movement want nationally, statewide and from this city council. The reverse side, old issues, on which the council has voted and aligning all of those to Jon Jennings. It co-ops the message, it detracts from the urgency of where people are on this issue. I frankly, I just, I don't get it and there's not a process and appropriate forum for this counselor to respond to that, and so we have our own forum to first make sure that folks hear and can react to what the council is saying it will do. One, Black Lives Matter issues and secondly, to state our support. Take responsibility for the decisions that this council has made, not allow them to be blamed on a single member of staff of the city."

Mayor Snyder finished the press conference by assuring portest leaders they are beig heard and the council intends on addressing the issues that have been raised.

Below is a press release detailing issues the city has already started to address: