Massive Black Lives Matter protest is largest yet in Portland 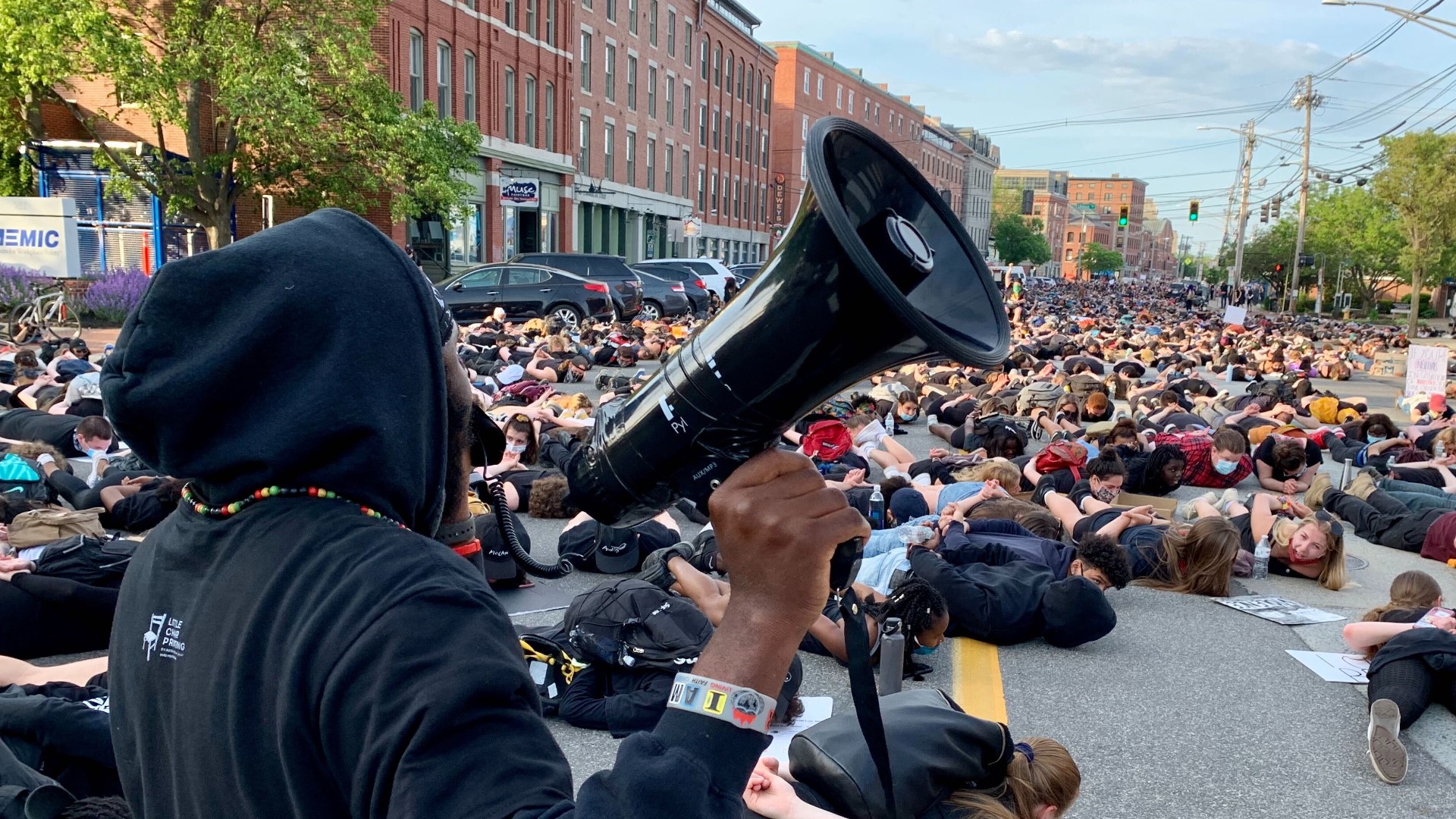 PORTLAND, Maine — A massive Black Lives Matter protest in Portland Friday night was the largest yet in the city.

Thousands of people took to the streets for eight hours to symbolize the approximately eight minutes a police officer was kneeling on George Floyd's neck.

"I'm a tenth generation Mainer so for me this is absolutely crazy," demonstrator Kelsey Phillips said. "It's an emotional day. I am a person of color and this is hard for me. I just had to look at three year old girl and tell her she's going to change the world,"

It was the first event formally organized by the group BLM Portland with the mission of 'promoting racial justice and social consciousness' following Floyd's death at the hands of police in Minneapolis last week.

The group made several stops across the city before ending the protest at city hall at 1 a.m. Saturday.

With the words 'we can't breathe' projected onto the building, organizers demanded the immediate removal of Portland city manager Jon Jennings. They also called for sweeping policy change to help minority communities and people of color.

Earlier in the night demonstrators filled Commercial Street and laid down in the middle of the road to stage a 'die -in.'

RELATED: Rallies and marches planned throughout the weekend to protest police brutality and call for social justice

"Get Maine's house in order...your silence in violence," she said to the crowd.

Some buildings were boarded up along Congress Street out of an abundance of caution.

Portland Police confirmed to NEWS CENTER Maine that officers were prepared if the event turned violent, but were not issuing any kind of curfew.

There was some concern about out-of-state groups attending though, according to officials, given that President Trump is visiting the state.

City officials said there was also a report that some organizers believed to be associated with demonstrations earlier in the week chose to pull out of the event out of fear it could become more heated than previous nights.

The event remained entirely peaceful though.

"The group successfully delivered their message peacefully and effectively throughout the organized event," a spokesperson for Portland Police Dept. said in a statement Saturday.