Protest organizers said they do not condone violent behavior but understand why demonstrators are angry. 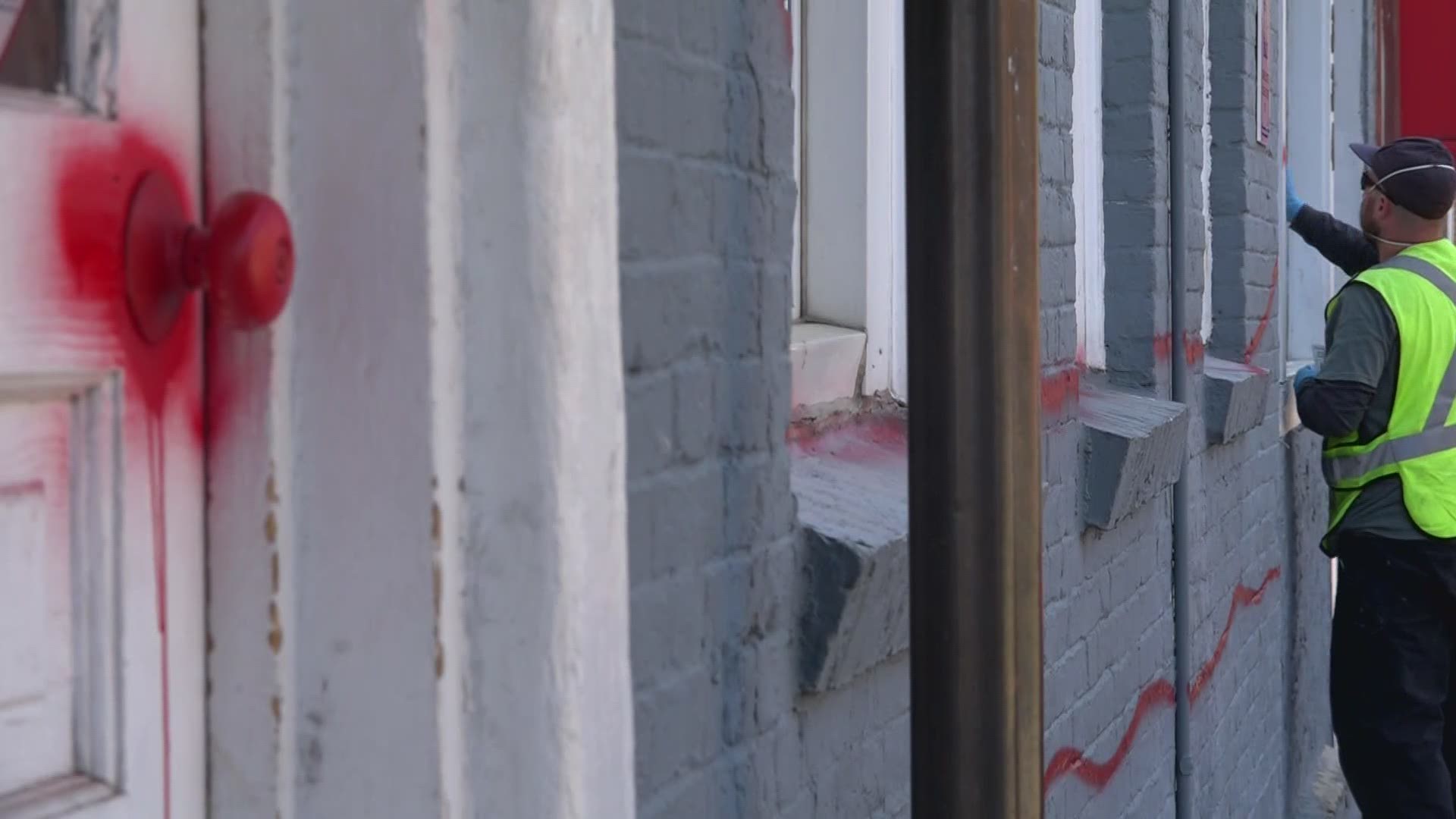 A total of 35 properties were impacted, according to Portland Police.

"It's coming off hard but we'll get it," Johnny DiFiore said as he scrubbed red spray paint off one building.

He and others spent the day scouring walls, pressure washing granite steps, and boarding up windows across the city.

Old Port Spirits & Cigars was one of the hardest hit after rogue protesters shattered a window and broke into the store and attempted to steal liquor.

"I was hurt. I really was," owner Jacques DeVillier said. "They have every right to protest and they have a right to be upset. I support them 100-percent, but we don't do that by doing more wrong."

RELATED: WATCH LIVE: Mainers gather at Congress Square in Portland for another night of protesting

DeVillier said such actions are not reflective of most of Portland and do not honor George Floyd, the black man who died as a result of a white police officer kneeling on his neck in Minneapolis just over a week ago.

"This is not Portland," he said.

The damage comes as some businesses were just getting back open under Stage 2 of Gov. Mills' reopening plan. Some just opened for the first time this week.

Twenty-three people were arrested by police Monday night. Police in riot gear used pepper spray and other tactics to get demonstrations under control after bottles, rocks, and bricks were reportedly thrown at them.

Chief Frank Clark, who still has yet to meet with activists as they have been demanding, released a detailed account of the incident Tuesday with the following statement:

“As I’ve said before, the City of Portland and the Portland Police Department respects the rights of those who wish to protest. We understand and are also disgusted by the recent tragedy. Our goal remains providing a safe environment for those wishing to peacefully express their views and First Amendment rights. We are fortunate that no one was seriously injured and that most of the property damage was minimal. Unfortunately a committed smaller segment of this group ended up making this event anything other than a peaceful and lawful protest. They took the opportunity to commit acts of violence, damage public and private property and place my officers and the public at risk. We will not stand for such criminal behavior.”

Bol and a group of self-proclaimed 'Black Lives Matter' activists have been leading the mostly peaceful events every night.

She told NEWS CENTER Maine she does not condone violence or destruction.

"It does give us a bad rap for us who are peacefully protesting. But in the same breath they're mad. And I understand they're mad," Bol said. "I'm mad, but we can't stoop to that level."

Another protest was scheduled for 6 p.m. Tuesday night in Congress Square.