A petition with nearly 1,000 signatures is set to be discussed in the Portland School Board’s meeting on Wednesday. 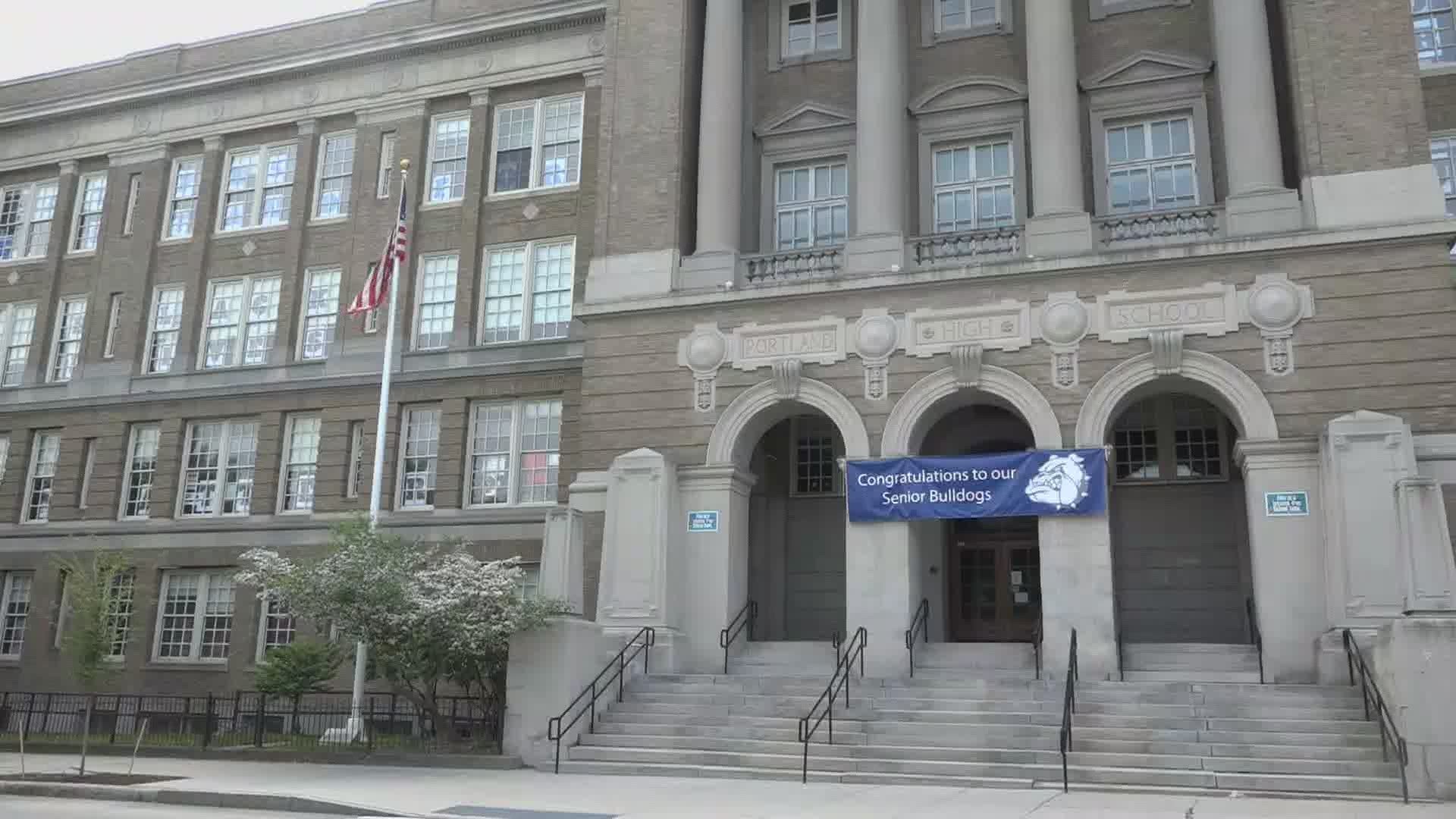 PORTLAND, Maine — The protests sweeping the country and the world over the killing of George Floyd’s death have already sparked change in the system when it comes to policing in the U.S.

In Minneapolis where the movement began after Floyd, a Black man was killed by a police officer while in custody, the School District unanimously voted on June 2 to end an agreement with the Minneapolis Police Department to provide School Resource Officers (SRO).

Other school districts across the country are also re-examining their relationships with police departments.

The Portland community is making efforts of its own to put an end to policing in Portland high schools.

The Portland Board of Education is talking about the use of Student Resource Officers in Portland high schools and its relationship with the Portland Police Department Wednesday afternoon at the board meeting.

The discussion comes in response to a petition has garnered nearly 1,000 signatures from parents, students, teachers, and community members to “demand an end to [the] agreement with the Portland Police Department and to invest in two social workers who are specifically skilled and qualified to work with our BIPOC students, particularly black students and students of new immigrant families for whom English is not their first language.” BIPOC stands for Black, Indigenous, People of Color.

"Police is not the only way to offer safety," King told NEWS CENTER Maine.

"The reality is that there is a large group of children that when they see a police officer with a gun, they feel triggered they feel trauma and it doesn't provide a safe place," Parker said.

The Portland Public Schools Board of Education originally entered into an agreement with the Portland Police Department in 2015. There are currently two full-time SROs: one for Portland and one for Deering high schools.

According to the agreement, the relationship with the Portland Police Department was put in place “in order to ensure an efficient and cohesive SRO program that will build a positive relationship between law enforcement, students, school administration, and staff. The goal of the program is to reduce crime, create a safe school environment, and provide a police resource to school administrators, teachers, and students.”

The petition says, “This is not a time to show our children that we fear them or their peers by continuing to have their halls walked and enforced by an SRO. Now is the time to show them we see the trauma they are faced with outside of school walls and we will work harder inside our schools to keep trauma out and invest in them, with them, for them and their future.”

Chairman of the board Roberto Rodriquez told NEWS CENTER Maine’s partners at the Portland Press Herald that he disagrees with the use of police officers in schools.

The petition notes their plea is budget neutral and has the potential of saving costs. The officers aren't paid for by the Police Department, they're paid for by the schools.

Advocates want the nearly $130,000 to instead be used to hire social workers and better support minority students and students of color.

Portland High School alum Abdul Ali is quoted in the petition saying "Let’s set an example to the rest of the country, and show how we can lead with putting our most vulnerable children first. Let’s invest in social workers, and change the militarization of our schools. Let’s keep our communities safe."

Jeff Upton, president of the newly-formed Maine School Resource Officers Association and an SRO in South Berwick, says he and others can be an integral part of change.

A 2019 study examined the impact of SROs in Maine and found policing alone does not reduce violence or necessarily improve school safety but could put a strain on other school resources.

On a national level, reports show adding more policing on school campuses has not significantly reduced school violence, but has led to more youth being referred to the juvenile justice system, particularly for behaviors that were previously handled through school disciplinary channels, according to the report.

READ MORE ABOUT THE REPORT HERE: New report calls into question the role of school resource officers in Maine

The American Civil Liberties Union (ACLU) of Washington State has an info packet that explains their stance on policing in schools. It's titled "Students Not Suspects: The Need to Reform School Policing in Washington State." The Portland School Board has the booklet listed as a resource for those attending the meeting to discuss the petition.

"It's more than frustration. It's an urgency and a sense of fairness and justice for all of our students," King said.

The board is set to discuss SROs and the petition in its meeting on Wednesday, which is held via Zoom starting at 4:30 p.m.

The Portland Board of Education and Portland Police Department did not immediately respond to NEWS CENTER Maine's request for comment.