Poliquin in secretly recorded audio: 'It would be stupid for me to engage the national media'

In an audio recording leaked to the Maine Beacon, a website run by the Maine People's Alliance, Poliquin says he intentionally dodges the media to avoid losing his seat. 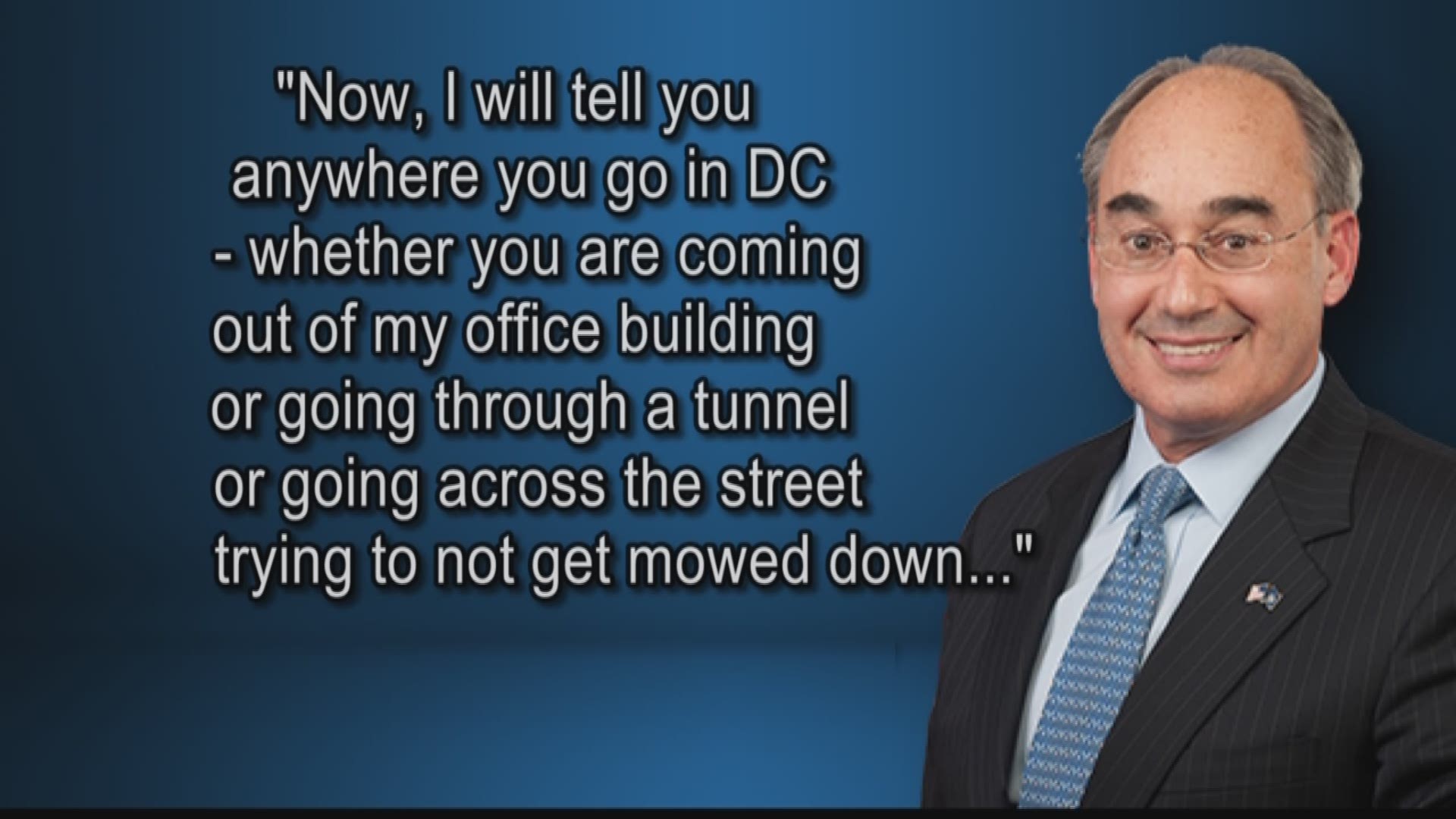 BANGOR, Maine (NEWS CENTER) - In a leaked audio recording, Rep. Bruce Poliquin revealed that he dodges the press in an effort to preserve his seat in the House.

Rep. Poliquin says he avoids speaking to the press because he's afraid he would lose his seat in the next electionhttps://t.co/eplza9m08k pic.twitter.com/cgHDCCeSrV

NEWS CENTER obtained the 2-minute, 32-second raw audio recording from the Maine People's Alliance, a liberal group that runs the website and podcast "Maine Beacon." They say they received the video from someone who attended a cocktail event with the congressman Tuesday in Bangor. That event was hosted by the Maine Heritage Policy Center, whose mission is to "formulate and promote conservative public policies."

In the audio, Rep. Poliquin can be heard saying he intentionally avoids the national media. Here is the full transcript:

"We must win these seats. Flashback to 2016 last year. How many times did a newspaper reporter, Joe, put a microphone in my nose and say, 'Yeah I know you just had a great event. New balance shoes, 900 jobs, American made jobs in Norway, Skowhegan and Norridgewalk. But by the way, Mr. Trump, your nominee, just said this. What's your reaction?' As soon as you go down that path, Mark, you are in the swamp. You are exactly where they want you to be. Do not take the bait. I drove the press crazy for nine months because I stayed on message focusing on what I was going to do to help my state and my district, and it worked. Now, I will tell you anywhere you go in DC - whether you are coming out of my office building or going through a tunnel or going across the street trying to not get mowed down.. You think the press is bad in Maine? They are - it's unbelievable. And they are dying to get you on record to say whatever. And that becomes the next. So I used to think that folks in Congress like me because I'm a big hearted Frenchman like Norman. I'm a happy guy. And I'm always walking around knowing exactly where we're going. The reason is because they need our seat. There are two dozen – that's it – two dozen swing districts in the country. 435 members of Congress. Two dozen. 20, 25. They can go either way. We win them, we are in the majority, we can advance agenda. We lose them? Pelosi, Maxine Waters, Elizabeth Warren, and Bernie Sanders run the show. That's just the reality of the numbers, okay? So we've got to be incredibly careful. Now do I talk to the national media? Not often. I've been dying to do what you want me to do. Dying to do it. We've got to be very... It would be stupid for me to engage the national media to give them and everybody else the ammunition they need and we lose this seat. You have to be really careful. But I get it."

NEWS CENTER reached out to the congressman's office, and received a call from his political strategist Brent Littlefield. In the conversation, Littlefield said that he won't respond to attacks from the Maine People's Alliance, which he called "a dark money special interest group" that "refuses to disclose its source of funding." He also said that "actions speak louder than words," and pointed out that the congressman has had many interviews with the Maine media, including a press conference just this week.