'Pieces of recovery': an art project to stop the stigma of drug use

'Pieces of Recovery: The Puzzle Project' is sponsored by Dignity Maine. They are a group dedicated to uplifting and supporting active opiate users. 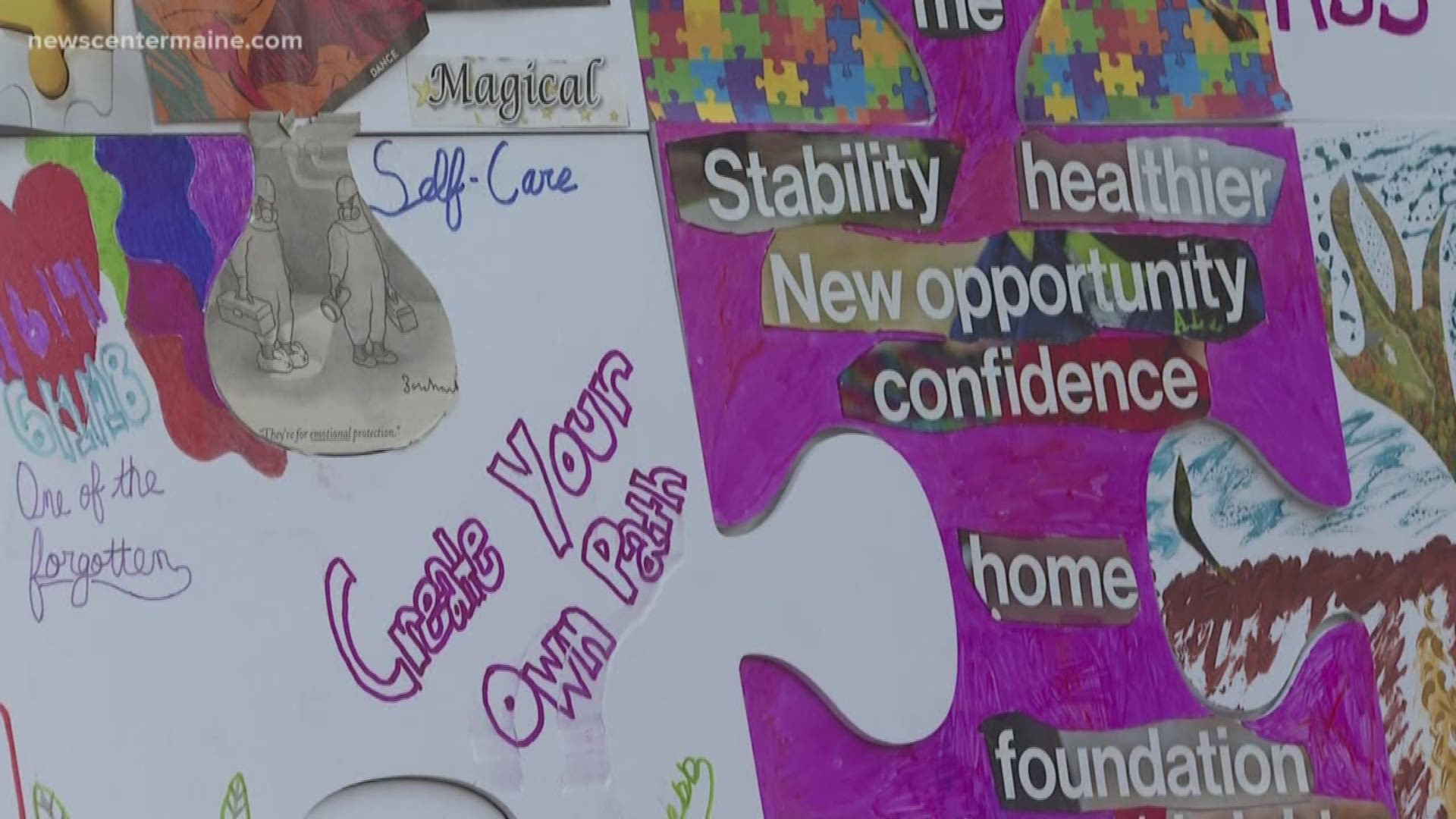 The project was inspired by the 354 overdose deaths in Maine last year.

The artwork is comprised of 354 unique puzzle pieces adorned with writing, pictures, and drawings. Each one, done by 354 people who were asked about their own experience with opiate use.

"We traveled the whole state of Maine, all 16 counties, two-thousand miles around the course of nine months, asking people simply, 'What does recovery look like for you?' And there are 354 individual stories here," said Dignity Maine coordinator Glenn Simpson about the project.

Simpson hopes the project accomplishes a number of things. First, that it underscores the gravity and intensity of the struggles that many people who use drugs face on a daily basis. Second, that it creates a sense of empathy and understanding instead of stigma and dismissal.

This wasn't the only event happening in Monument Square Friday evening.

Activists also gathered on the other side of the square to ask Mainers to "say no" to racism.

Harlan Baker was inspired to bring the "say no to racism" campaign to Portland. He did so in 2016, after seeing a similar campaign created by the Union of European Football Associations.

Baker demonstrates with this message on the first Friday of every month. But he says this month is particularly important, given the arrival of hundreds of asylum-seeking families from the Democratic Republic of Congo and Angola to Portland.