According to the Penobscot Maritime Heritage Association, the Four-Port Loop Tour has been canceled 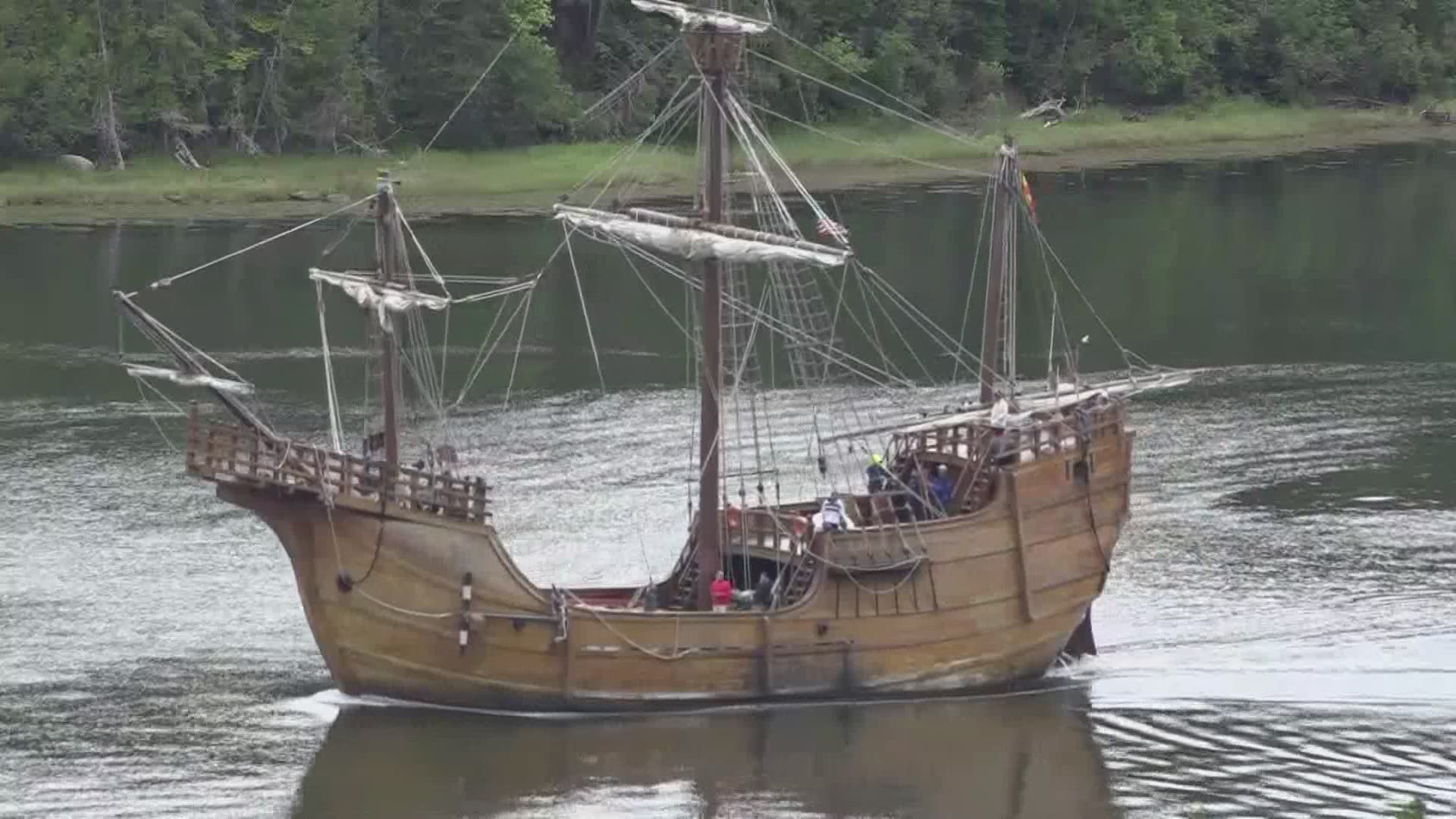 BUCKSPORT, Maine — The Four-Port Loop Tour has been canceled according to the Penobscot Maritime Heritage Association.

The organization planned to host the event that was intended to celebrate Maine's bicentennial.

In a statement Friday, the Penobscot Nation let its disapproval be known about a replica of Christopher Columbus' Santa Maria ship being used as part of the Penobscot Maritime Heritage Association’s celebration of Maine's 200th birthday.

The Nao Santa Maria sailed into Bucksport on Thursday to kick off the Penobscot Maritime Heritage Association's Four-Part Loop event, which is scheduled to run from July 8-18.

"The Penobscot Nation is disappointed and disheartened that any group would use a replica of a ship used by Christopher Columbus to celebrate the heritage and statehood of Maine," the Penobscot Nation's statement said, in part. "While offensive in numerous ways as well as historically inaccurate it is also deeply harmful to the Wabanaki Nations as well as the descendants of all Indigenous Nations who live in the lands and waters that our ancestors have been stewards of since time immemorial. Maine has existed for 200 years. Our people have been here for at least 12,000 years."

The Penobscot Nation's full statement is included at the bottom of this story.

In 2019, state lawmakers made the decision to rename the holiday that honored Columbus because of atrocities he and other European explorers committed. Gov. Janet Mills signed the bill into law in April of 2019.

"We are now getting to the point where we can really look at some underlying issues that have caused problems in the relationship," Maulian Dana, tribal ambassador for the Penobscot Nation said at the time.

In a statement Friday, the Maine Bicentennial Commission, also referred to as Maine200, said it does not fund or organize the Four-Part Loop event, adding it endorsed the event in 2019, "well before commissioners had any details on the ships that would be participating."

“While the ship’s visit is not hosted by Maine200 and the bicentennial commission is not involved in the planning for this event, we regret that this ship was chosen for an event that is associated with Maine’s bicentennial, as the mistreatment of Native Americans is a devastating part of Maine’s history,” Maine200 Chairman and State Senator Bill Diamond said in Friday's statement. “We are encouraging the event organizers to cancel the participation of the ship as part of their bicentennial celebration.”

Full statement by the Penobscot Nation:

The Penobscot Nation is disappointed and disheartened that any group would use a replica of a ship used by Christopher Columbus to celebrate the heritage and statehood of Maine. While offensive in numerous ways as well as historically inaccurate it is also deeply harmful to the Wabanaki Nations as well as the descendants of all Indigenous Nations who live in the lands and waters that our ancestors have been stewards of since time immemorial. Maine has existed for 200 years. Our people have been here for at least 12,000 years.

In 2019 the State of Maine legislature passed a bill that was signed into law by Governor Mills that changed Columbus Day to Indigenous Peoples Day as a state holiday. The reasons for this law all have to do with equity, inclusion, truth, and respect. Columbus did not discover this country, there were already people here in vast and complex societies and civilizations and some of the oldest continuous governments in the continent. Columbus did not ever step foot in North America. The Indigenous people of the Caribbean were enslaved, tortured, slaughtered, and suffered heinous inhumane acts at the hands of Columbus and his crew. This genocidal strategy and idea that tribes in these lands were less than human and needed to be used, sold, or killed off so that the theft of land and resources would be easier is something that permeated both North and South America for the generations that followed Columbus’ voyages.

The Tribal Nations in the land now called Maine were nearly destroyed by acts of genocide. There were once upwards of 20 tribes and now 4 remain. Through disease, warfare, scalp bounties, illegal land takings, and later the residential schools our people have suffered but we have survived. America and Canada are finding unmarked graves with the bodies of Indigenous children murdered at the government and church run boarding schools that were set up to be tools of assimilation and quickly turned into torture chambers and sometimes death sentences for children as young as toddlers. When we think of Columbus we think of all of these incidences of atrocities against our people. Genocidal policies and behaviors are not just ancient history.

The Penobscot River is part of the ancestral homeland of the Penobscot Nation. We consider the river to be a citizen of our nation, a relative, a connection that sustains and nourishes us. Our people have been living as one with the river for countless generations and when the water became polluted from paper mills and industry we began working tirelessly to protect the river and all that depend on the river for life and sustenance. To have a ship that symbolizes the genocide of Indigenous people desecrating our homeland is unacceptable and a violation.

We would request that the Penobscot Marine Heritage Association and any towns and cities that plan on hosting this offensive display please reconsider and respect the wish of the Penobscot Nation. While our people have endured heaps of trauma we have also remained strong and committed in our role as protectors of our territory, our people, and our sovereignty. We also request that Bangor Savings Bank withdraw all support from this event, as well as any sponsor, and the Maine 200 Bicentennial Committee. Celebrating the statehood of Maine cannot be done without telling the truth about the history and honoring the Indigenous People. The sailing of this ship is not an honor especially in our homeland on a river that is our relative and bears our name. 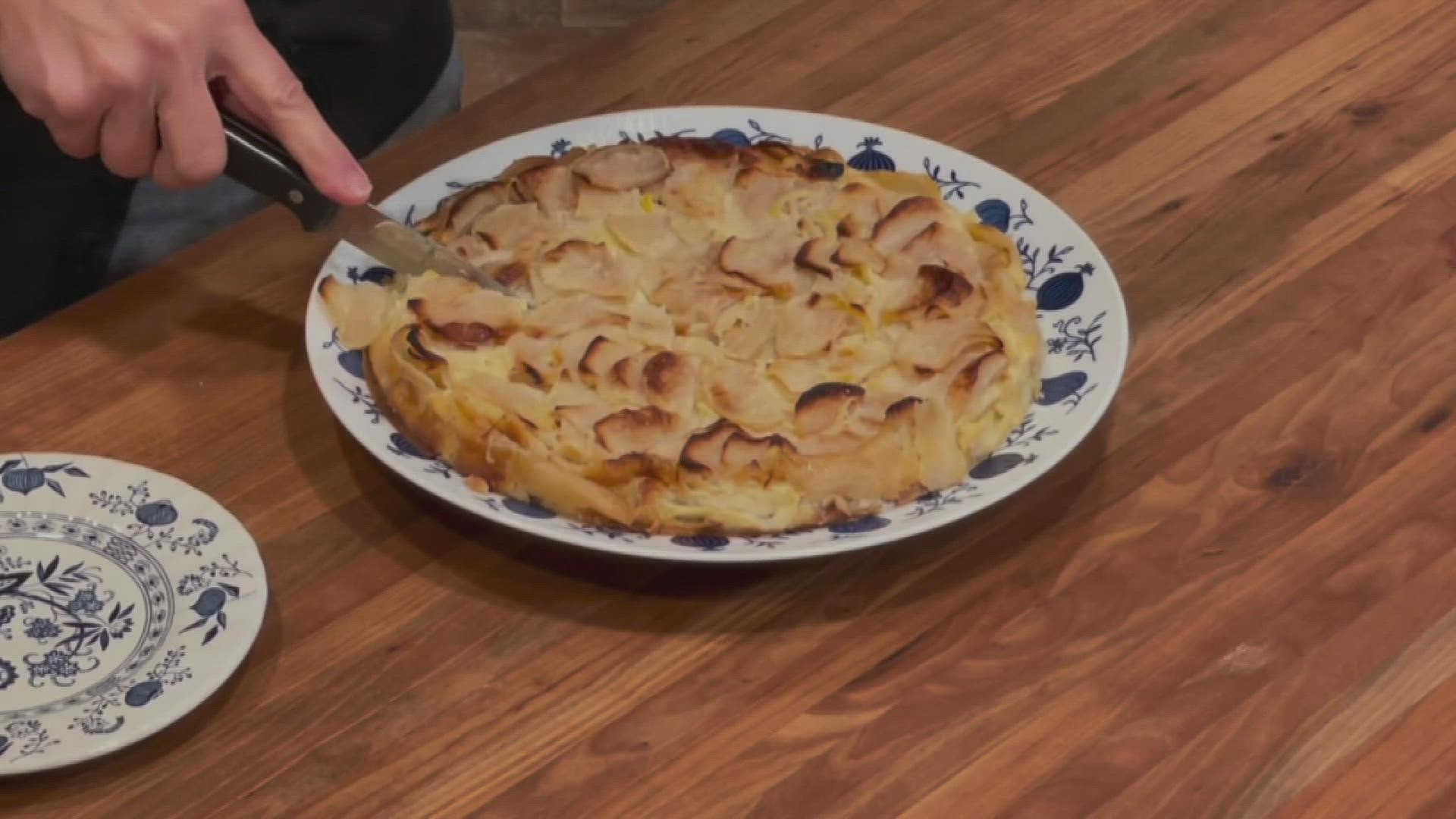