Thursday, the National Weather Service ranked the tornado as an EF1. Wind speeds were estimated to be around 95 mph. 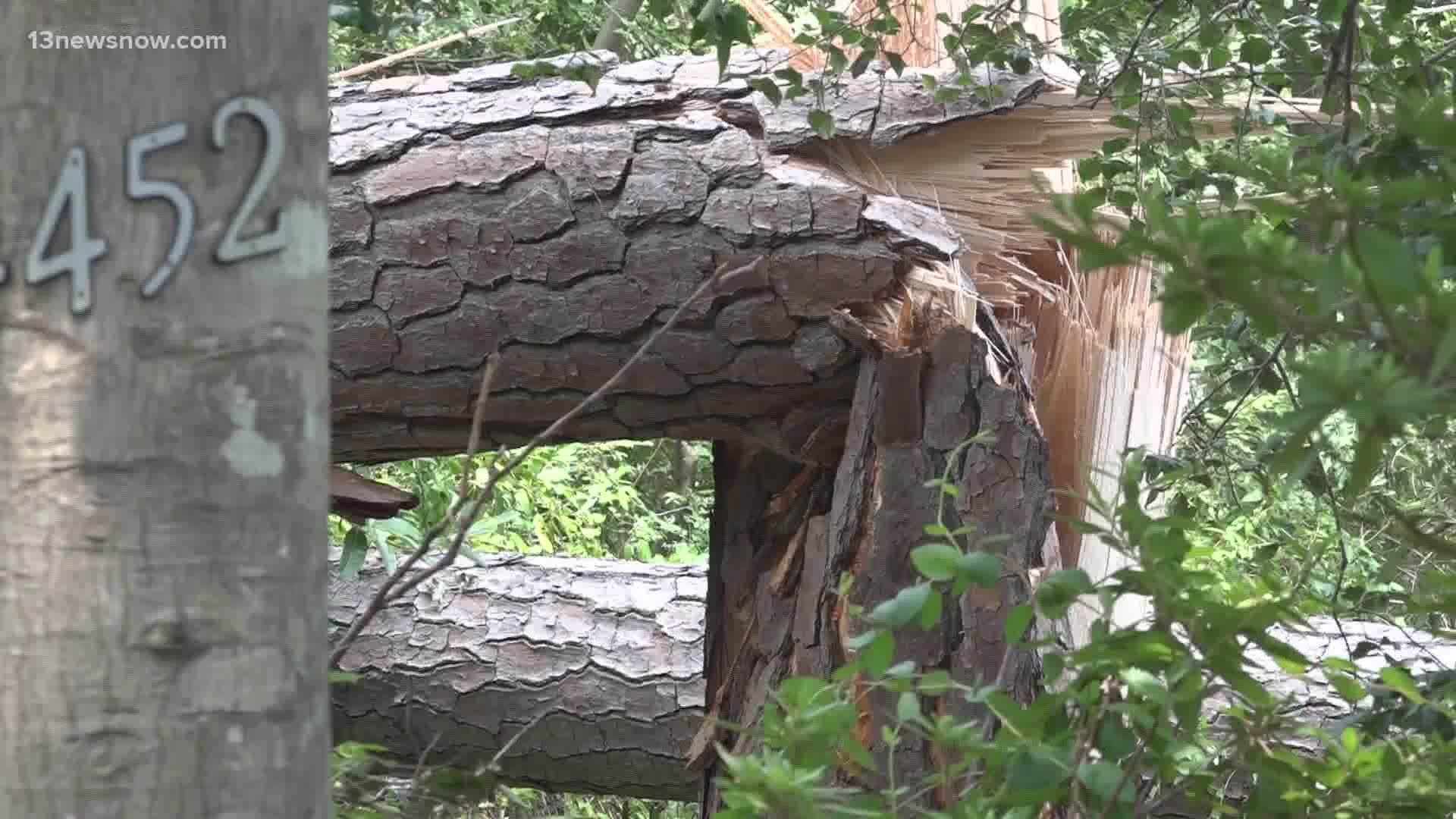 GLOUCESTER COUNTY, Va. — The sound of chainsaws echoes through parts of Gloucester County. On Wednesday, families were still picking up the pieces after Tropical Storm Isaias ripped through.

According to a Gloucester County spokesman, the National Weather Service confirmed a tornado touch down in the area of Taliaferro Lane.

Dave King and his wife have lived on Taliaferro Lane for 15 years. They were in bed Tuesday morning when the storm came through.

“I heard, as I recall, a thump and went back to sleep,” King said.

When they woke up, they looked outside and saw what they could only describe as devastation.

“I was astounded, it looked like some sort of a weapon had been used to flatten the trees,” King said. “You hear about it all the time, but you don't expect it to hit you.”

One tree crushed King's truck and his garage. Surprisingly, none fell on his home.

“I’ve seen damage before but when it comes to your front door it's pronounced,” King said.

By Thursday, the National Weather Service had ranked the tornado as an EF1.

Sean Robertson was up when a tree came crashing into his parent's home in Gloucester. Two other trees just narrowly missed the house.

“I was afraid, and scared,” Robertson said. “We're alive, and it could've been a lot worse.”

King and his wife are thankful they're alive.

“We had virtually no warning and it could've killed a lot of people,” King said. “Fortunately, it just did property damage. That can be replaced.”

Residents, business owners and those with interests in agricultural properties are encouraged to report damages to Emergency Management by calling Gloucester’s Hurricane Information Helpline at 804-693-3000.

Residents are asked to NOT call 911 or the Sheriff’s Office unless it is an emergency.