Patriots head coach Bill Belichick says he will not accept the Presidential Medal of Freedom from Trump, ESPN reports

NFL Insider Adam Schefter tweeted a statement from Belichick in which the coach said he was "flattered," to be nominated. 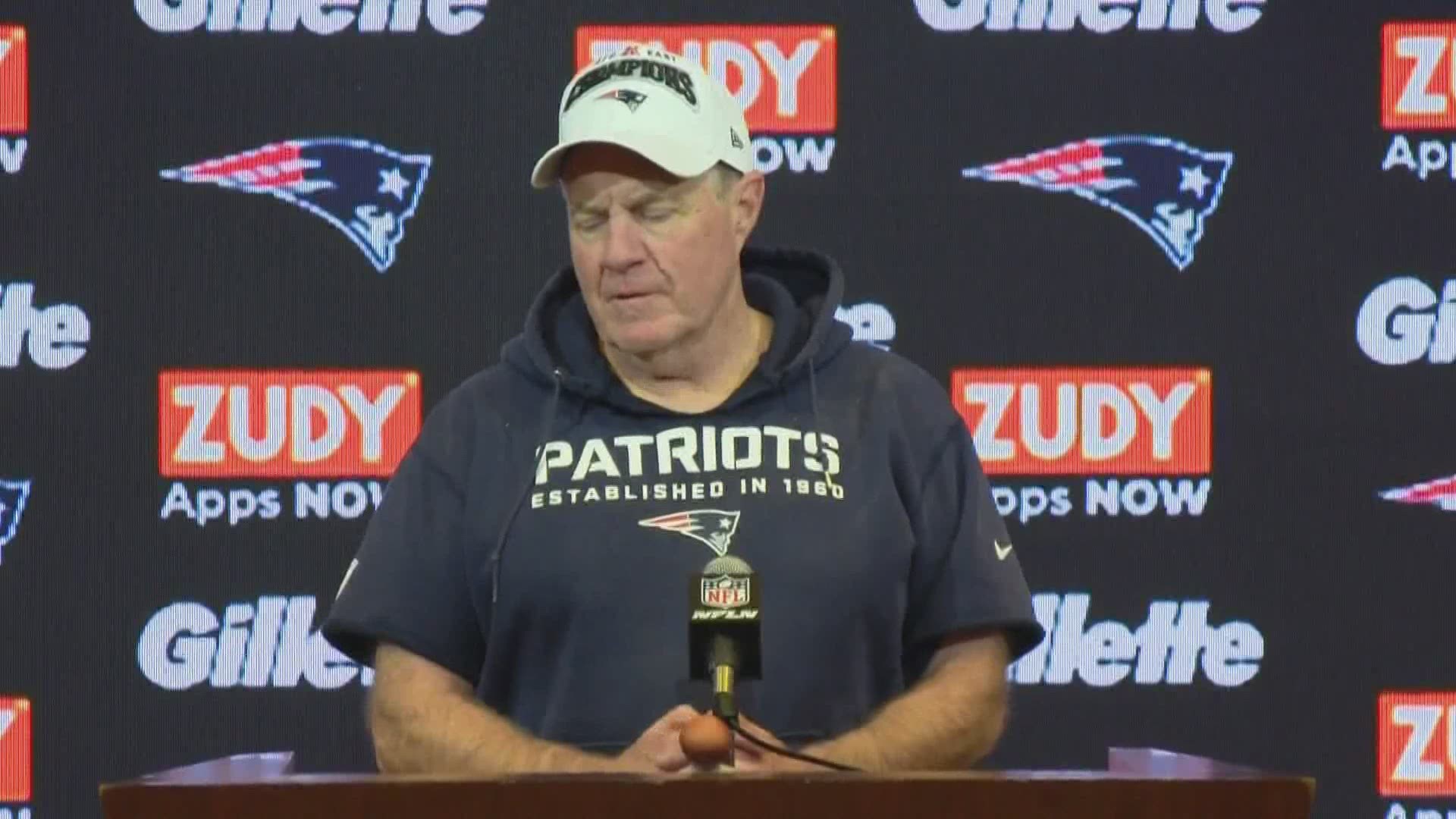 PORTLAND, Maine — New England Patriots head coach Bill Belichick announced Monday night that he would not accept the Presidential Medal of Freedom after being nominated by President Trump.

In a statement reported by ESPN's Adam Schefter, Belichick wrote:

"Recently I was offered the opportunity to receive the Presidential Medal of Freedom, which I was flattered by out of respect for what the honor represents and admiration for prior recipients.

Subsequently, the tragic events of last week occurred and the decision has been made not to move forward with the award.

Above all, I am an American citizen with great reverence for our nation's values, freedom, and democracy. I know I also represent my family and the New England Patriots team.

One of the most rewarding things in my professional career took place in 2020 when, through great leadership within our team, conversations about social justice, equality, and human rights moved to the forefront and became actions.

Continuing those efforts while remaining true to the people, team, and country I love outweigh the benefits of any individual award."

Patriots’ HC Bill Belichick will not be traveling to Washington nor accepting the Presidential Medal of Freedom, he announced today. pic.twitter.com/uvLLigFlHU

Rumors arose that Belichick was nominated for the award, but no record of the nomination exists on the "News" section of the White House website.

Monday, the White House announced the President would award the Medal to Ohio Congressman Jim Jordan.

Belichick has won 311 games with the Patriots, including six Super Bowls.

Several members of Massachusetts' Congressional delegation, including Jim McGovern, Ed Markey, and Maura Healey called for Belichick to decline the award, created by John F. Kennedy in 1963 and considered the highest award given to a civilian.