At the recommendation of law enforcement, Oxford Hills Middle School and Oxford Hills High School are moving to fully remote learning for Tues. and Wed. 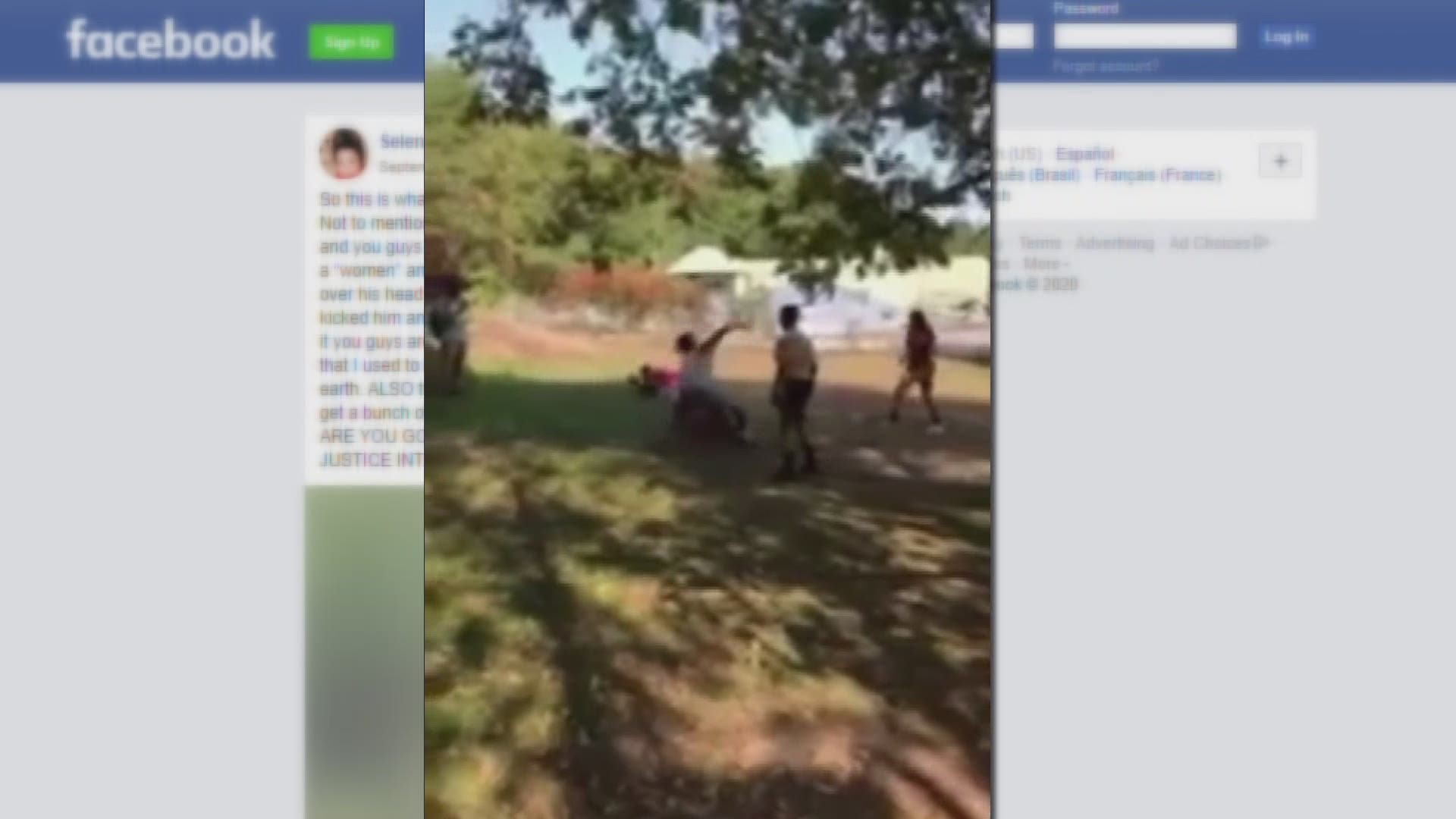 PARIS, Maine — Two arrests have been made in connection with a weekend fight involving Oxford Hills students. Police said Tuesday that more arrests are expected.

A video posted to Facebook on Saturday allegedly shows students beating up other students. In the video, at least two students continue to violently punch and kick a student on the ground. Police said everyone involved is a minor.

MSAD 17 Superintendent Rick Colpitts said a parent informed him of the fight on Monday morning. He said it happened on the "Viking Trail" that runs parallel to Main Street in Paris behind several businesses and Oxford Hills High School. He added that the property is not owned or maintained by the district and the fight occurred outside of the school day.

"Personally, I am appalled by the intentionality and violence perpetrated by these few students. Their actions are not reflective of the student body I know. Our student body as a whole and the community we serve condemn their behavior," Colpitts said. "Although the assault occurred outside of the school it has impacted our students' feeling of safety. We are investigating and assessing its impact on the remaining student body and will respond appropriately."

At the recommendation of law enforcement, both Oxford Hills Middle School and Oxford Hills High School are moving to fully remote learning for Tuesday and Wednesday.

School officials are continuing to working with police to investigate the incident and determine the impact on students.