THANK YOU to all who donated to our 36th annual Coats and Toys for Kids campaign. 17,200 coats and 6,710 toys were collected during the 2018 campaign. 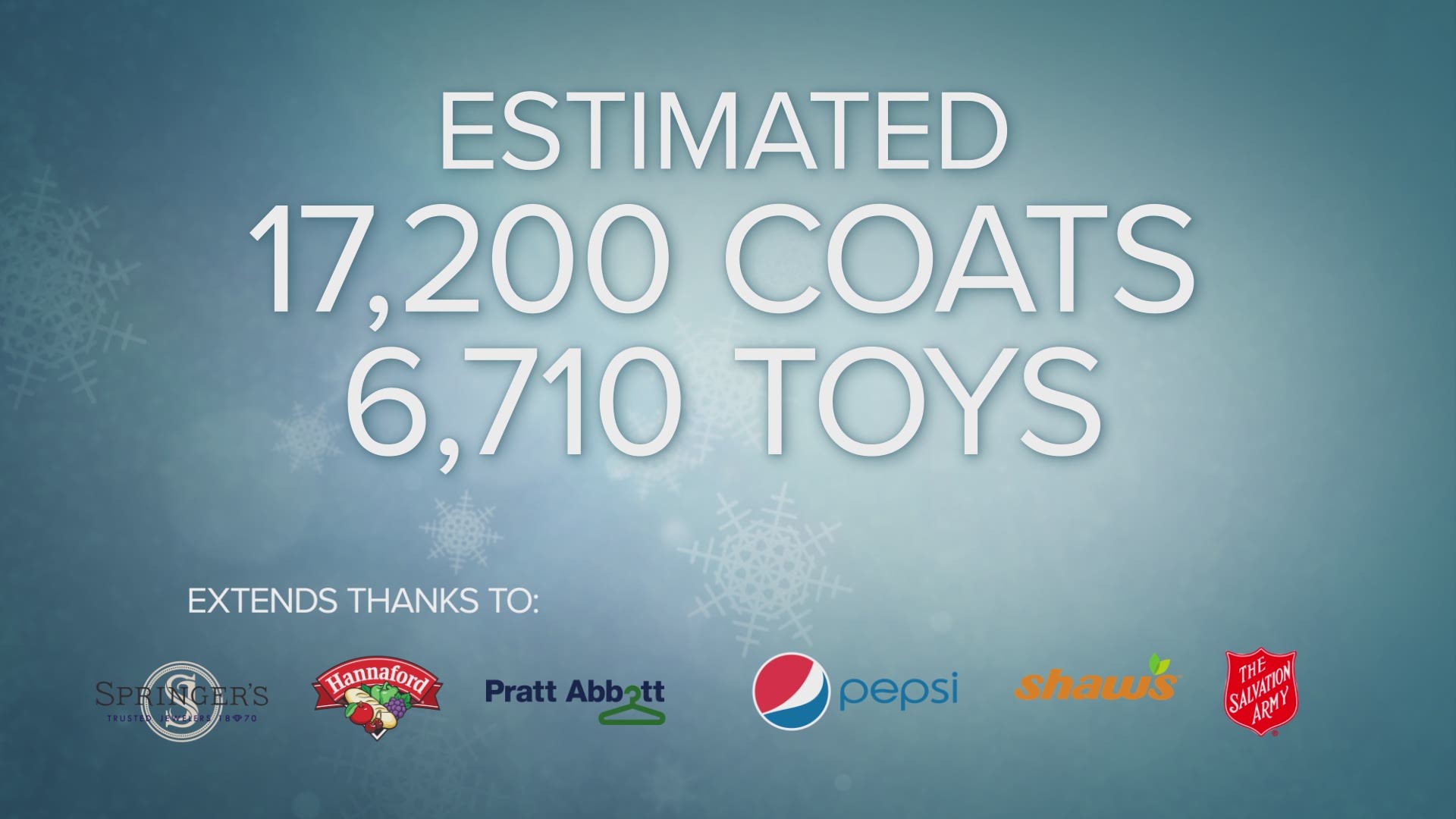 PORTLAND, Maine — THANK YOU to all who donated to our 36th annual Coats and Toys for Kids campaign.

From everyone at NEWS CENTER Maine thank you !

Time to help NEWS CENTER Maine collect coats and toys during its 36th annual Coats and Toys for Kids campaign.

In 1983, the Salvation Army created the campaign in an effort to collect coats for Maine families who couldn't afford a warm winter coat.

1 / 7
Triplet Sisters out of Portland donated 175 hand knit hats to Coats for Kids.

NEWS CENTER Maine and the Salvation Army joined together in 1990, establishing a partnership for the Coats for Kids campaign.

Coats will be accepted Thursday, November 22 through Monday, December 31. That's 40 days to get us your donations!

Toys will be accepted from Thursday, November 22 through Saturday, December 15 — just three weeks, leaving time to distribute to those in need for the holiday season.

Coats & Toys for Kids Day is December 1. We will be live from 8 locations throughout the state collecting coats and toys.