Veterans Ed Harmon and Arthur Richardson started the group Veterans Emergency Temporary Shelter, or VETS—and they have been busy. 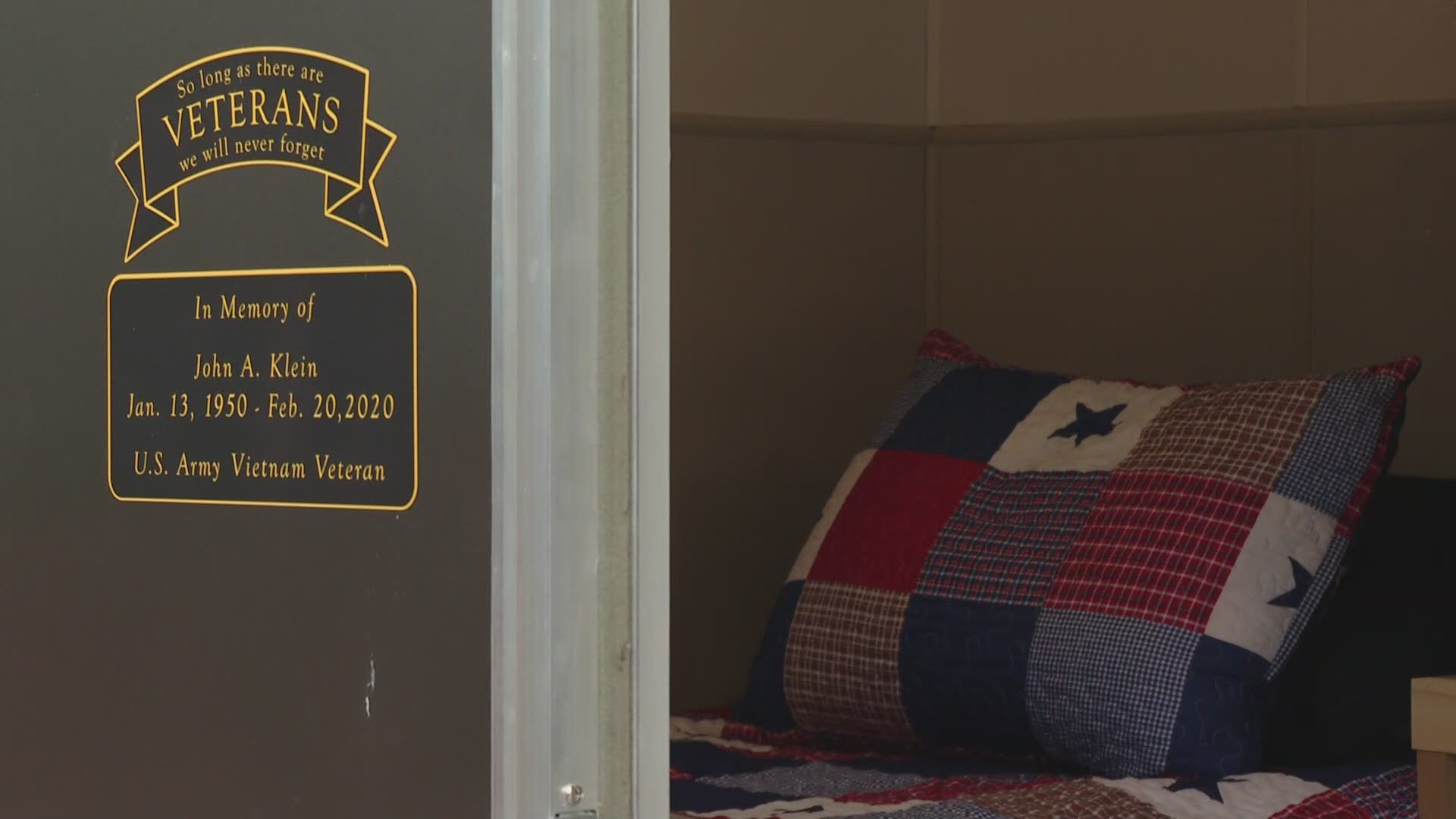 BOOTHBAY, Maine — As cold weather inches closer, there is new concern about helping and protecting Maine’s homeless veterans. At the same time, the state agency responsible for helping military veterans says the number of homeless vets is on the rise.

That fact is adding momentum to a project started a year ago in Boothbay by two local veterans to help the homeless find warm and safe places to stay.

Ed Harmon and Arthur Richardson started the group Veterans Emergency Temporary Shelter, or VETS—and they have been busy. With the help of a few fellow American Legion members and several local businesses, they have now transformed four cargo trailers into VETS mobile shelters.

“They’re all ready to go and we’re ready to order 4 more,” Harmon said.

Ed came up with the idea to convert cargo trailers as a simple and affordable way to give short term housing for homeless veterans. The units are insulated and finished inside, with a built-in bed, desk, heat, lights, microwave, and refrigeration. Basically, they are self-contained living space, minus a bathroom, designed to be set up next to a veteran center or even a home, where they can be plugged in and the user can access bathroom and shower facilities.

Richardson is an Air Force Veteran of the late 1950s, while Harmon was in the Navy, serving on riverboats in Vietnam. Harmon says the scars of that war are still with him.

“I sleep two and a half hours each night at most. I see the face of every man I killed. That was my job," Harmon said.

But he says those memories of his time in the service also have helped drive the VETS project, as a way to now help other veterans.

Richardson agreed that they needed to do something to help.

“I wouldn’t want to be out there freezing under a bridge or have to sleep in my car or all that. They need help,” he said.

And more are apparently in that situation this year.

Maine’s Bureau of Veterans Services says they estimate between 100 and 140 homeless veterans in Maine on any given day, all needing some kind of help, whether they will seek it or not.

“Our numbers from pre-COVID to where we are now have gone up 40 percent,” Jarad Greeley, an Army veteran who now serves as Homeless Veteran Coordinator for the state, says. He says there is great concern that another result of the pandemic will make the problems worse.

Harmon and Richardson and their supporters say the VETS units won’t solve the problem but will provide an extra tool to give immediate shelter to veterans in urgent need, while longer-term housing is located.

John Hargreaves, who handles finances for the project, says they now have about 60 percent of the funding needed to purchase four more trailers and start work on more mobile shelters. They hope to get a financial boost from the IRS, which just approved the VETS program for 501(C)3 nonprofit status, allowing tax-deductible donations from businesses and individuals.