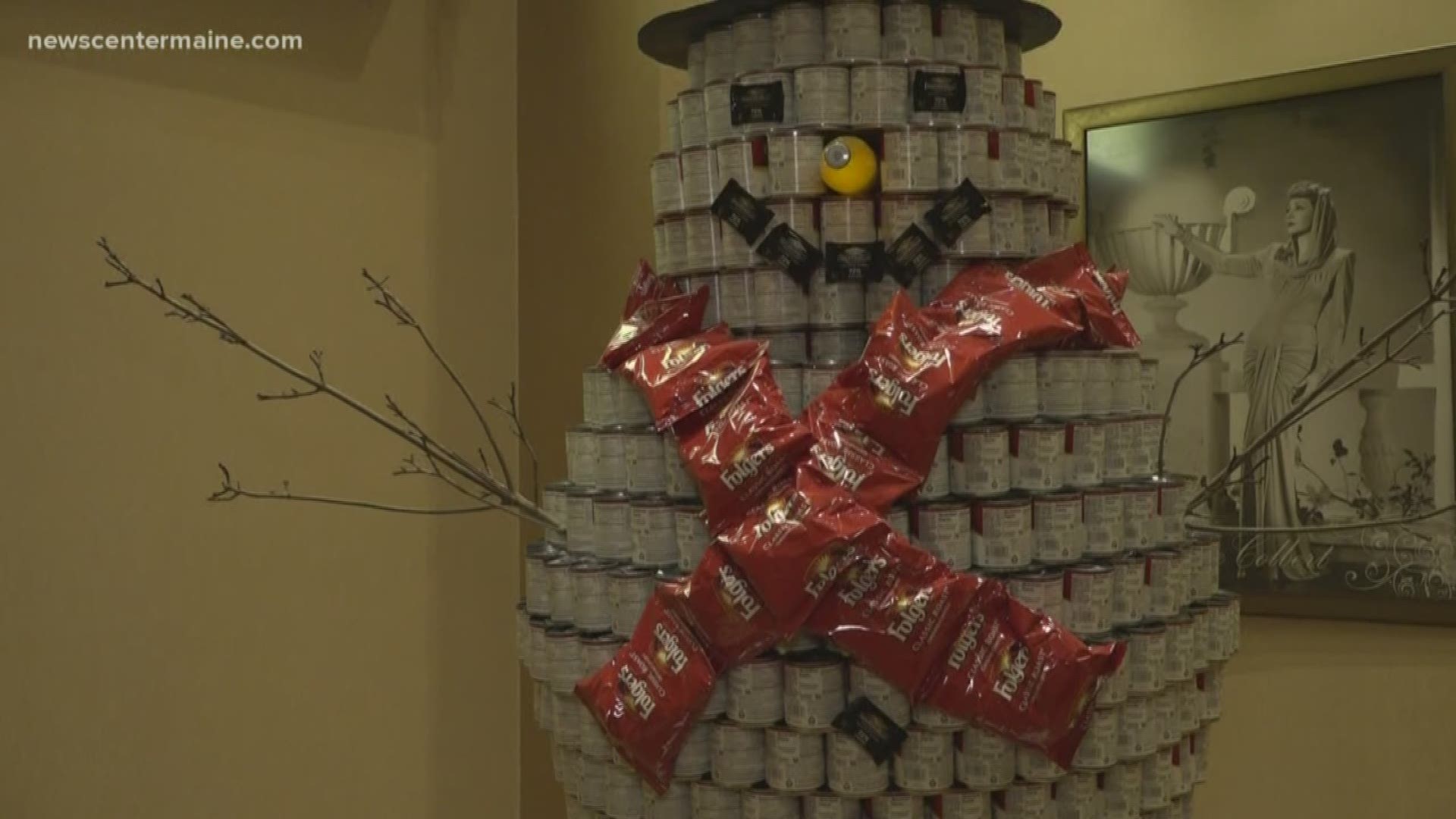 BANGOR, Maine — The friendly Frosty the Snowman that's smiled from a corner at Bangor's Hollywood Casino since November is no longer there -- but his goodbye was all for a good cause.

Instead of snow, this particular snowman was built out of cans of soup -- so, instead of melting, he was disassembled Wednesday morning by a group of workers at the casino. That's because all of the pieces that held him together are being donated to Good Shepherd Food Bank, totaling 1,400 lbs., made up of 1,800 small and 120 large cans of Campbell's soup.

"There are people that are literally going to be making meals from the sculpture. It makes me feel really happy," artist Allison Strange told NEWS CENTER Maine via Skype. She has been designing the sculptures for Hollywood Casino for just about a decade. Though she lives out of state now, she says she still loves when the casino asks her to do it.

"It might inspire someone locally to make a donation to a local food bank in order to help assist the hungry in the area," Strange expressed.

That's a mission that Hollywood Casino general manager Austin Muchemore says is important to him.

Muchmore was one of a team of five members helping to un-stack the many cans of goods and line them up in boxes, which will be given to Good Shepherd some time next week. Representatives at the food bank say they're grateful that Hollywood Casino has been doing this project for such a long time -- especially at a critical point of the year.

"It's incredibly helpful for wonderful partners like Hollywood Casino to host events during this time of year -- this season, when sort of the holiday spirit has waned a little bit, and yet, when the need is critically high," said Melissa Huston on Good Shepherd's behalf.

The food will go to places like the Hampden Neighborhood Food Cupboard. Agencies like this one are able to order their food from Good Shepherd, helping to feed Mainers like Eddie Cote, a former volunteer firefighter.

"I've been coming to this food cupboard for probably about four years," Cote told NEWS CENTER Maine Wednesday evening. "Sometimes you have hard times, and you come here -- and they help you out."

Cote added that one of his favorite parts about coming to the food cupboard is meeting new people and realizing he is not alone.

That connection makes the challenging mission worth it to everyone involved.

"It truly takes a village," Huston nodded. "We are very proud to lead that effort for the state of Maine."