Holly Mclain was pregnant with her fourth child and homeless. She said if it weren't for her local food pantry, they "never would have made it.” 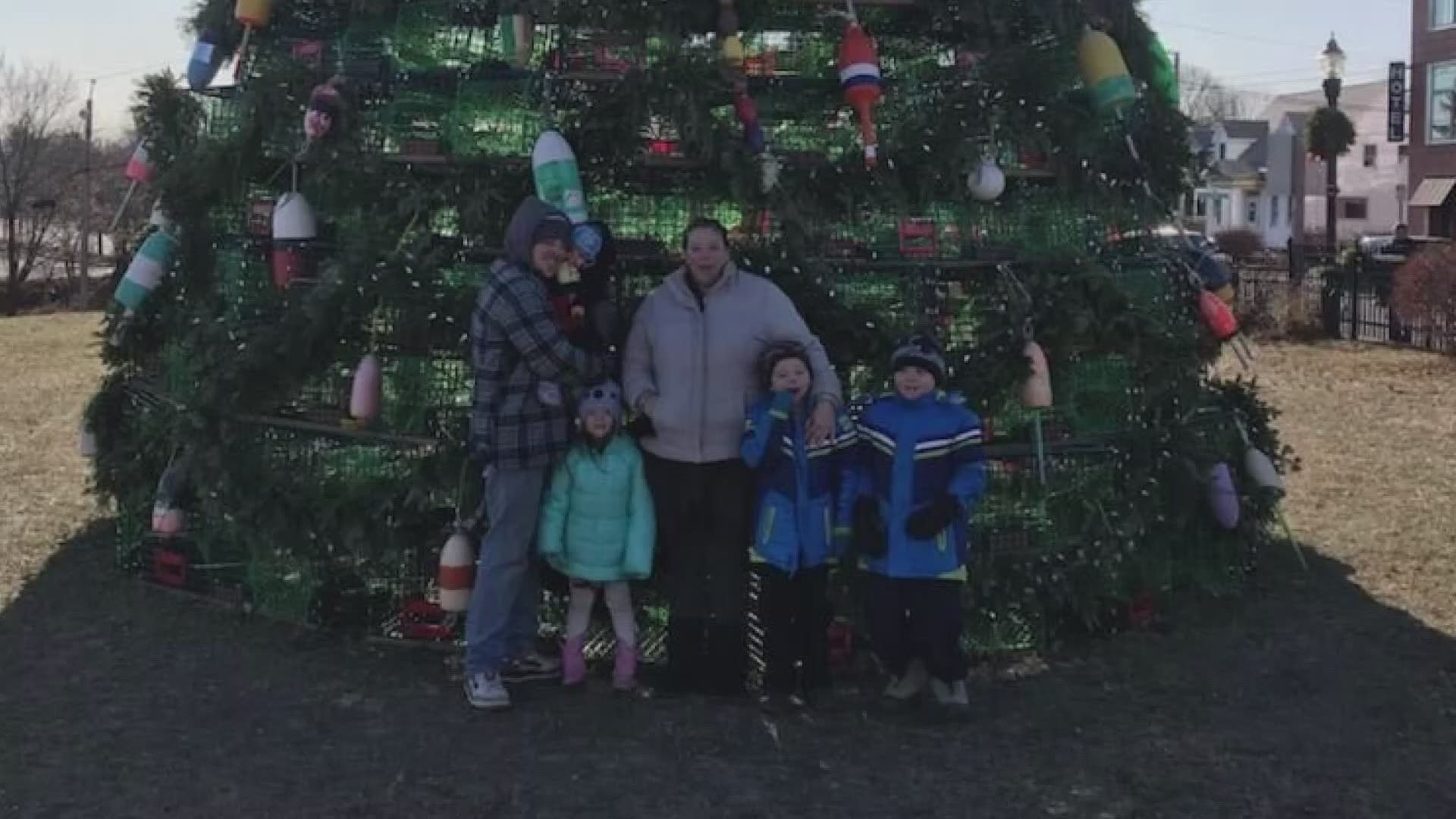 ROCKLAND, Maine — The Good Shepherd Food Bank and its partner pantries help so many families who are struggling to make ends meet.

One mom of four in Rockland said her local food pantry was a lifeline and it was able to help her overcome incredible adversity. Now she's sharing her story to advocate for food insecurity in Maine.

Holly Mclain and her husband have four young children.

"I'm definitely glad that they have each other," she said.

Together, they have made it through some very challenging times.

They were living in an RV just to keep a roof over their heads, even though Holly had her dream job working at a daycare. She was also going to school.

"And I was pregnant with our fourth child."

They were doing their best, working, and raising a family, but it wasn't enough to make ends meet.

"A never-ending situation that we couldn't seem to get out of," she explained.

"My son came out small when he was born and then because of my lack of nutrition, the breast milk that I was producing just wasn't enough."

But she and her family got the help they needed.

"I know there's a lot of judgment about going to the food pantries," she said.

Holly said if it weren't for their local food pantry, "We never would have made it."

Now two years later her family is healthy and they have saved enough money to buy a trailer to call home.

Holly is sharing her story to help others and raise awareness about food insecurity.

"I just want people to know that you have to have heart, especially around these times with the pandemic and everything because you know everybody is struggling, it's not just the poor anymore it's everybody."

Holly and her family will celebrate their first year together in their new home in July.

To donate to our Feed Maine campaign click here.

RELATED: When she's not playing the harp, she's fighting hunger