Many Mainers who depend on food pantries also rely on the Supplemental Nutrition Assistance Program. 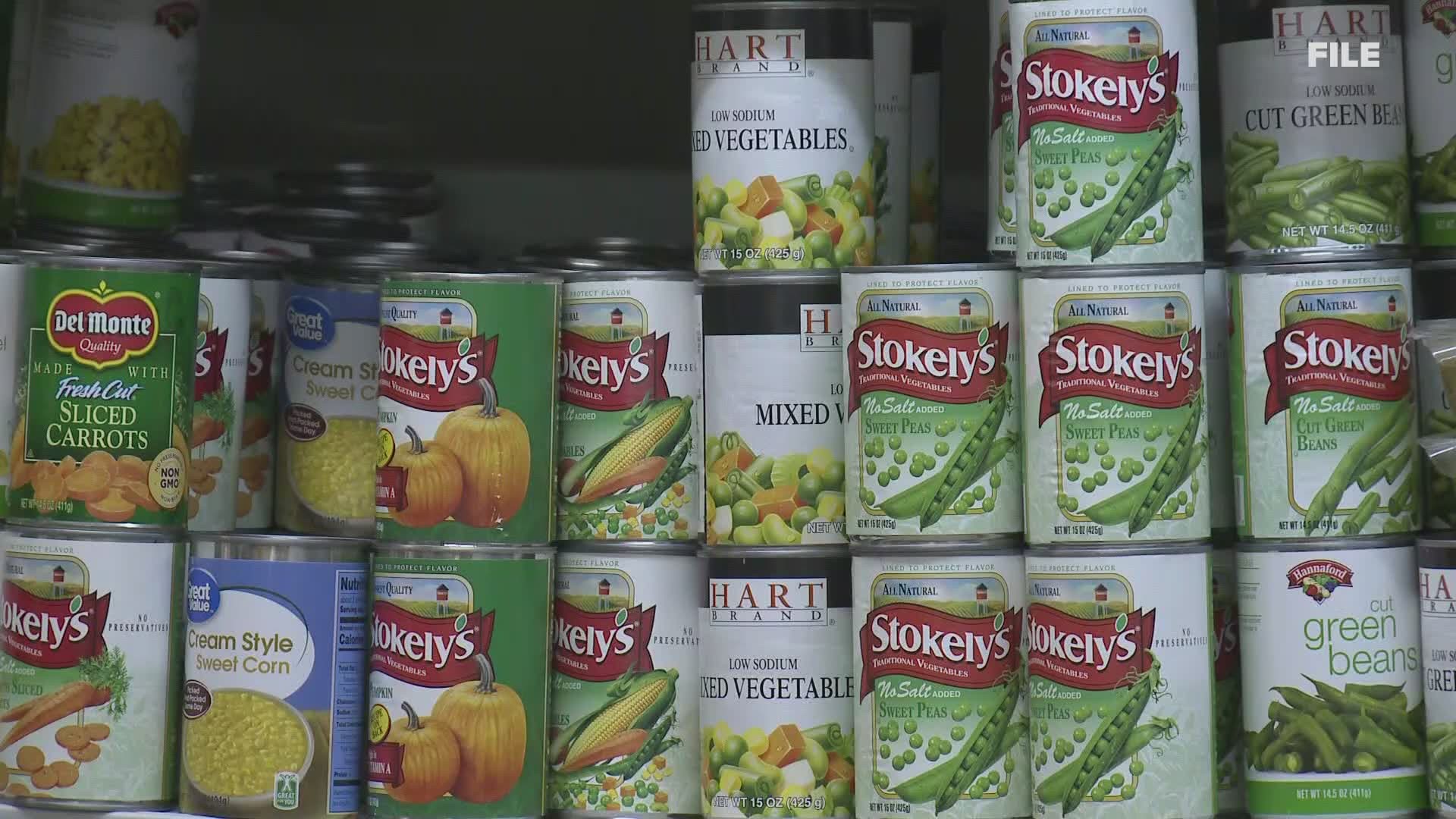 AUBURN, Maine — More Mainers need food assistance than ever before.

According to the Good Shepherd Food Bank, 44% of the hundreds of pantries they partner with have seen between one and five new households show up at each food distribution.

Now, leaders in the fight against hunger in Maine are calling on the federal government to strengthen SNAP benefits in the next round of coronavirus relief aid.

"Hunger in Maine during the pandemic has increased by 40%," said Amy Regan Gallant who is the Vice President of Public Policy and Research for Good Shepherd Food Bank.

For the nearly 200,000 Mainers they serve, she said the coronavirus pandemic has been a crushing blow.

And the number of Mainers in need of food assistance is expected to soar.

According to Feeding America, the largest hunger-relief organization in the United States, the rate of childhood food insecurity is projected to increase in Aroostook County by 37%, 50% in Hancock County, and in Cumberland County an alarming 59%.

"So for example in York, they continued to serve meals as soon as schools shut down and they expected maybe 10 kids to come by and pick up a meal," said Anna Korsen, the Director of Advocacy and Partnerships with Full Plates Full Potential, which helps keep Maine kids from going hungry.

"The first day it was closer to 100 kids and that just increased as the pandemic went on," she said.

"We're serving more meals than ever before," Cook said.

Many Mainers who depend on these programs also rely on the Supplemental Nutrition Assistance Program.

This is why hunger relief leaders from the Good Shepherd Food Bank and its partnering organizations sent a letter to the Senate asking lawmakers to strengthen SNAP benefits by increasing the maximum benefit by 15% and increasing the minimum benefit from $16 to $30.

"We need to stop thinking of food insecurity as an emergency," said Amy Regan Gallant.

A plea to help Mainers get by and elevate the conversation that hunger in Maine is not just a temporary emergency but an ongoing crisis.

The letter also asks the Senate to extend Pandemic-EBT authority passed in earlier legislation which helps to replace lost school meals through the summer and into the next school year.

You can contribute anytime to our year-long Feed Maine campaign to help end hunger in our state. You'll find more information, here.