Clifton, Holden, Eddington Food Support is a food pantry that is providing more than just the basics to fight the problem, also providing meats and dairy items. 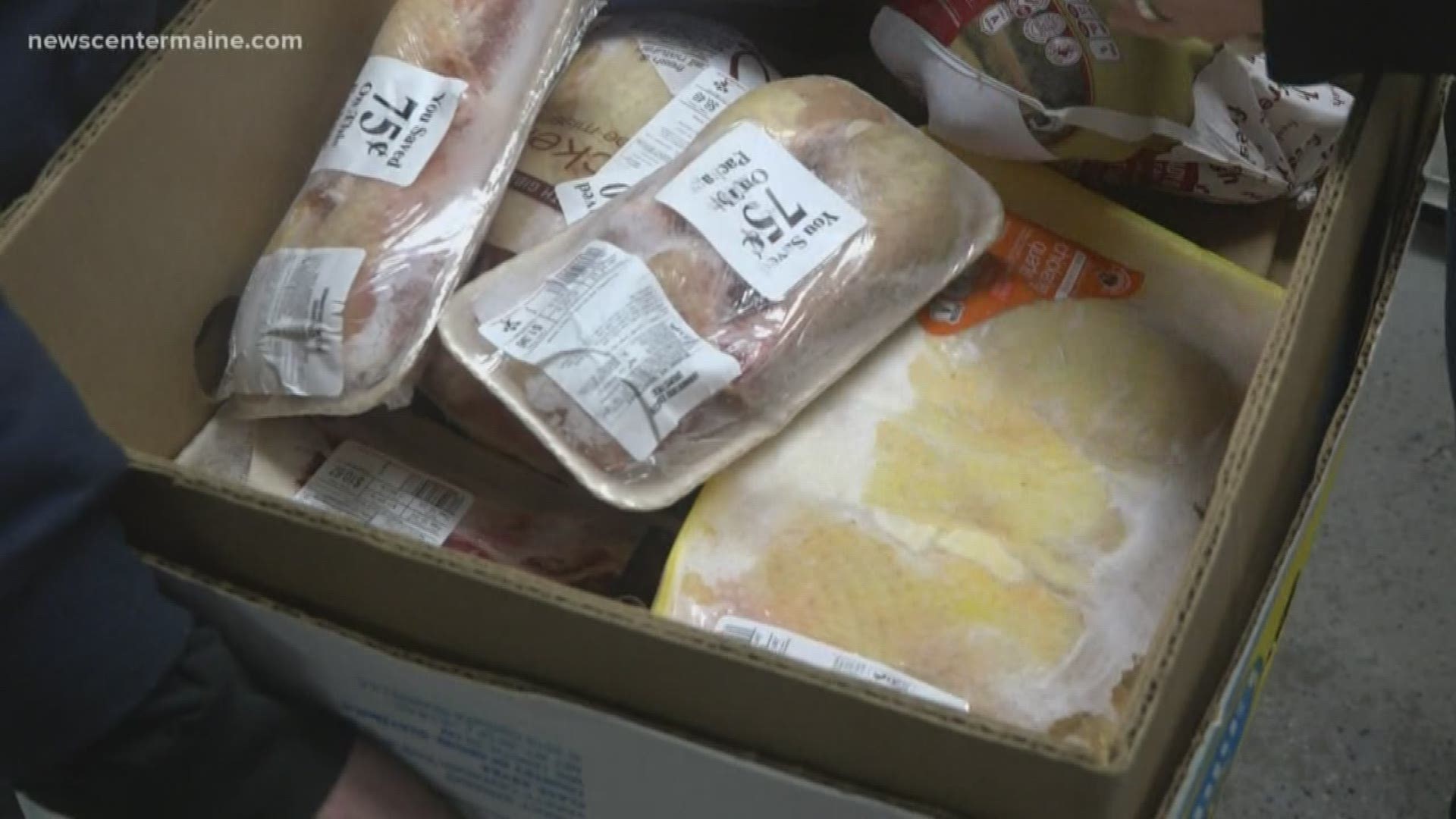 HOLDEN, Maine — 10 years ago, a group of students from Holbrook School in Holden decided to do something about the food insecurity they saw in their communities. They were known as the "Holbrook Helpers." The student helpers were able to get a monetary donation by the owners of the 'Tradewinds Market,' enabling them to build a small pantry right in their school to benefit the people in their towns.

That's when CHEFS opened its doors. They concentrated their efforts in three towns: Clifton, Holden, and Eddington.

"They were interested in providing service to people in need, It came to their mind that perhaps how can we help members of our own community," said Richard Modery, Holbrook School principal.

"I like coming in cause I take just what I need nothing else, and a lot of the other ones they pack a box for you and you get things you don't want," said Leighton.

At 83, Leighton is a frequent customer, this service enables him to cook healthy and balanced meals.

"This is a great asset to the community, there is no other way to describe it!" said Leighton.

As many as 30 families come to CHEFS every Thursday, and they hope many others in the community can spread the word for residents in need.

"One of the nice things about having the pantry on the school site is that we do have access to students, and unfortunately over the last couple of years, we also do come in some situations where students and families who are actually homeless, clearly those families are in need, and so the connection between the school and the pantry have provided us opportunities to send out in backpack form quantities of food to those families," said Modery.

People come to get their basics food products here, but one of the things that makes this pantry special is that it also has a variety of meats and dairy items.

"When they leave here they have a significant amount of food to help them get through the week and they can come weekly here, so that's an important piece too," said volunteer, Katherine Campbell.

The main purpose of CHEFS?

"We could eliminate food insecurity and make everybody feel that if they want something to eat.. they can access it," said Modery.

The resources are not only for students but also for everyone that lives in the Clifton, Holden and Eddington communities.

"To make sure that nobody goes to bed at night with an empty stomach, and nobody gets up in the morning feeling and can't find anything to fill their stomach," said Modery.

CHEFS is stocked every week thanks to Tradewinds Market

The CHEFS food pantry is opened every Thursday from 5 to 6 p.m, and the second and fourth Sunday from 9 to 10 a.m.

Everyone is welcome to drop off donations at Holbrook School in Holden to benefit of the CHEFS food program.

You can also donate to Feed Maine. All those proceeds go to the Good Shepherd Food Bank to help more Mainers get the healthy meals they need.

RELATED: Feed Maine: hallways and classrooms are filled with food in Wiscasset