Travis McKenzie joins the Calendar Club to raise $17,000 for people living with cancer at the Dempsey Center. 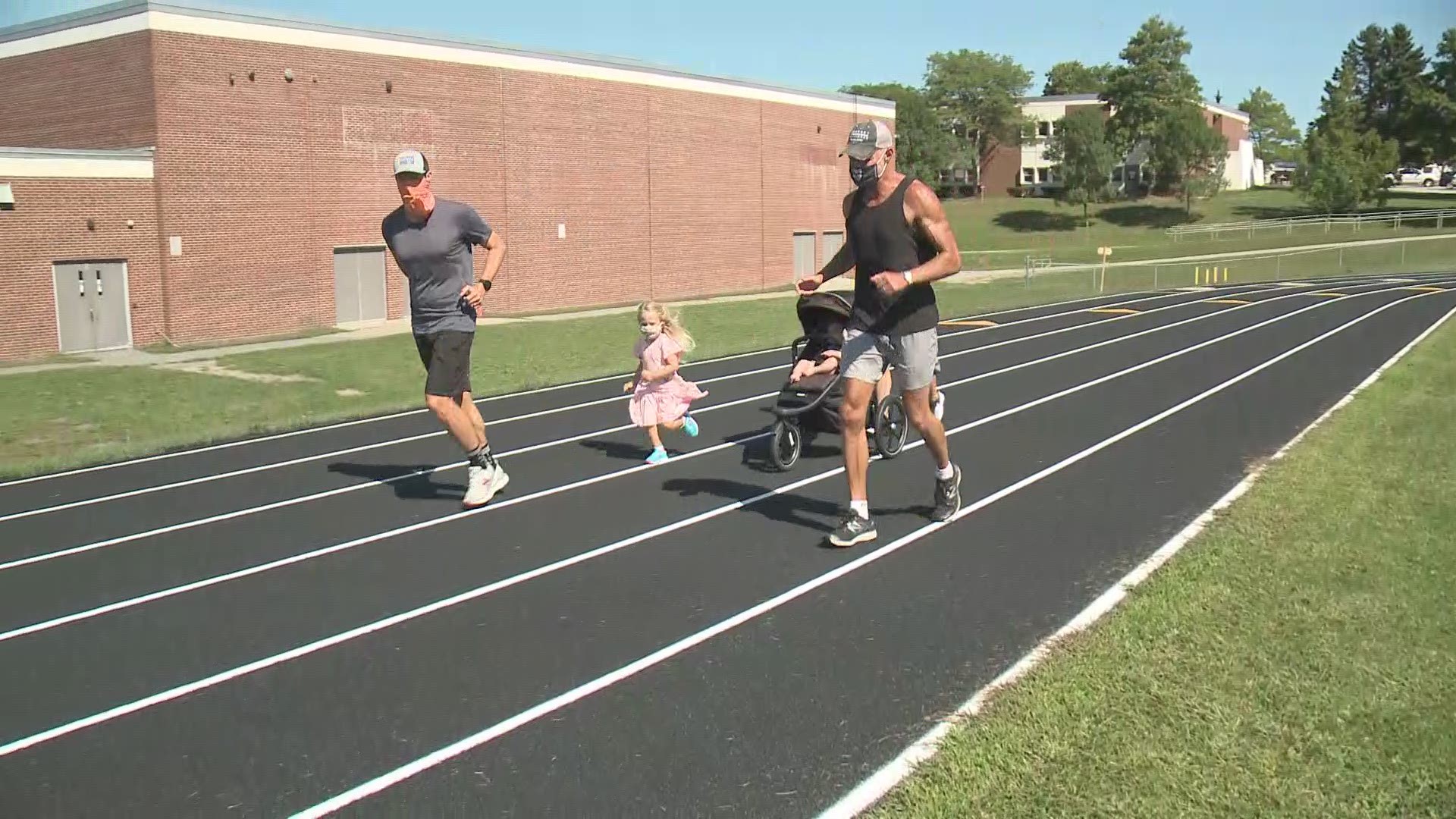 CAPE ELIZABETH, Maine — The annual Dempsey Challenge is coming up on September 26 and 27.

It's the biggest fundraiser for the Dempsey Center, which provides many services to cancer patients and their families. They provide those programs at no charge.

Right now most of the services are virtual, but after the COVID-19 coronavirus pandemic, their physical locations in South Portland and Lewiston will open back up.

This year, with COVID-19 still a part of our lives, the Challenge is "re-imagined."  It still features a walk, run, and bike ride, but the event is online this year.  The organization is hoping this virtual version will attract people from all over the world.

Some people aren't waiting until the Challenge to "hit the pavement" though. Travis McKenzie, a triathlete and ultramarathoner spent the month of July running and raising a lot of money. He did it by joining the Calendar Club.

McKenzie says, "The idea is, you run the number of miles equivalent to the date on the calendar. So, July 1, one mile. July 2, two miles. And it adds all the way up to July 31 and 31 miles. It's quite a lot of running every day. It starts out quite easy obviously, but then it starts to get real about halfway through."

With 31 days in July, the miles add up to 496. McKenzie added four more to reach an even 500 miles. Supporters and donors followed his journey on his Instagram page. The grand total? McKenzie raised more than $17,000.

McKenzie is originally from Australia, and he's been an endurance athlete since he was a kid. This year he's also been helping the Dempsey Center convert the Challenge to two popular apps, Strava and Zwift.

He explains, "If you sign up on Strava, you can add to the community goal that we have of moving 1.5 million miles and raising 1.5 million dollars. There are about 70,000 people from around the world who've signed up to participate in the community challenge, so it's an incredible way to showcase the work of the Dempsey Center and also showcase the fact that the Dempsey Challenge is a real-life event."

On the app Zwift, you can ride along with Patrick Dempsey on Saturday, September 26. The bike ride starts at 2 p.m., and though Patrick won't be with you in person, he'll have an avatar on your screen. And, he will be texting with many of the people riding with him.

McKenzie, Dempsey, and all the folks at the Dempsey Center are hoping this may turn out to be the most successful Dempsey Challenge ever.  And with 70,000 participants already signed up worldwide, it may end up being just that.  But, they're also hoping the event will get back to its roots in Lewiston in 2021.