Patrick Dempsey gears up for the Dempsey Challenge

The Dempsey Challenge will be virtual this year, but people all over the world can still ride along with Patrick Dempsey. 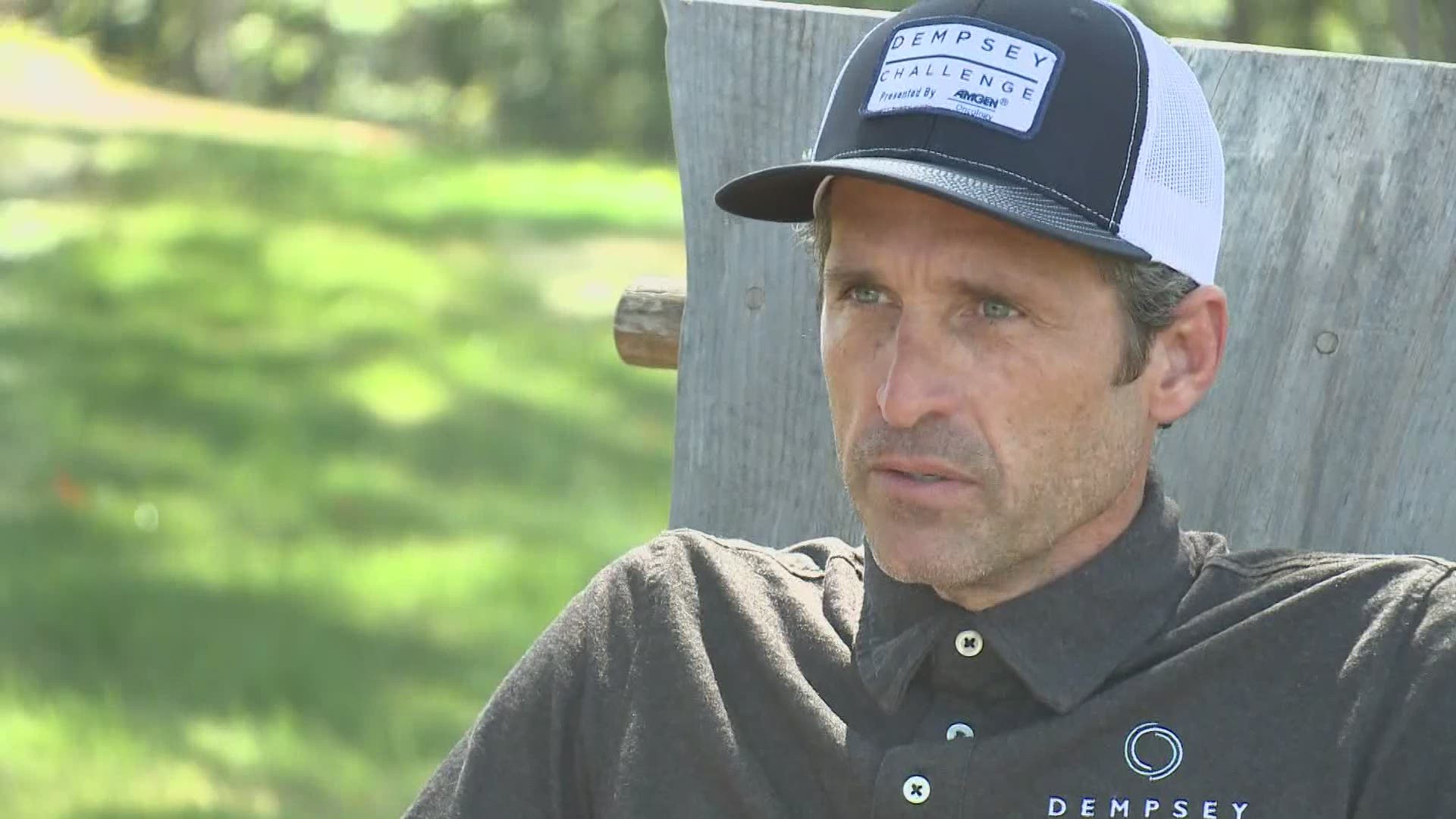 PORTLAND, Maine — The 2020 Dempsey Challenge is set for September 26 and 27. This year because of COVID-19, it will be a virtual event, but you can still ride along with Patrick Dempsey. NEWS CENTER Maine's Lee Nelson sat down recently with the actor and founder of the Dempsey Center to hear what this year's Challenge will look like.

Sitting in his yard in Kennebunkport, Dempsey reflected on the Dempsey Center staff. He's amazed at how well they've handled the pandemic.

He says, "It's amazing what the staff has done. They've handled this transition so smoothly. The pivot into making sure that we can still provide services to people online. They've done an amazing job, and the same goes for the Challenge. It won't be in person, but it'll be virtual, and it's going to be a lot of fun. There are going to be a lot of unknowns so expect the unexpected, but I think this is going to be really good. We're gonna have a worldwide platform now."

That's possible through an app called Zwift, which blends the fun of video games with the intensity of serious training.

Zwift: A Challenge Weekend Bonus Event⁠
⁠
We've partnered with @gozwift throughout September for weekly group rides, and a special ride with @patrickdempsey in an attempt to break the record for the world's largest virtual ride.⁠

On Saturday, Sept. 26 at 2 p.m., an estimated 25,000 people will be able to ride along with Dempsey no matter where they are in the world. And where will he be riding? He'll be in a room on a stationary bike.

He says, "I'm just gonna roll and just have a good time.  We will be able to communicate via text, so we'll be communicating with people all over the world. I'm looking forward to that."

Dempsey was also looking forward to getting back home to Maine—the pandemic and the wildfires have made California life very stressful. He says being back in Maine is the first time he's felt "normal" since February.

There are several Zwift riding events over the Challenge weekend. You can find more information about them at Dempseycenter.org.

In addition to the 25,000 people taking part in the Zwift ride, another 100,000 have signed up to help the Dempsey Center on the Strava app, another online platform for runners and cyclists.

The Dempsey Center offers programs and services to help people who are managing the impact of cancer, offered at no charge. The Challenge is the biggest fundraiser for the Dempsey Center every year.

While this year will look very different, it might just turn out to be the best year ever. The goal is to collect $1.5 million by collectively moving 1.5 million miles. Plus, they're hoping to break a world record for the most people taking part in a cycling event.

Throughout September we're moving 1.5 million miles and raising $1.5 million, to raise awareness and funds to support the work of the Dempsey Center. ⁠

Every $ raised provides no-cost cancer support services for anyone managing the impact of cancer. ⁠https://t.co/5vE7pcbeZm pic.twitter.com/Rz50DcZiib

At the end of the day, it's all about raising enough money so people living with cancer will have a place to go to get the counseling and other services they need to feel whole again.

Dempsey says, "If you're doing something that's for someone else, it's a higher purpose. That's the meaning of life."